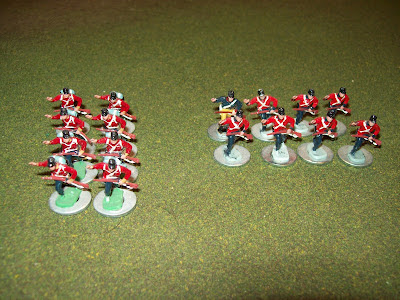 conversions. These are British 19th century. Straight paint jobs with some plasticine packs. The guys on the right have a blue painted Portuguese soldier in their ranks, a militia man from the Napoleonic wars. I had hopes of making enough of these redcoats to use them in Crimea or maybe India. 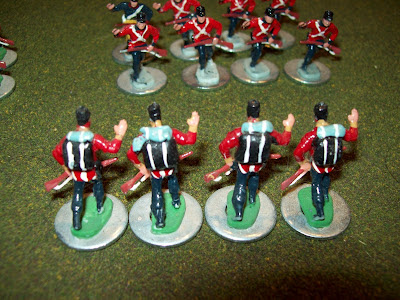 Rear view of the packs, showing some of the damage plasticine is liable to over time. 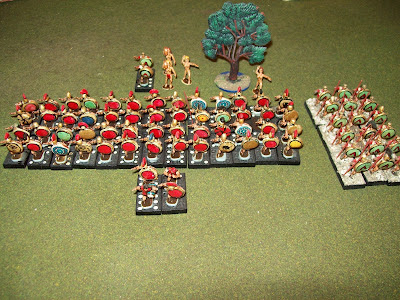 My Greeks. I made 150 0f these one summer long ago. The hardest part were the spears, they just keep breaking off. 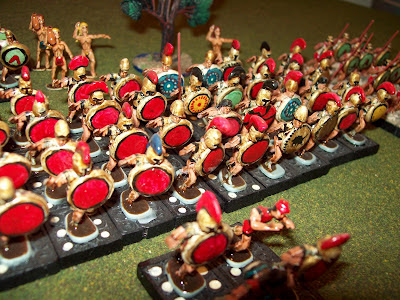 A mix of heads and hoplons. Who needs Helots when you have topless babes running the camp? These are Garrison Sword and Sorcery figures. 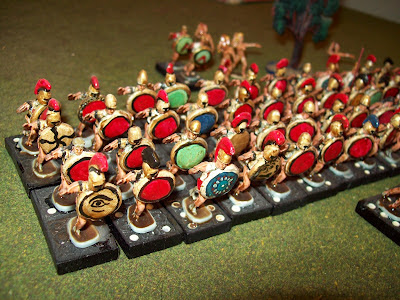 These are about half of what I made. I'll find the rest and post them all together someday. 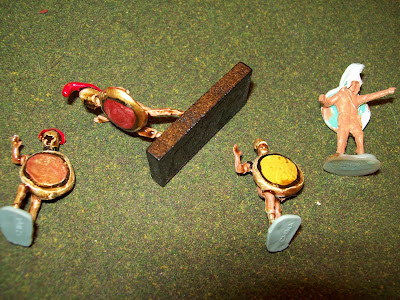 Some figures, one showing the plasticine I added. I also have made skirmishers and archers and a nice mounted Pausanias figure for Platea from a mounted Marx 7th Cavalryman. He's around somewhere.