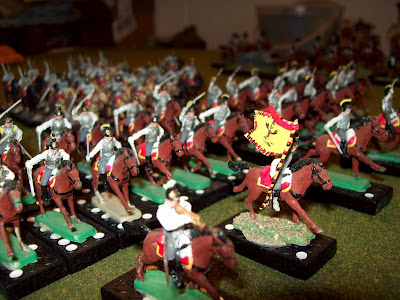 Here's a unit of 28 Austrian Cuirassier That I did some 15 years ago. They started life as Esci French Cuirassier and with paint and plasticene they changed sides. Unfortunately some of the helmets have seen hard times. 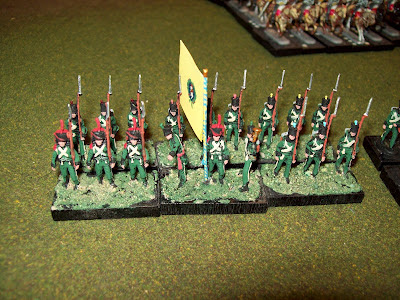 Hat Industrie Nassauers. I doubt if I will make these guys into a large 48 man units. Nice figures, the plastic is a soft plyable type that takes paint well. Paper flags painted by me. 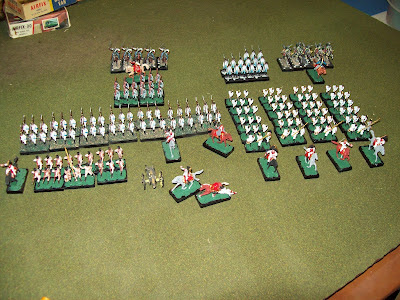 Austrians on their way to becoming 48 man units. Revell, Hat and Airfix, with some Hat Cuirassier and Italeri
French Hussars standing in as Austrians milling about in the background. The command figures in front are Giant conversions on better horses. 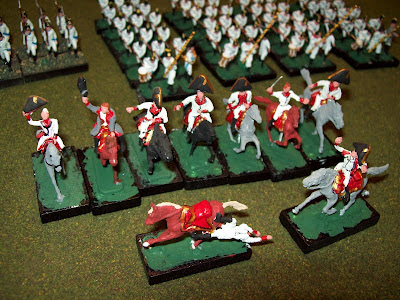 Close up of these commanders. Archduke Charles (in the greatcoat) keeps losing his plasticene hat. One poor devil seems to have slipped from the saddle in the heat of battle. Bad form old chap!

2 batteries of Airfix French artillery, with Esci guns and howitzers. Hat Ammo wagons to the rear. In front are a command group of a general/Marshal type with 2 ADC's. The Cuirassier (the 12th) have a blue, which the camera has really turned to almost a Bavarian cornflower blue. Perhaps I need new glasses. 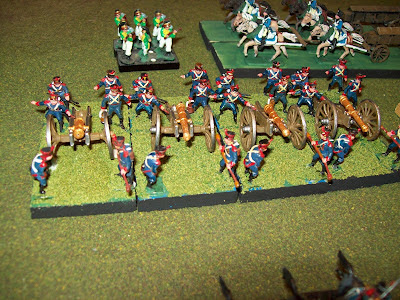 In the background are foot Dragoons. Created with "Made in China" US WW2 infantry (plasticene again), they have lasted these 20 odd years. I have 2 full units of 28 of them...somewhere. 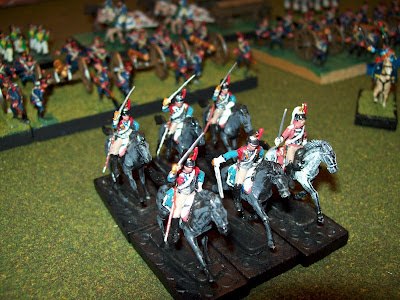 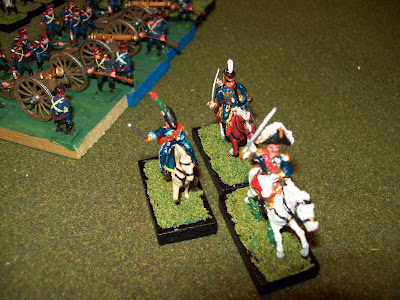 The command group. I used a mix of makers here, and used Squadron Green Putty for detailing. The officer was a headless figure that I made a new head and hat for. 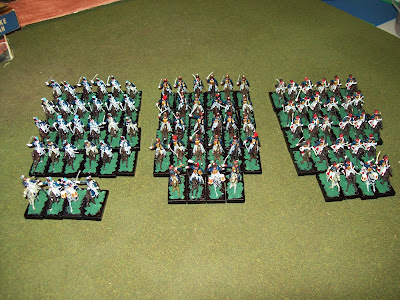 Three units of Airfix British Waterloo Hussar cavalry in the true Charles Grant "The Wargame" style. Unfortunately, one man on the right hand regiment has gone Astray, which is some where between Brussels and my basement. 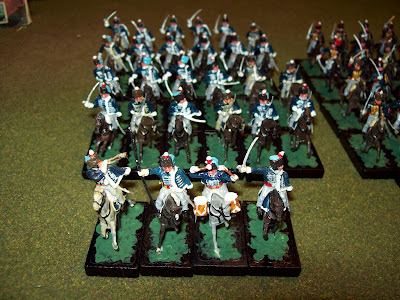 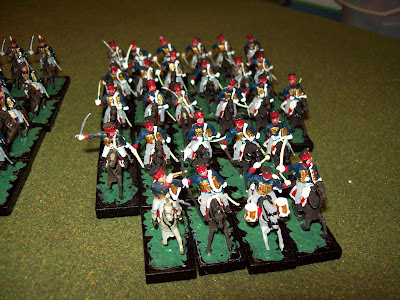 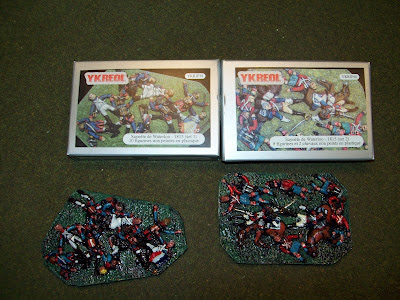 Ykreol casualty bases. Certainly a macabre subject, and I took the plunge and ordered a bunch of them from a seller in Hong Kong. They paint up reasonably well, and are made of a plastic/resin compound. The detail is good. However they really aren't worth the price. A single box costs as much as a box of Italeri or Hat figures, so a bargain they aren't. Perhaps more of a curiosity. The company website promises large "Battle Sets". I bought one, of the Little Big Horn, which has some 80 horses and men casualties. I'll post these later. They also promise a Teutoberger Wald set and another in the near future. These were worth while, the cost around $30. 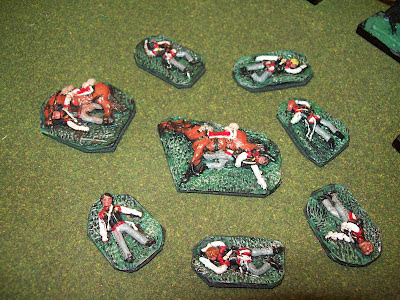 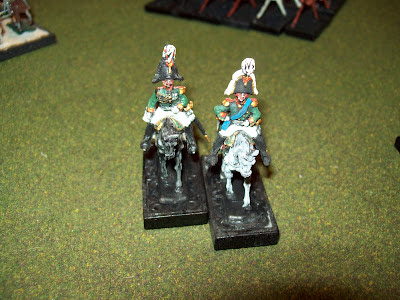 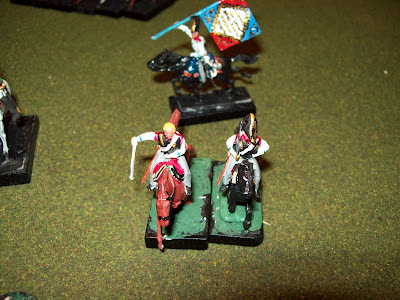 Fanciful Russian conversions, a Chevalier Garde with a captured standard, and a couple of extra Cuirassier. 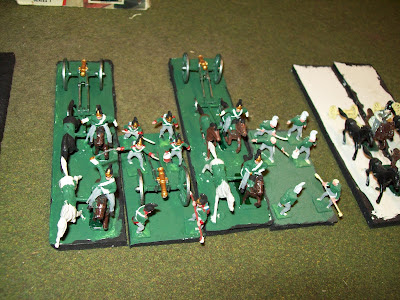 Russian Horse Artillery from Airfix, Hat and Giant. Only after I started did I realise that I gave these Horse Artillerymen packs. I didn't bother to shave them off. Oh well, c'est la guerre. 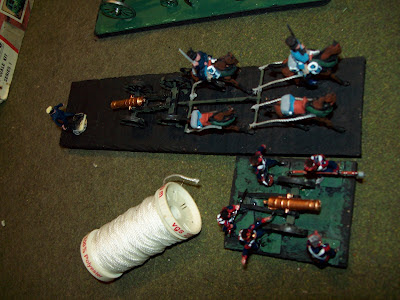 Neapolitan Foot Artillery Battery. The horses are Airfix Sheriff of Nottingham with plasticene acoutrements, Us cavalry rider and a Nottingham knight. I used florist wire for the shafts, and I found and saved this braided string about 30 years ago, and finally have a use for it. 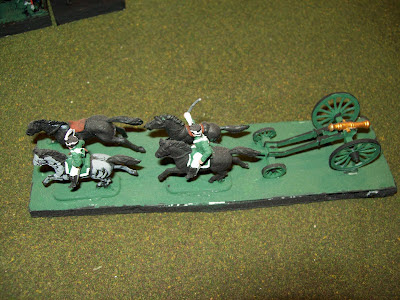 Russian Foot Artillery. As you can see, the string and florist wire would liven up an otherwise stark base.