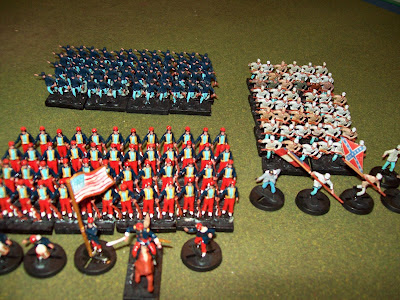 More Marx Captain Gallant figures.
As I said before I have a bunch of these and I have tried all sorts of simple conversions or just straight paint jobs to find a use for them.
First up is a pic of some US Civil War era figures. Union soldiers, Confederates and early war Zouaves. 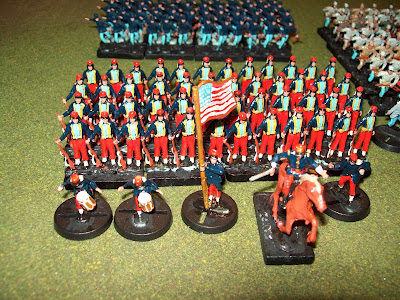 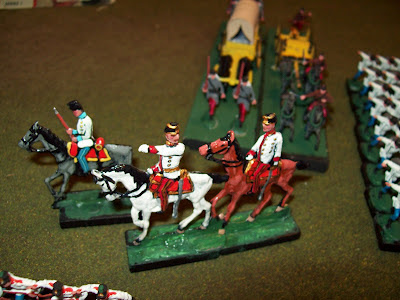 Back to my 1866 Sadowa figures. This first group is a 40mm Austrian command set I picked up on ebay. They were in a sorry state of almost no paint and showing some damage. The figures are Kober (I think) and are meant to represent Austrians of the late 19th and early 20th century. The few paint flakes left were a medium gray. I decided to promote them to command my growing Austrian army. Their large size is in keeping with their stature as command figures and as grand dads of the wargaming ilk. Shades of Callan perhaps.....

The Austrian army has grown by 4 more battalions 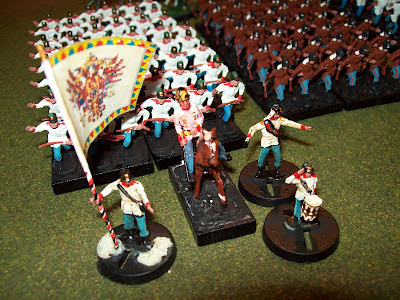 . I have done away with trying to add plasticine packs as they fall off quite readily. In fact I'm begining to think that "achoo!" is a secret Austrian order to "Drop Packs!". A lot of fiddly repairs every time I get them out. 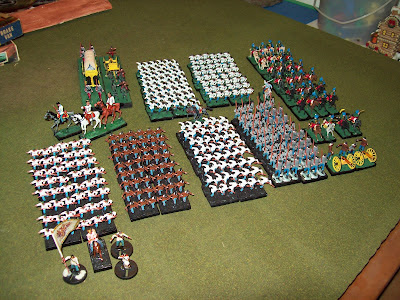 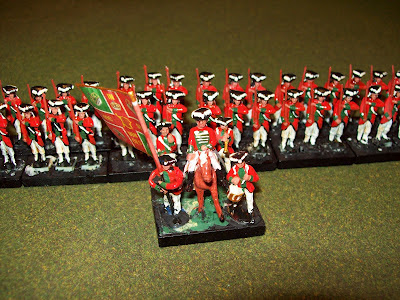 The last grouping is an attempt to use some of the figures as a Wild Geese Regiment. I'm hoping that the addage "The bigger The Hat, The Better The Soldier" holds true on some future 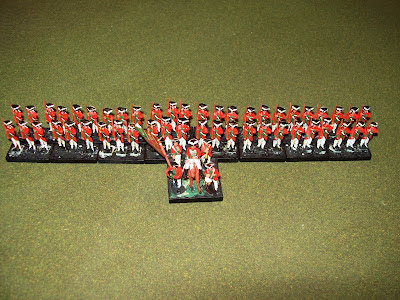