I often see these World War 2 figures at Dollar Stores around town. These are Australians, and apart from their intended purpose, I have used them in a variety of places, such as The Vendean Wars and as shown here, in the Thirty Years War. 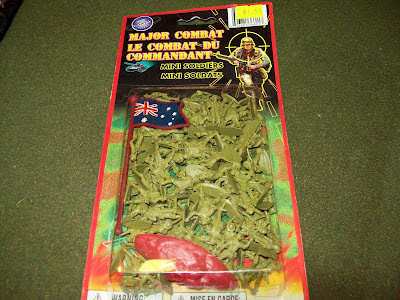 I must also appologize for the poor way some captions ended up on this page. This Google editor makes your post look proper in Compose mode, but once you Preview it, the text is all over the place. *Sigh* 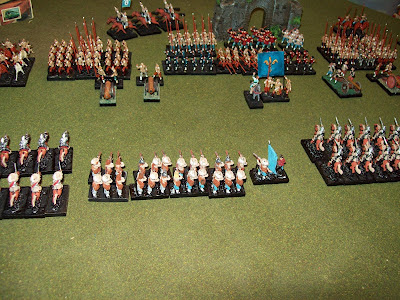 Here's a shot of my Dollar Store converts facing off a Warrior Miniatures 20mm English Civil War army- or part of it. 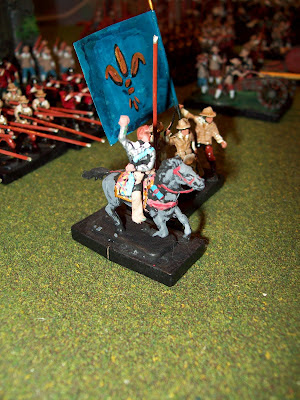 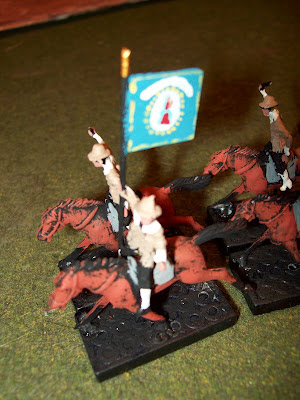 The dearth of banners is my laziness. I have no excuse, especially after I picked up a copy of Edourde Wagner's magnificent tome "Armies of the Thirty Years War". Richly illustrated with detailed watercolours, it is worth every penny, which is what it will cost you if you find a copy. (*EDIT*) When I'm at the library I don't have my books to hand, and I looked and the book I refer to is: "European Weapons And Warfare 1618-1648" by Eduarde Wagner - ISBN 0706410/0-7064-1072-6, published by Octopus Books, 1979. Currently there is a copy on Abebooks that is going for $119, and another in German for $408. I got mine for around $120. Expensive but I felt it was worth while. 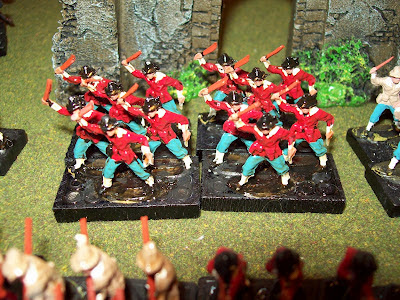 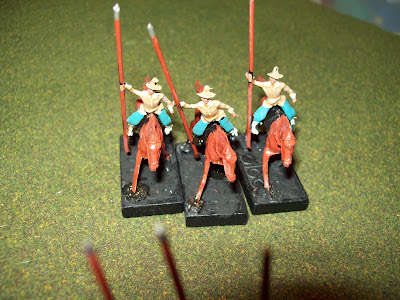 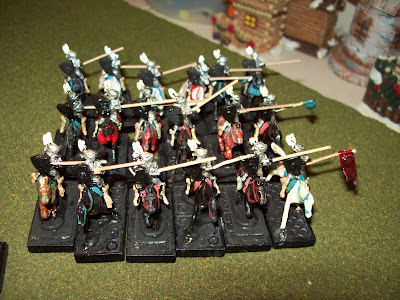 Here's an odd lot. They are the closest I have to Gendarmes. I know they shouldn't have shields and I left them black. These are home cast copies of an original Giant knight. Horses are a mixed lot, Giant, Revell and a few others. 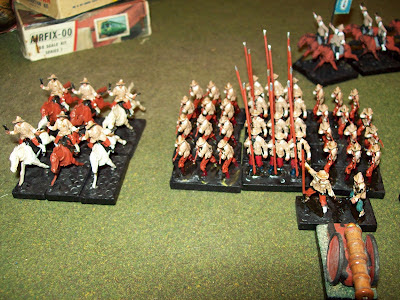 Pikemen are made with 20 gauge florist wire. 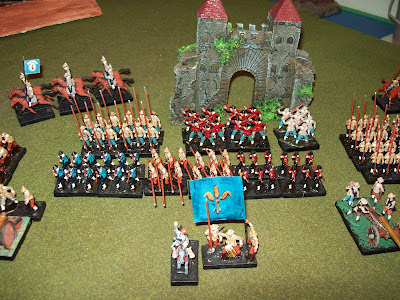 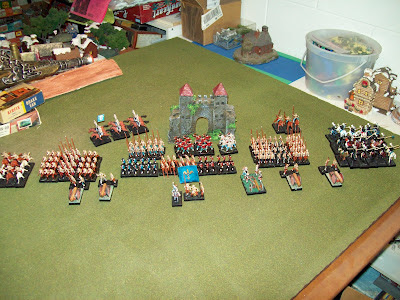 The brace of pistols in the background are awaiting some future rainy day to try and make these Halloween props look like weapons worthy of display on the wall.