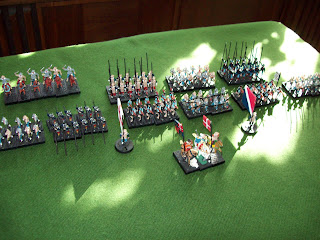 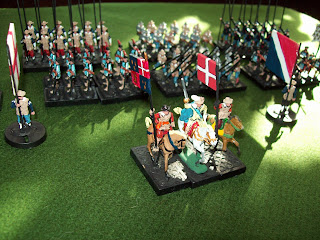 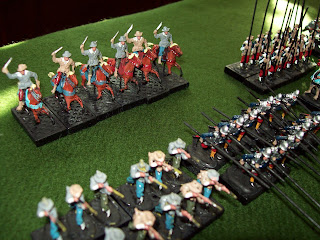 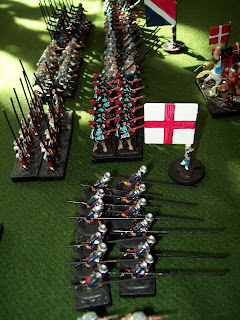 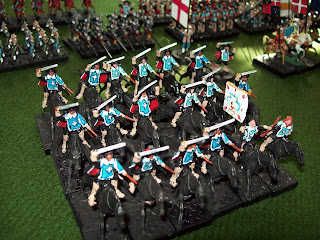 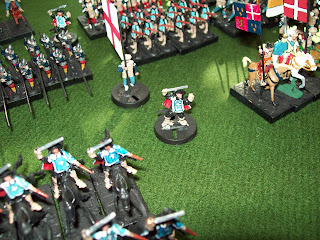 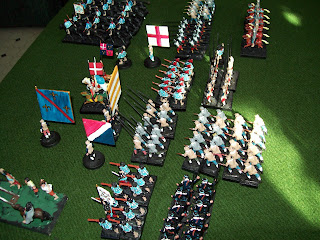 It's somewhat unfortunate that makers often focus on famous units, even if their actual number was very small.
Wikipedia mentions that the famous French Musketeers were a small unit of some 150 men at this time.
Anyway, I have 2 units of men on foot painted up and 3 mounted. The Mars set doesn't have mounted troops, so I just did a conversion with Giant horses. I also made a Conde like figure from an Australian.
My penchant for big flags, these made out of hobby wooden squares, continues apace.
On the good news front, Mars has made a fine artillery set, three per box with crew and 6 mounted figures (2 poses), as well as others from this period to come. I hear tell that some of Cardinal Richelieu's guards are on their way.  D'artagnon, ou etes-vous?
Posted by Doug at 10:53 AM