After shamelessly using my little blog to whine and whinge about a laughable transaction, I thought I'd better do something toy soldier related.
I see that I'm approaching 30,000 visits, so I thought a post about some special figures would be in order.
Several years ago I was able to purchase some Napoleonic figures from wargames legend Stuart Asquith.
Mr. Asquith didn't do Paypal, so I sent an International Postal Money Order.
And his bank didn't recognize it.
By now I was pretty embarrased, so I went to a local exchange and sent Mr. Asquith some British cash.
He was really nice about my mix ups, and sent me the following figures. 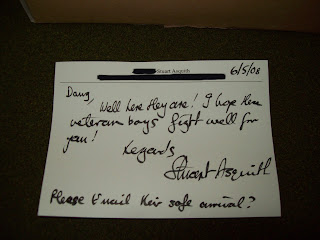 I blurred his address out of respect. And yes, all his prior correspondence was written with a caligraphy pen, pretty classy!

Here are the soldiers, some of which, I believe, were featured in "Practical Wargamer" magazine. 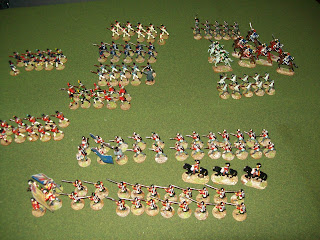 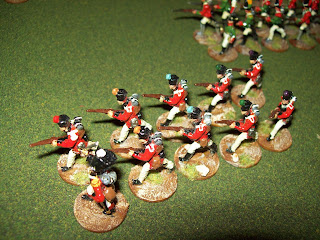 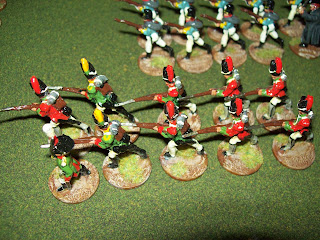 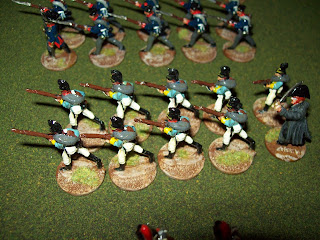 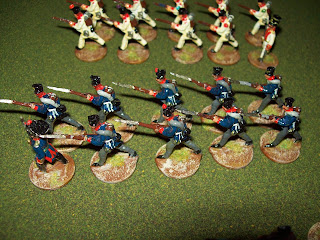 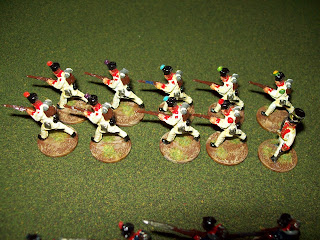 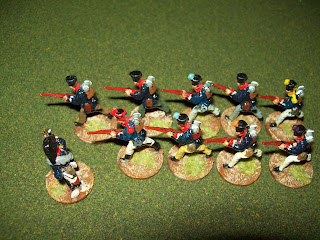 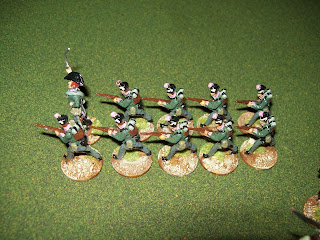 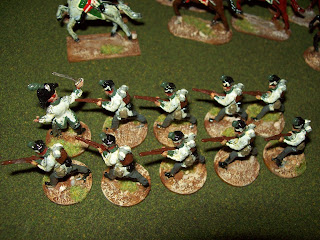 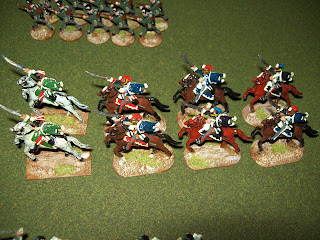 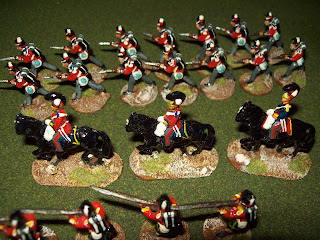 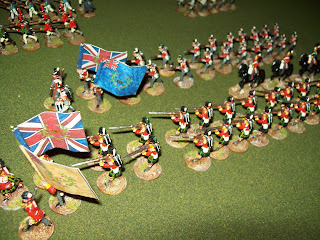 Most of the figures are Spencer Smith Miniatures, with other lead figures for officers and specials. The men on foot are mounted on coins, the horses on card.
Excellently presented, with an unfashionably shiny finish.
Just a short post this time 'round.
I'll play a scenario with these guys today and post tomorrow!
Posted by Doug at 9:42 AM