A year and a half ago I visited a North American Indian religious site. I took a bunch of pictures, and I thought that some wargamers might be interested in this sort of thing to model on a DBA camp or diorama. 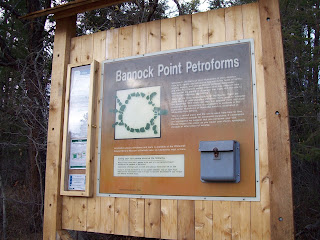 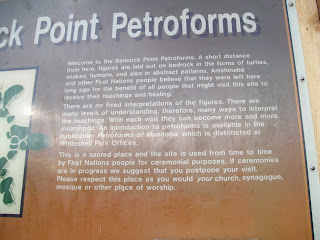 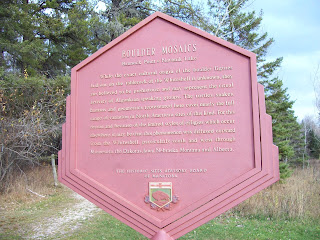 The area is a wide expanse of bare granite rocks in the Whiteshell area of eastern Manitoba. A series of designs were created by Indians long ago (First Nations peoples) and spiritual ceremonies were carried out there. Today it is seen as a religious site for these people, and visitors are asked to look but not touch as people today still visit and hold ceremonies. 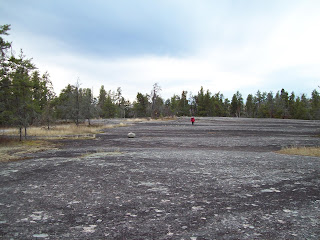 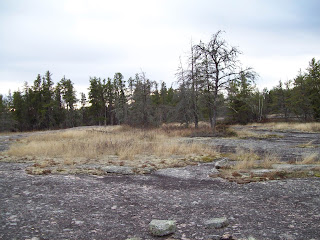 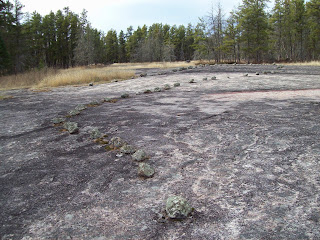 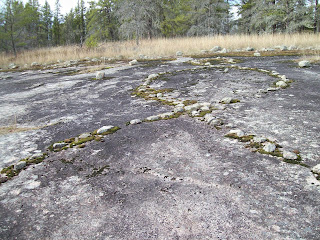 Some of the rock forms are easily recognizable while others are not. There are also some overgrown with grass on the edges of the site. 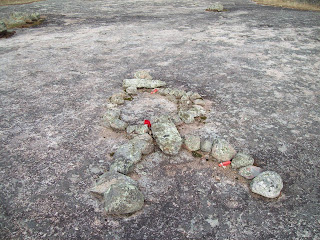 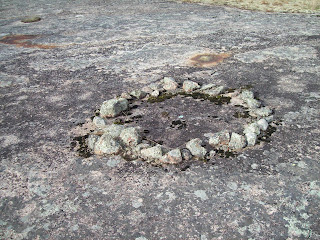 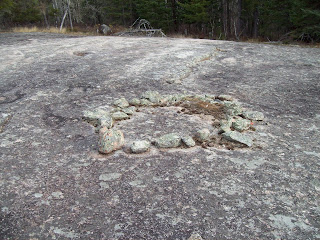 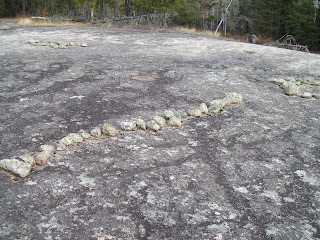 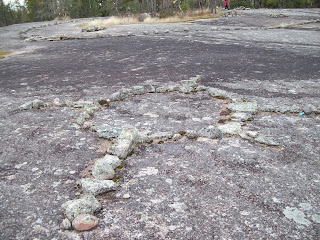 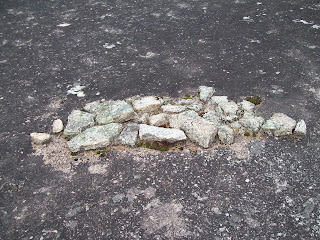 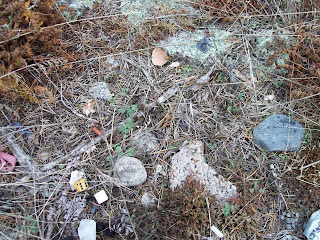 Unusual for me, I happened upon a plastic WW2 German soldier toy and some dice. Wargaming follows me everywhere.
The area of the petroforms is wild. It's along a lake and the bush around it is typical for the whiteshell, not the easiest bush to walk through. 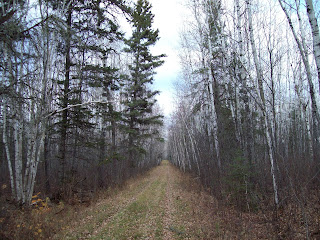 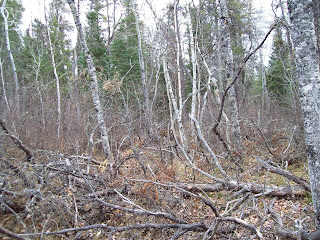 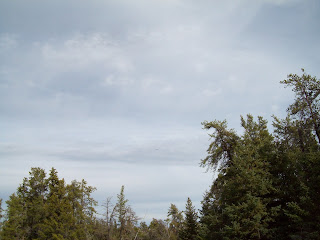 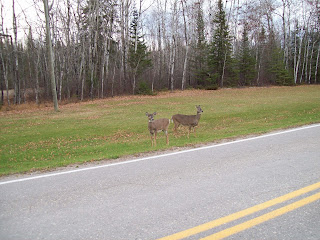 I saw some wildlife in the form of an eagle and some deer.
Posted by Doug at 12:41 PM