A return to my own figures.
I'm painting some of those 204 Revolutionary War soldiers as British. I went for the white powdered wigs and didn't fuss about the non existant turnbacks on those short coats. A couple of hat swaps, as well as some plasticine bearskins for some drummers. 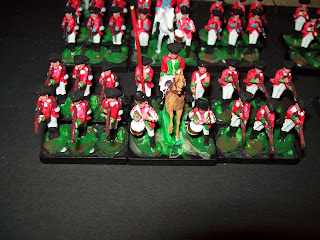 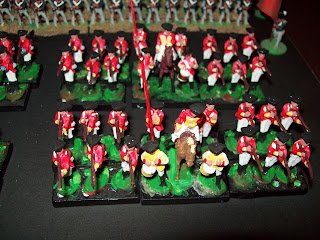 Some white belts to be added, a heavy gloss coat and then some base scatter and paint. The single flag bearer per unit limits me to making either the Union Jack or the regimental colour. I'll have to sit down and draw them out and paint them.
Up next is a project I started in the 1990's. I had purchased a bag of Waterloo Airfix British on ebay, and they were the picked over remains from another gamer. I had a hundred or so of the loading figure. I ended up making a "sort of" Dutch Waterloo militia. The hat's are wrong, but generally they'll do the job, maybe even stand in for some Americans if I do an 1812 game. These guys are from two 48 man regiments, so after rebasing and reorganization I'll need 8 command bases. The flags are nice and colourful anyway. 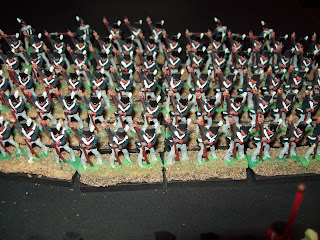 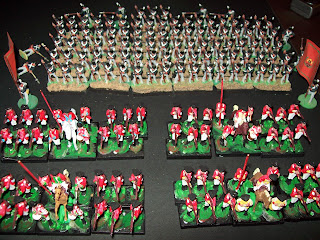 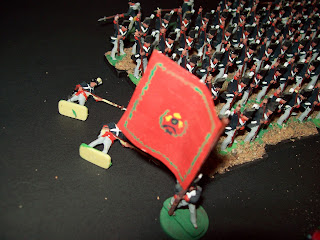 These guys took some damage over the years. Giant cowboys made into Austrian Napoleonic Chevaux Legers. Two lost their helms, but otherwise they're not so bad. Just some sand on the base and a couple touch ups needed. 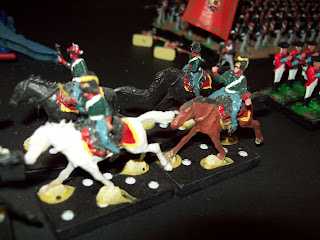 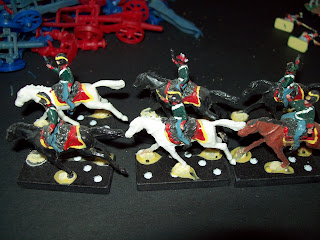 Finally some Portuguese based in the old way, on cardboard and 6 to a base. It might be a job to pop these guys free. I might have to leave them as is. I like the general figure. Too bad I left some fluff on his horse's tail! I better make sure I get to it before I gloss them. 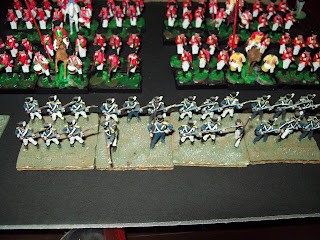 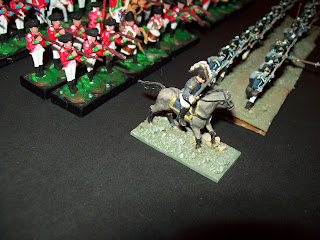 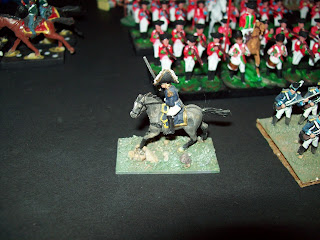 I found a couple of photos from my old wargame set up years ago. I did the 2 foot square insulation tiles and they looked pretty good. But moves and time meant they went the way of the buffalo. I ought to do it again. I'll fish out those pix and do a post with them later.
Posted by Doug at 10:01 AM