I thought I had better post some toys, so here are a few I’ve been working on: 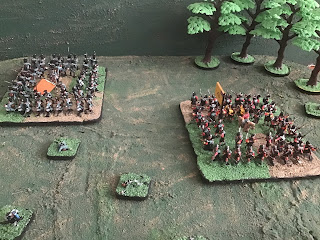 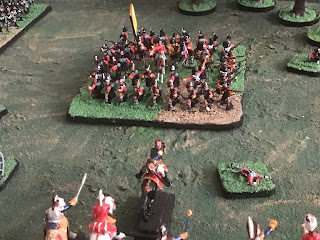 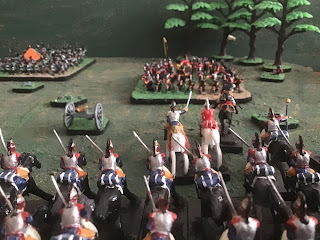 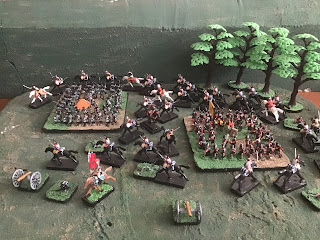 Suitable for the anniversary of Waterloo.

Even “Le Rougeaux” is in the lead.

I suspect Colonel Heymmes is off asking Napoleon for more troops.... 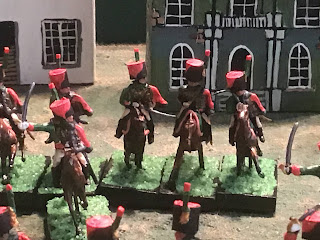 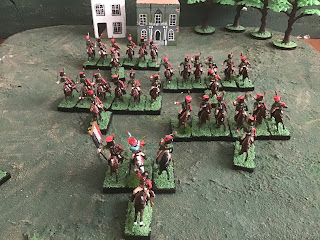 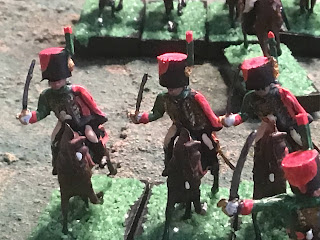 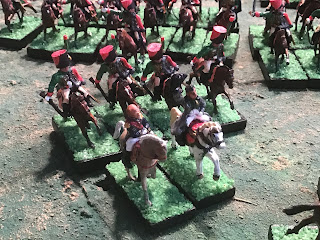 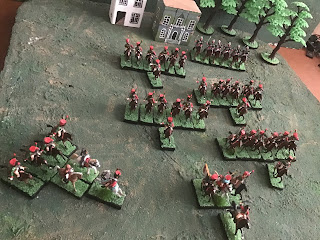 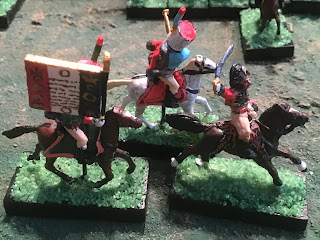 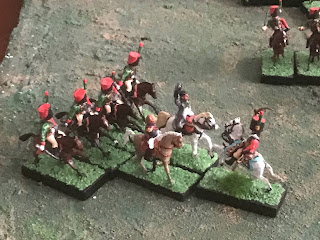 I also added a squadron of Young Guard Chasseurs: 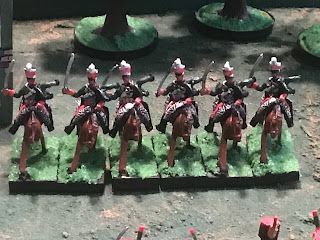 I’ve been doing artillery as well.

I bought a bunch of Hat stuff, but I don’t like how they go together (or don’t), so I’m going it alone with balsa wood, toothpicks and spare wheels. The riders are lead Hinchliffe artillery riders that are kinda small for 25mm, but they fit in here.

The guns are just stand ins for now.

Esci are the best, but I don’t have more than a dozen so far, and the Italeri/Zvezda Guard Horse artillery guns are too small. However, their horses and teams are a perfect set, easy to assemble and they stay assembled. However, the caisson might be a fiddle, as I have yet to see a limber of this sort outside of the British style. Anyway, I did a couple of gun crews in the same style as the Chasseurs A Cheval. 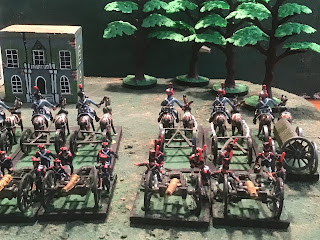 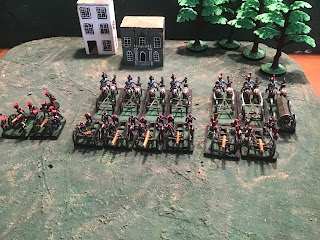 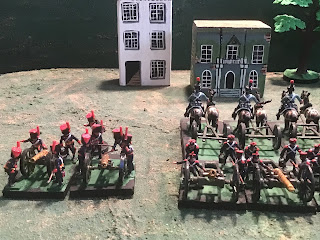 The buildings are just blocks of wood I painted.