Everyone Loves A Parade, A Petite Review 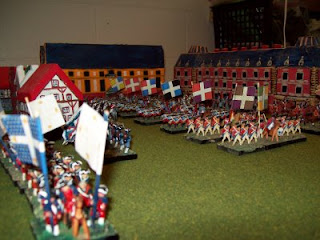 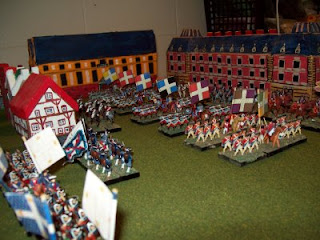 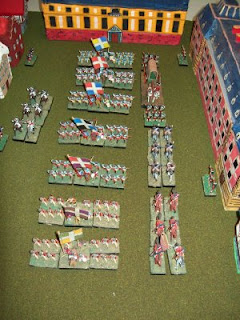 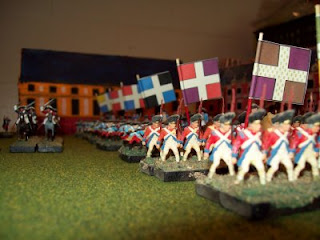 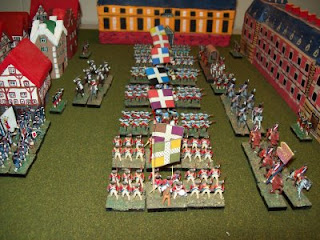 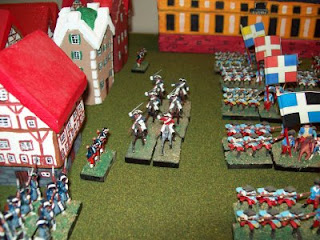 I got out more of my fictional 18th century army. Whilst my original intent was to make large 48 man units like Charles Grant's "The Wargame" had, I long ago decided to do a dual sort of system. I do make large units, but I also make extra command stands so that the large units can be broken down into 4 stands of 3 men and by adding a command stand with officers and flags and such, I can make 4 small units that are more suitable to a smaller table and in a sense, larger battles, ie., more units. One pic shows that my Grand Review drew onlookers in the way of Tabatha, a polite cat who doesn't sit on my soldiers or spirit them away at all..... 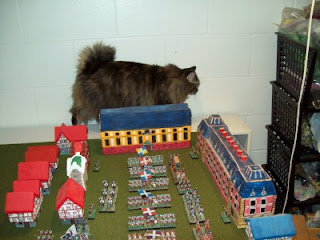 Purists will note that the flags in no way represent the units carrying them. I long ago gave up on doing it historically correct and decided on doing my own fictional units, so that explains that. Their opposition is decidedly more Prussian, and I will get to putting up some of them and their Austrian and Russian neighbors as well. Currently I have a number of Bavarianeque units on the way. Here's a close up of their commander, and one of their flags - made from hobby foam sheet and painted. 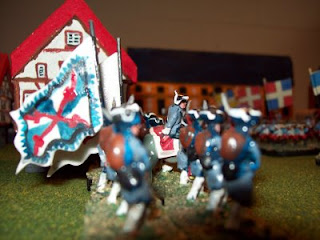 The next photo shows my HaT Industrie Horse Grenadiers. They still need some sword paint and PVA finish. These are very dark, painted black then drybrushed colours. I think it's a technique called "speedpainting". I'm not all that enthused. 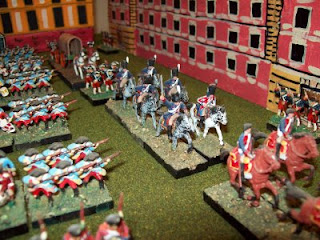 The next couple of photos are of Revell's Austrian Dragoons and some converted Esci Cuirassier. The telephone pole guidon is a bit unfortunate, but I've had some problems with flag poles and durability. 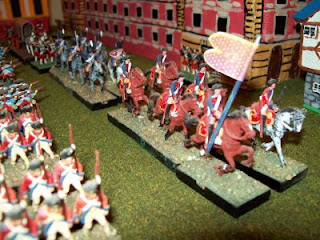 Florist wire is a bit too thin, Plasticstruct rod is perfect, but it breaks, especially when you take the figures out of the box or off the shelf. They don't stand up to felines either. The cocktail stix are a temporary solution that has seemed to stay. I also bought a shop broom at a hardware store and then cut off the bristles. These are good. I used them for my Swiss style converted Germans and for my Bavarian 18th century units.