Digging In The Closet, And Errors Of The Past 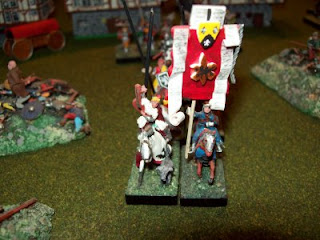 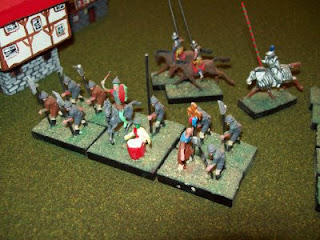 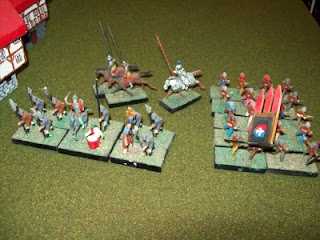 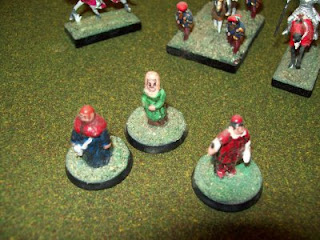 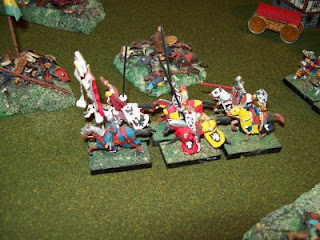 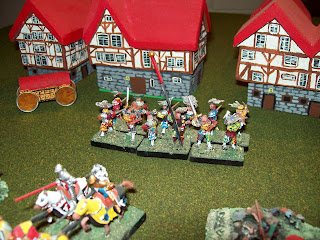 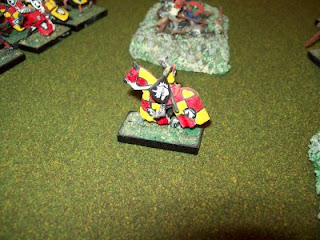 I'm having fun with my camera, so i did some digging and uncovered a project from some time back. Games Workshop were doing amazing things in their White Dwarf magazine, so I tried to take some inspiration in creating medieval/renaissance units of my own. The dollar store soldiers, Giant copies, and Airfix and other plastic and even metal figures were used. I also came across some of my own creations, civilians mostly, that I made out of plasticene. I coated them with PVA and painted them, but I gave them a gloss seal with ModPodge. It makes a nice crystal coating, but it NEVER hardens. It always remains tacky. So now, some 10 years later I have to try and pick the dust and fluff off of some of my toys. Anyway, you might notice some wierd "hills" full of debris and dead guys. These were made for a scenario from a GW publication that had zombies coming from the dead as a force tried to cross an old battlefield. The wagon in the background is made from wood and painted by me.
Games Workshop inspired me to make the huge banners. In the second image you can see a dollar store unit in production, with a Giant copy indian as commander with new hat, an enourmous war drum, and a man awaiting a banner to be painted. The rank and file all have lochaber type axes made fom craft foam, which is what I also used for the flags. The dog in the first picture is from Irregular Miniatures and his master is a bard inspired knight.
Posted by Doug at 7:48 PM