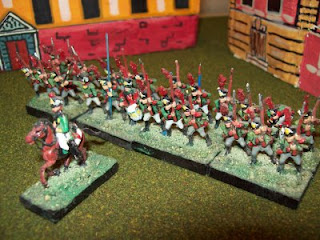 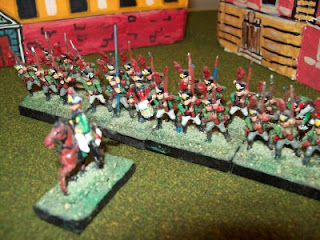 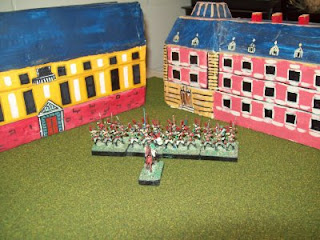 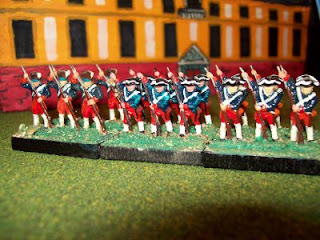 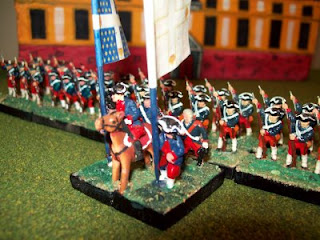 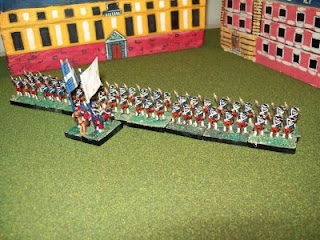 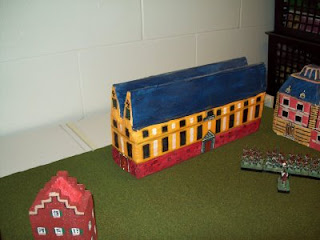 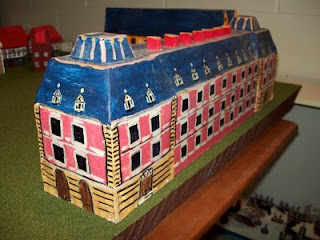 I dusted off two large buildings to use as backdrop this time. They are simplicity itself. Just a block of 4x4 fence post, plastered and painted. The roofs are cardboard and masking tape that was then plastered. The large blue unit is a fictional wargame unit of 48 other ranks and a base of 5 officers and ensigns. This complies with the Charles Grant rules espoused in "The Wargame". They are sort of Gardes Francaise, or at least their flags say so. The other unit shown is a Rhienbund unit of the the Napoleonic wars. They are showing some wear. The plumes were made from pipe cleaner that was trimmed to shape and set in a drilled out hole in the shako.
Posted by Doug at 10:49 AM