Some Oddments I’ve Been Working On

I’ve taken a bit of a break now that the lock down is over (for now…) by getting out and walking and listening to podcasts. 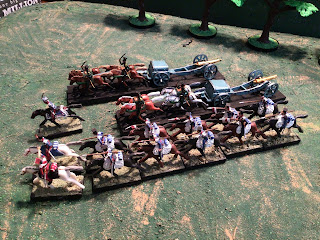 Polish Napoleonic lancers from the Grand Duchy of Warsaw, and a couple of fanciful horse guns. Giant toys with Esci riders. The lancers are Esci lancers on Thai Giant copies with plasticine shebraques. 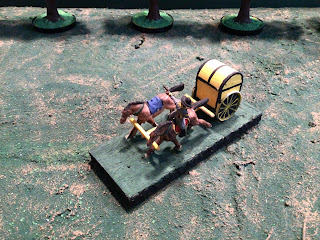 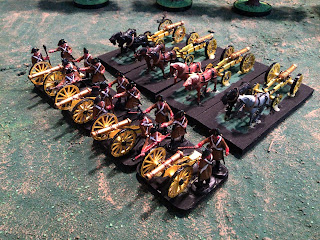 Austrian foot artillery and an ammunition wagon. Odd looking  perhaps but I based it on a Minifigs model I saw in a French wargame magazine, “Uniformes”. 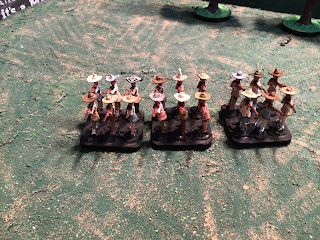 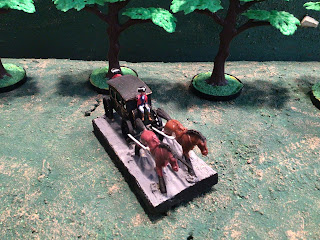 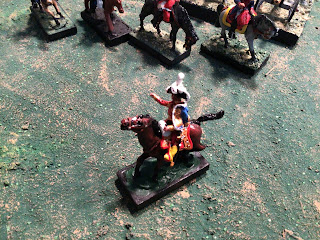 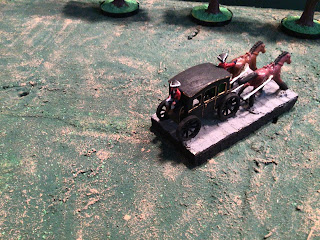 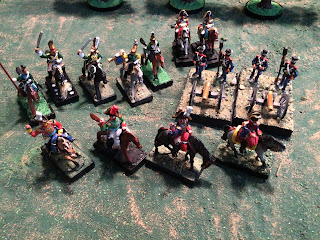 A selection of stuff. Heading is a group of Mexican militia. Suitable for Cinco De Mayo or even the Mexican Civil War. Converted Indians from the Lucky toys Revolutionary War Set.

Next is a toy coach I dolled up to be a European coach, suitable for a highway man or woman (Mary Ferrers) or for Marlborough to offer to Clerembault.

In the centre  is a Hinchliffe 25mm Marshal Murat from their Personalities range. I always had a weak spot for Hinchliffe. The other weak spot was in my wallet which couldn’t afford them way back when.

Finally a mix of 25 mm figures. I often buy mixed lots of figures and this is a result. Several Spanish generals painted up rather fancifully, one was horseless so he got a plasticine saddle and a Thai Giant horse. The Royal Foot Artillery guys are manning a gun from Eagle Games.

In the back are a couple of Minifig ADC’s painted up as fanciful dudes, maybe Spanish?

And the rest are Prince August Waterloo figures. I love finding these in eBay purchases as their lack of detail and over all smoothness make them true toy soldiers that look great in bright colours and gloss.

Well, that’s it for now.

I’m still working on Edgehill. Hope to have it up soon.