Dark Alliance figures have been making Lord of the Rings inspired figures in 1/72 scale.

These, and there are two sets of 12 figures each, are based on the Rohan cavalry, but could easily be used as late Roman era goths, Huns, and other types, as well as Eastern European cavalry in the early medieval period. 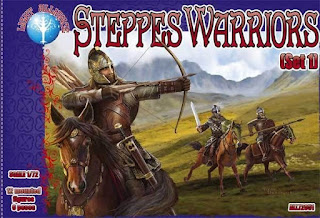 I painted up 3 boxes of each.

The only quibble is that the riders can eventually pop off the saddle as the legs are kind of a tight fit.

I think the best recourse would be to shave off some plastic from inside the leg or secure the rider with a metal pin and glue. 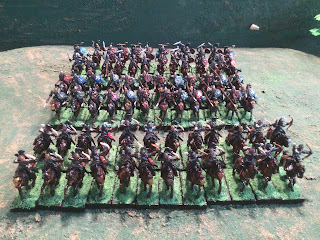 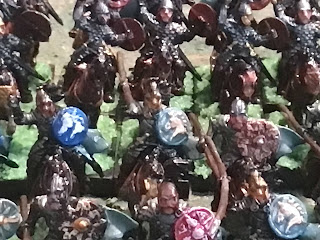 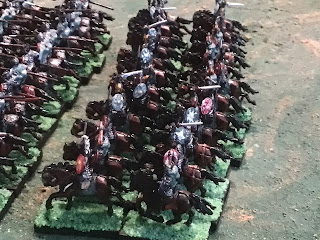 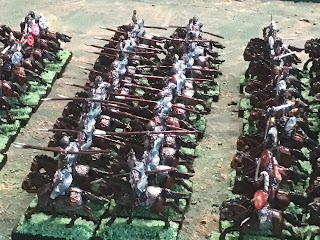 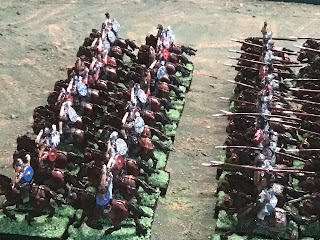