I finished off an old Airfix Hussar unit that I picked up on eBay a long time ago. They needed only a couple of touch ups and a trumpeter and kettle drummer. Whoever painted these did a real nice job. I *think* they are the12th Hussars by the colours. Oddly enough I had the exact colour for the pelisse. It looks like the old enamel Humbrol “hellblau” but I found it in acrylics as “sea foam”. 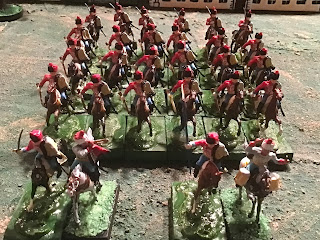 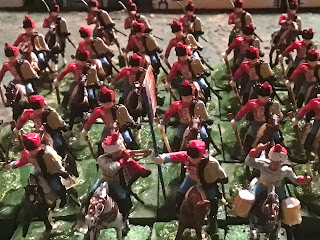 Here’s a unit of French “imagination” soldiers using some old Lucky Toys Revolutionary War toys. Sorry about the flag, but I ain’t painting all those tiny fleurs des lis. Maybe I’ll use a Sharpie and draw them over the gold splotches…. 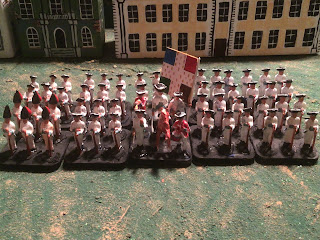 Looks like they are arrayed in order to greet some old acquaintances…. 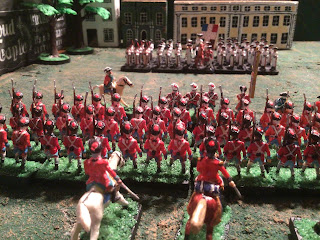 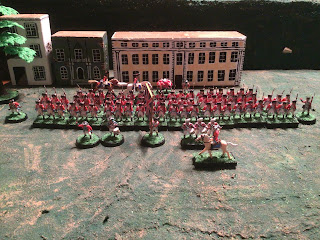 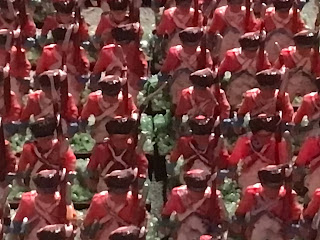 Next are some Strelets Highlanders. I had to add a half dozen figures in order to make a unit of 48 (I’ve yet to finish the command base), but the problem was that Strelets figures tower over other 1/72 figures. The only ones who stood eye to eye with them were the Lucky Toys figures. So I converted a few into Waterloo highlanders with plasticine and toothpick muskets. 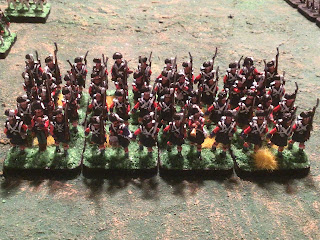 I played around with a few Airfix British Grenadiers and made some fanciful figures. Loosely based on an illustration of Paris National Guard, I made a couple of small units… 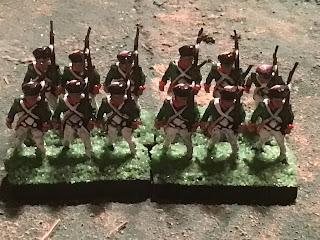 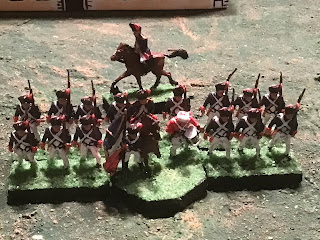 Here’s a couple more pix of those red grenadiers. I tried to slide them in at the appropriate spot but blogger put them at the bottom of the page. 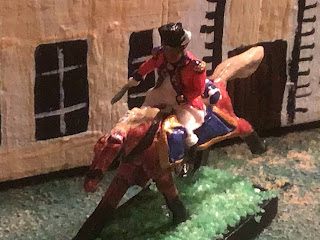 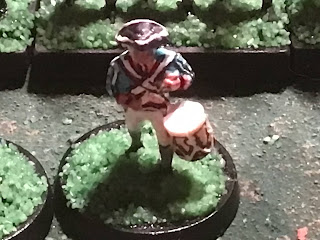 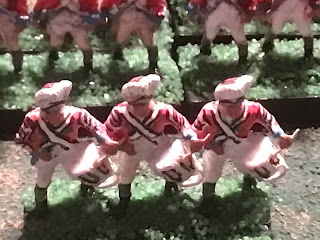