Some Late Roman/Byzantine Soldiers Plus Some New Dollar Store Items 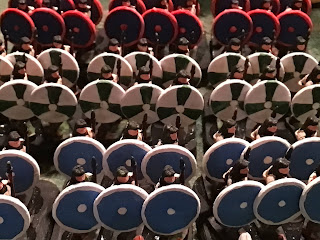 These are some infantry, just toys from the Risk game “Godstorm!”

I have some other infantry, loosely based on the Hinchliffe figures and WRG book “Armies and Enemies of Rome”, that I posted here: http://dougssoldiers.blogspot.com/2015/10/some-photos-i-found.html 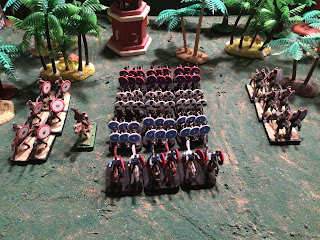 The cavalry in front are Emhar rowing Vikings with plastic shield on Giant recast horses. 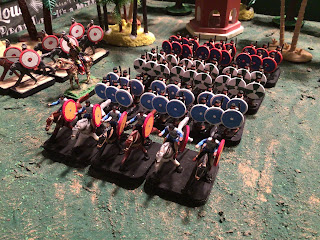 I have a metal command figure I picked up on eBay. He might be a stand in for Justinian or Stilicho. As an aside, author Kieth Roberts book “ The Boat of Fate” has a vivid description of Stilicho. An excellent book on late Rome set in France, Spain and Britain. One of my favourite re reads. 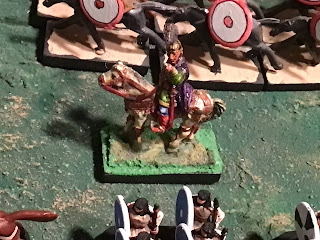 Next up is a regiment of British Waterloo Hussars. These are some of those guys I picked up a while back from eBay. I did some touch ups to the chipping of old Humbrol paint and coated with a seal of wax. Nice figures but the original owner never painted up the trumpeters or kettle drummers. 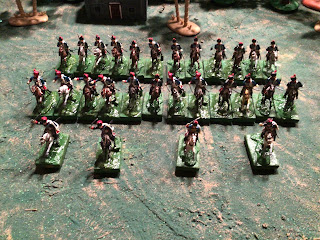 Finally some new made in China dollar store toys. 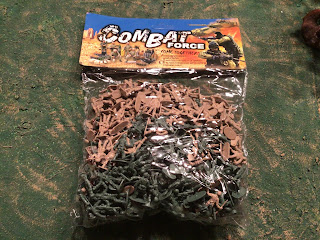 Unfortunately I had to get these on eBay and not my local store. I guess with shipping backlogs it will be some time before I see them here.

Anyway, here’s the eBay photos which show the poses in two colours and an idea of their size: 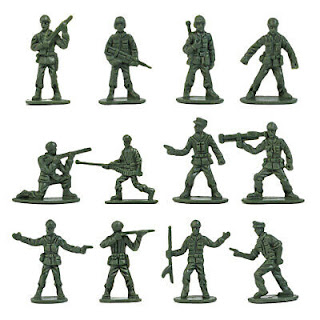 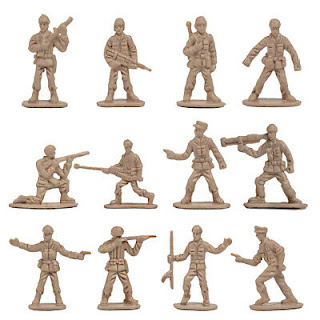 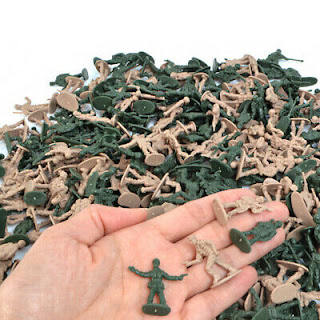 Here’s my own size comparisons: 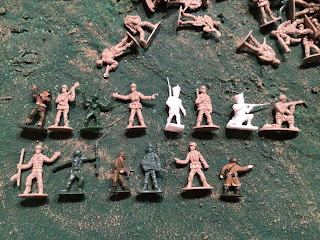 Top row left, Airfix Paratrooper pretty close in scale, next pair is the  1/76 scale “Follow me” GI officer who is towered over by the new guy.  The last two pairs are Airfix Waterloo French and they aren’t too badly matched size wise.

Bottom row: a made in Hong Kong GI next to the new pose, quite a difference, and finally a couple of pairs of 1/76 scale Matchbox figures being dwarfed by the new guys.

Over all the new figures are crude, but the  poses are unique and for me, someone who cuts them up, drills them and slathers them with plasticine, I have to say I’m pleased. Some poses have wide spaced legs which might make mounting them on horseback that much easier.

Anyway, a curiosity perhaps, but one with some use.