Here are some more plasticene conversions and some complete plasticene figures I’ve made.

First up is my attempt to have some of Marlborough’s Danish corps. 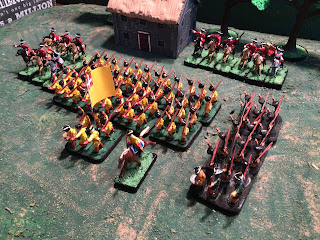 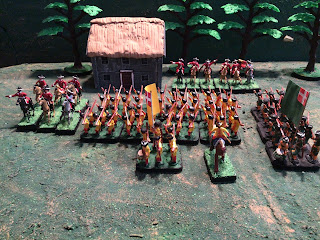 The infantry are made in China US GI’s in the “follow me” pose with toothpick guns. In support are two squadrons of dragoons.

As for the uniforms, I used an article in Military Modelling from the 90’s, but a perusal of Charles Grant’s book on the armies of the wars says the coats were all grey and only the pants and stockings were colourful. Oh well, Knotel says they were yellow. I’m completely lost on the flags, I know there should be two, but I’ve seen multiple designs, so I just made one up. Oh yes, I started on the green regiment as well. 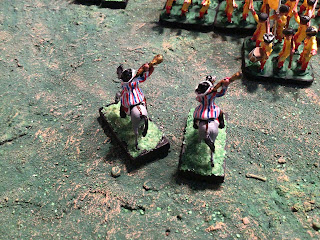 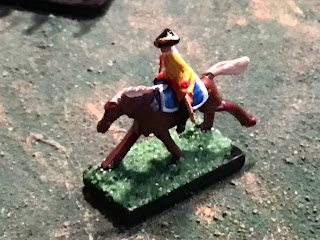 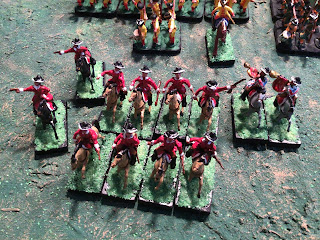 The horse. A couple trumpeters, the yellow commander and the dragoons. Except for the commander, they are those Thai cowboys I found. Commander Yellow is an Esci Scots Grey.

Up next are a couple of Greeks. The mounted guy is Pausanias, formerly a Marx 7th cavalry trooper. Hopefully fighting Persians is more successful than the Indian confederation, but he did end up in a bad way too.

The wounded guy sitting on his shield is made entirely of plasticene and mounted on a poker chip. 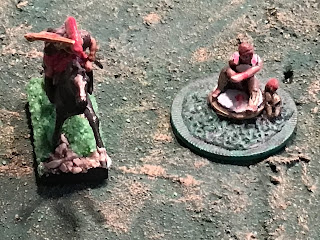 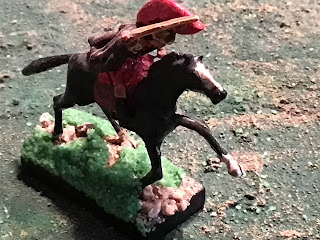 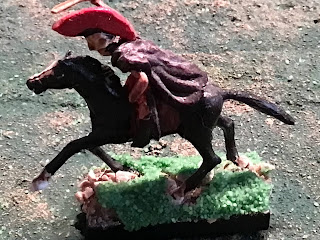 These guys are made of plasticene and seated on plastic zoo camels. They are created from the Funcken drawings of Napoleon’s Egyptian adventure. 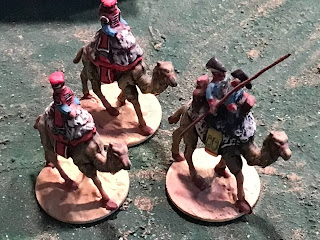 I thought I’d make some British soldiers in boats for a Quebec game, but this is as far as I got. Plasticene men in a made in China boat. They still need a base and toothpick oars. And a flag. 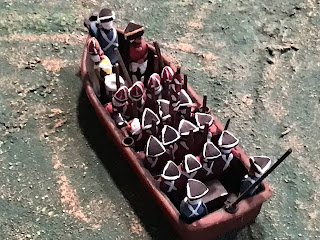 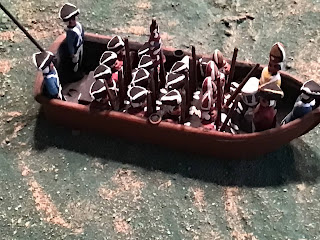 And now a return to the desert, with my start of a Sassanid army. I put about a dozen infantry (WW2 Japanese officers with plasticene shields and headgear), on a base meant for 24 figures. I have pinched the idea from Pony Wars, the old rule set Peter Guilder adopted for his Sudan games. A handful of men can represent a horde.
The clibinari are Lucky Toys Revolutionary War horsemen with plasticene cloaks and hole punch shields. I just painted the face metal for armour.
The light cavalry are plains Indians with some new hats.
The elephants were a real find. Hinchliffe miniatures.  I got them on eBay. All I had to do was put them back together and touch up the paints.
Hopefully these guys and their friends will square off against Bellisaurius in front of Daras one day soon. I didn’t post the Byzantines as I can’t find them. I use all kinds of boxes and only recently have I begun to sort them out in eras. The Thirty Years War/ECW/Rocroi armies are in my bedroom, the ACW is in the hall and WW2 are stacked precariously at the top of the stairs. And the Napoleonics are under foot. I wouldn’t have it any other way. 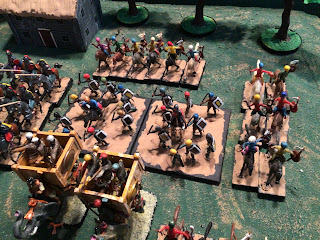 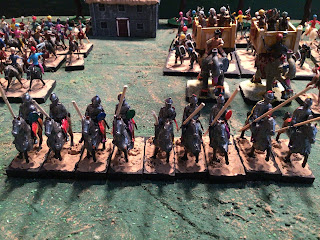 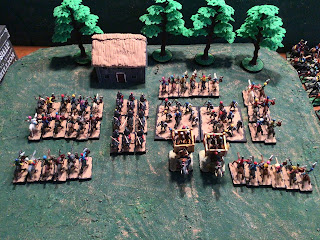 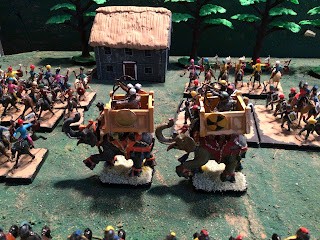 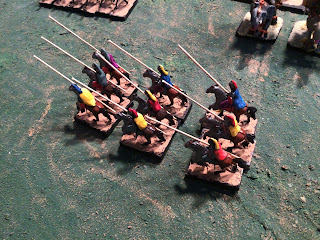 I was asked in the questions below which plasticene brand I was using.
Currently I use Plastalina by Craft Smart. It’s $5, very reasonable.