The Equalizer: An American Callan 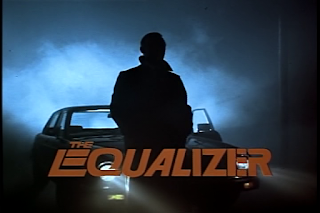 In the early 1980's a series was created in the US for a one hour format.
"The Equalizer" was loosely based on Callan, but with differences.
Set in New York, the main character was Robert McCall, an ex CIA spy and assassin who walked away from "The Company" to start his own career as a white knight for the downtrodden.
Unlike Callan, McCall was wealthy, driving a Jaguar, living in his own New York apartment, and owning several chic safe houses.
Unlike Callan, McCall wasn't a wargamer.
But, in the fourth season, an episode featured wargames that had many echo's harking back to "A Magnum For Schneider". 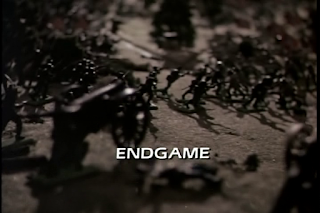 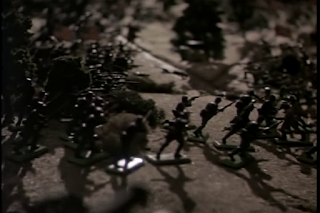 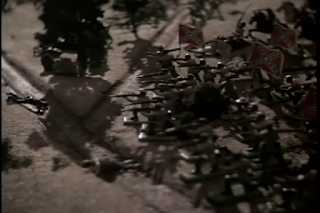 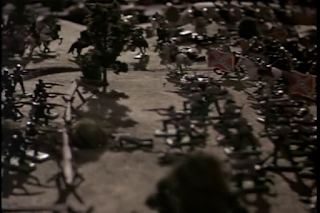 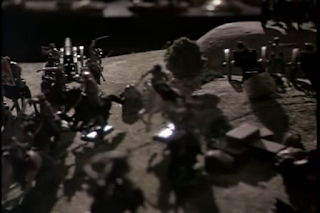 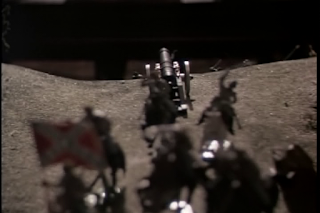 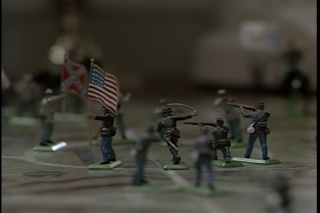 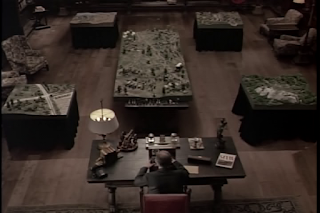 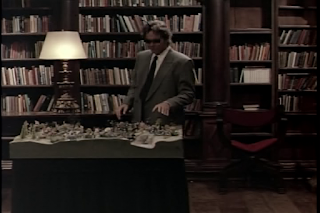 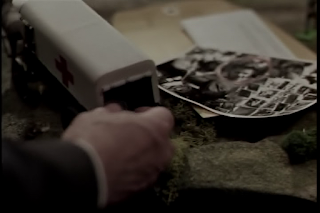 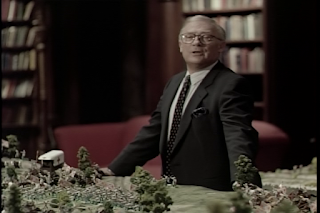 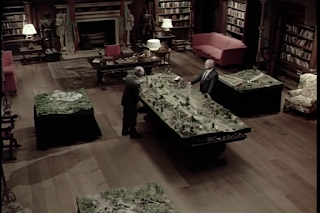 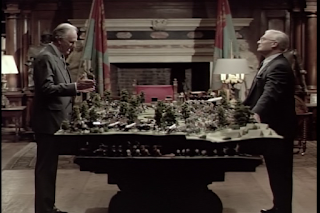 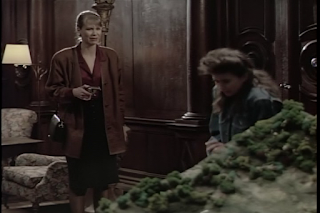 Once again, it is Gettysburg that is the main wargame. The figures are mostly Britain's. The other four tables are mentioned by the generals on them; Julius Caesar; Napoleon; George Washington; and Rommel. Sadly we don't see them.
But one of the characters flips a table at the end with the clatter of some toys on the floor.
Posted by Doug at 4:06 AM