https://en.wikipedia.org/wiki/John_Berry_(illustrator)
Precious little about this man on wikipedia, but a little searching reveals more:
http://illustrationartgallery.blogspot.ca/2013/02/john-berry.html

He volunteered for the R.A.F. in 1940 and served in the Western Desert and the Middle East. In a holding unit waiting to enter Tobruk, he offered to produce a poster advertising a national day of prayer. When the artwork came to the attention of Air Marshal Arthur Tedder, Berry was seconded to the 8th Army as a War Artist. Some of Berry's paintings were exhibited at the National Gallery and are now in the permanent collection of the Imperial War Museum.

Returning to the UK, Berry found work with a wartime acquaintance, Major James Riddell, who wrote children's and travel books. Berry drew a number of short books published by Riddell as Riddle Books, but his income was primarily from advertising.

Asked if he could draw a tiger for an ESSO oil company campaign by the secretary at McCann Erickson, Berry retorted, "Yes, put a tiger in your tank." He was paid £25 for the famous slogan, but spent ten years from 1951 drawing tigers for the campaign.

He was a prolific portrait painter, his subjects including the Queen and the Duke of Edinburgh and Lady Astor. He also worked via Harrods, producing portraits of people who could drop off a photograph which he would turn into a oil painting.


I realized that several titles in my own possession were illustrated by the same artist.
You'll remember the Hamlyn Book I posted a while back:
http://dougssoldiers.blogspot.ca/2016/04/a-couple-more-toy-soldier-books-well.html
Reginal Hargreaves "Great Land Battles".
Another Hamyln title was "Military Uniforms, 1686-1918" by Rene North. This was another pocket book, chock full of colour illustrations. 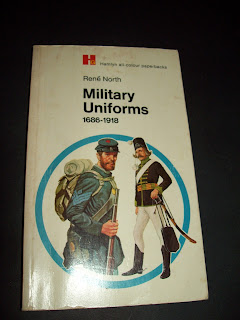 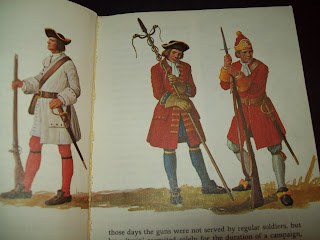 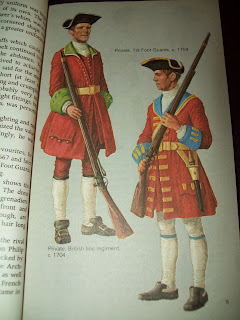 "Famous Military Battles", by A.J. Barker. This is an interesting hardcover book that feature miniature portraits  of generals as well as double page artwork. The artist isn't mentioned. 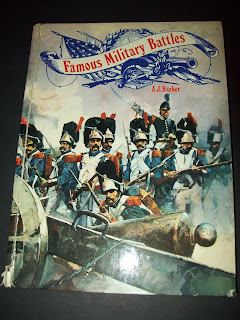 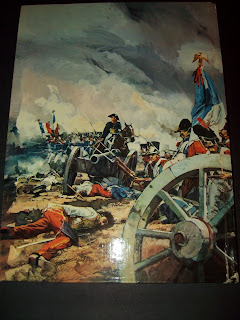 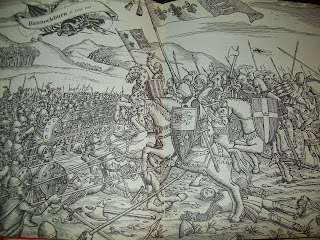 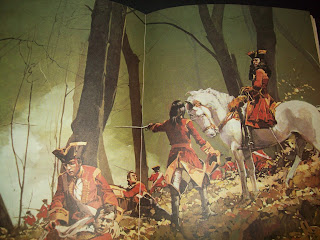 "Fighting Men and their Uniforms" by Kenneth Allen. This is a specific uniform book, hard cover with some double page artwork. The artist John Berry gets mentioned in this work. 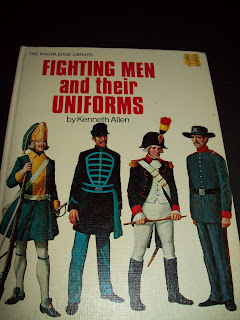 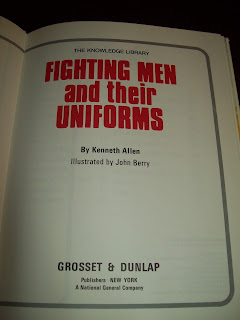 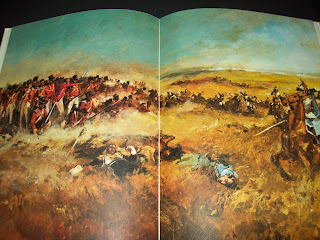 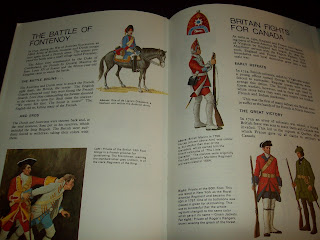 Very attractive books, useful illustrations for wargamers and painters, all passed off as children's books.

Addendum July 28/2020
I found another book with his art on the cover: 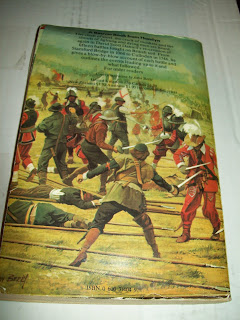 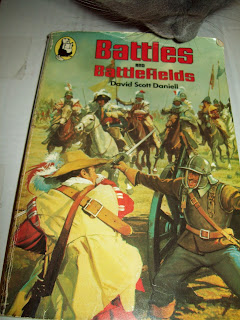 That's the new blog cat, Smokey, making his debut. The book is meant for kids, but it is a good read, coverering battles from Hastings to Sedgemoor. Not the most accurate perhaps, but an informative recap.
Posted by Doug at 9:08 AM