Earlier this week, Ross Mac's "Battle Game Of The Month" blog at:
http://gameofmonth.blogspot.ca/2016/03/fierce-huge-and-bloody.html
Featured an article about a very nicely illustrated history book. Aimed at kids, it reminded me of a couple of books that I had picked up along the way.
First off this this one: 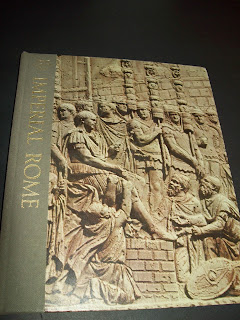 "Imperial Rome" from the "Great Ages of Man - A History of the World's Cultures", by Moses Hadas and The Editors of Time-Life Books, New York, 1965.
I found it browsing in a thrift shop. What really caught my eye was this: 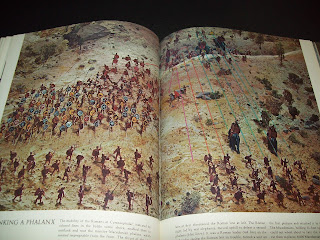 The Battle of Cynocephalae, with lead soldiers and elephants.
The center of the book had many photos of dioramas. Here are some of them: 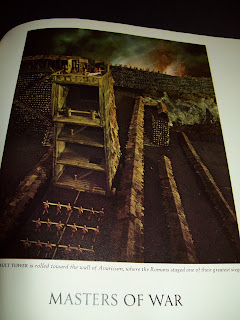 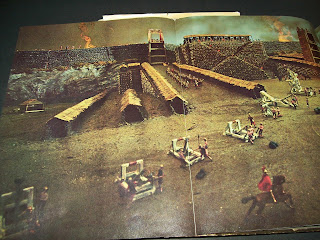 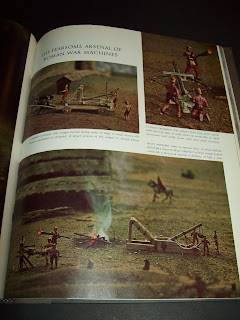 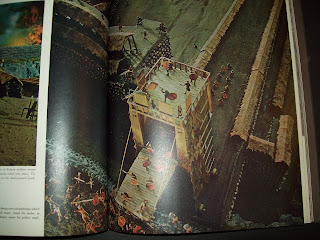 What brought this book to mind was Ross' comments about the perception that the Romans used catapults that threw balls of fire as a regular practice. They were illustrated in the book the mentioned for the Battle of Chalons. Well I remembered this photo: 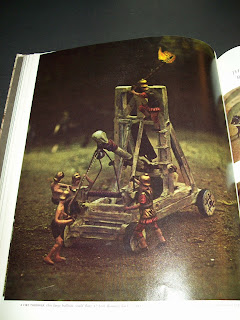 Great Balls Of Fire! Movies have been such an influence on modern culture that it extends even to history. Well at least here they were at a seige...
Anyway, as for the toy soldiers, I am pretty sure they are "Little Lead Soldiers".
http://www.littleleadsoldiers.com/
As you can see, they now produce expensive, limited ranges of items aimed at the display market.
But years ago I remember you could buy bags of the soldiers for 6 or 7 dollars. This would get you 20 odd soldiers on foot, a couple of guns and crew, or almost a dozen cavalrymen. They all were posable figures in lead/tin alloy, and they came with a metal base to solder them to, and cast weapons and accoutrements. They were figured in a James Bond movie, "The Living Daylights" with Timothy Dalton. It's the scene where the crazy General is shooting up the toy soldier displays in his little museum.
I found a youtube link to the scene:
https://www.youtube.com/watch?v=TwdfzrhX5p8
Anyway, here's a few more scenes of them in battle: 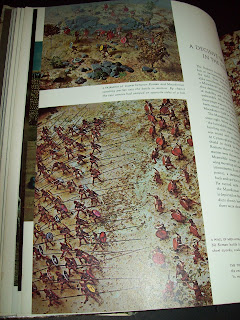 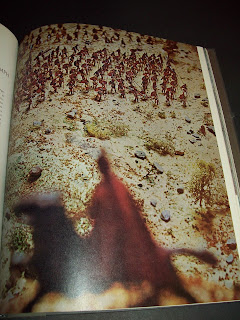 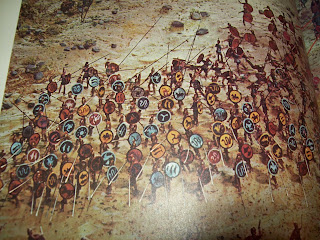 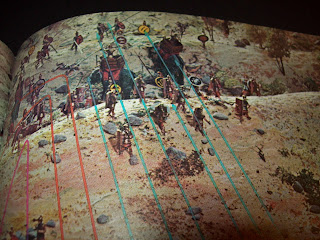 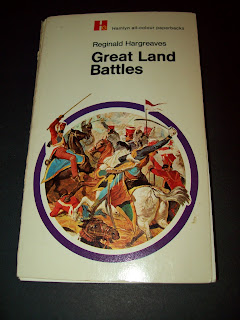 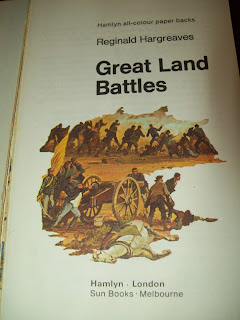 A mere handful of pictures can't do justice to this wonderful little pocket book.
My copy is coming apart at the seams, but it remains a favorite of mine. The battles included are: Hastings, Constantinople, Blenheim, Quebec, Saratoga, Waterloo, Gettysburg, Sedan, The Marne,  and Normandy.
The margins are full of portraits of the main players, and scenes of action. Some are half pages: 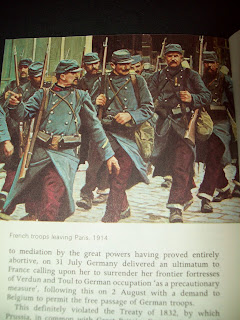 But occasionally, there are full page colour illustrations such as these: 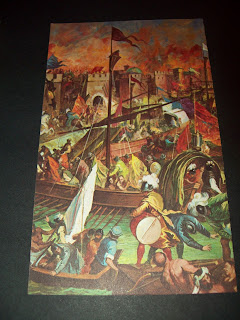 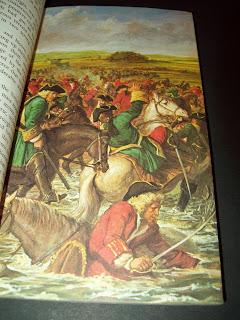 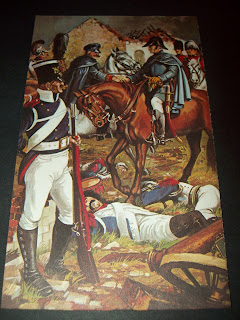 This book was a pleasant find. I understand there is a larger hardback version, but I have yet to find it.
I've a few more such books about, with toy soldiers illustrated within. I'll post some again in the future.