After a long haitus I dug out my camera and boxes of painted toys only to find my camera doesn't work anymore.....
So I made an attempt with my android, and here's some "results". 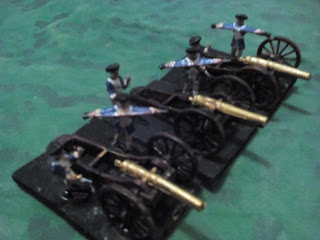 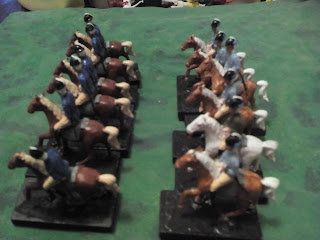 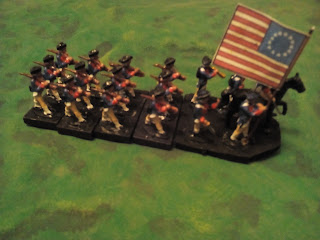 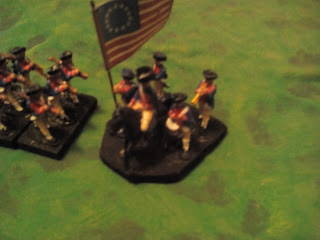 The Command Base. One thing you get a lot of in these figures are drummers and musicians. 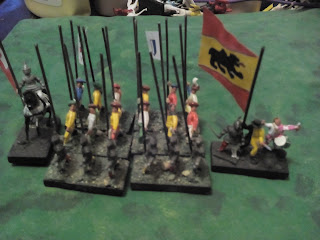 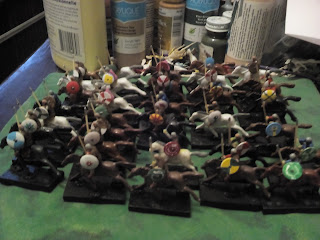 More Conversions. Emhar Rowing Vikings are now becoming Gothic Horse. Hopefully to be at Chalons some day to face my Hun's. 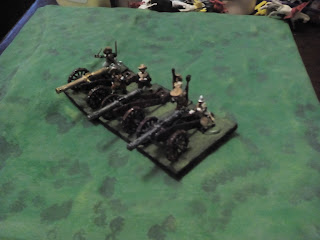 Mars Thirty Years War Artillery. Mars is really going all out with their TYW ranges. I read a couple of Brigadier Peter Young's books on the English Civil War and Edgehill, and guns in this battle were a real mixed lot and rather small in caliber. Not at all like the fire spewing behemoths seen in the movie Cromwell.

So that's some of my figures, the pictures aren't so nice, so I am waiting on a new digital camera.
Posted by Doug at 9:06 AM 5 comments:

Fell off the Planet, again

Well Happy New Year! It's been a while.
I let the Warrior minis challenge slide, having got caught up in their 25mm war of independence range. Nice figures, but I just lost gas along the way.
I painted a bootfull of plastic though, and met a local plastic wargamer along the way.
Bought quite a few books too. So I'll start posting again.
What shook me out of my slumber was a particularly horrid DVD purchase.
I joined Amazon Prime and I have saved a bunch on postage (I have yet to do the streaming bit though) and have picked up a bunch of films.
By the way, if you haven't tried podcasting, I can HIGHLY recommend it. All sorts of shows to download as mp3's and listen on the go.
A fun one is Mancave Movie Review. Several wargame buddies in their middle age discuss films that appeal to guys while imbibing in their love of craft beers.

Now, what has me on the keyboard is this title: 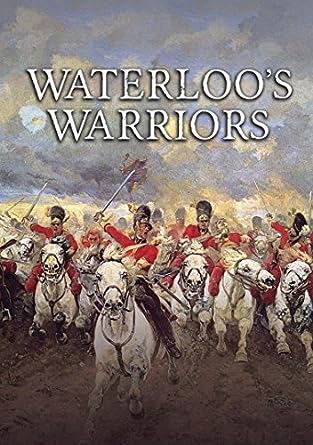 The army that defeated Napoleon at Waterloo is often remembered as an iconic English redcoat force. A little known fact is that most of the men under the Duke of Wellington's command weren't English at all. Using unpublished accounts, the story of the battle is told from the perspective of those troops - Waterloo's Warriors."

I bought this title hoping it would address the 60% plus of the allied army at Waterloo, namely the Dutch, the Belgians, Brunswickers, Hanoverians and Nassauers who seldom get mentioned.
Nope. The film focuses on the 30% of Wellington's army that was Irish and the 25% of the officers who were Scots. And their pregnant wives. Yep.
This is a revisionist feminist history, and Waterloo is barely recognizable in this two hour documentary. One woman says she saw Wellington AND Napoleon that day, and Napoleon "looked like a farmer". The other woman marched in the front rank of the Royal Welsh Fusileers with her baby as they advanced towards the French. You can't make this stuff up. Also they claim Napoleon used " shock and awe" tactics that had Wellington "shaken" and "in awe of Napoleon". Oh, and Wellington was " conflicted" by being Irish and fighting for the British....
After throwing my shoes at the TV I figured I better warn somebody off of such a bad show.
Oh well.

On the other hand, THIS is a great how to book:

Beautiful, full color step by step on how to paint all aspects of wargame miniatures.
The author's writing is in a clear, concise and conversational style.
I can't recommend this book enough.