This is the second 100 piece army I purchased this year from John Holt of Warrior Miniatures. 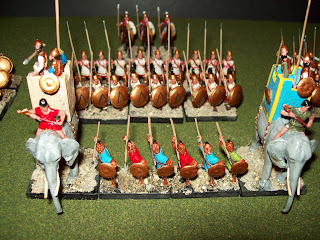 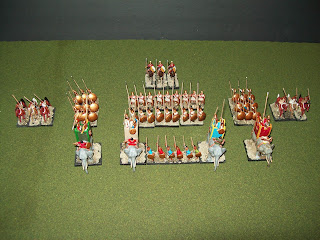 This is sold as The Army of Xannthippus, and meant for the First Punic War. Here's what you get: 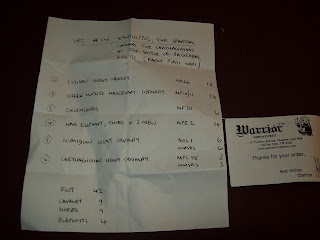 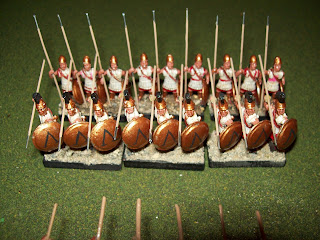 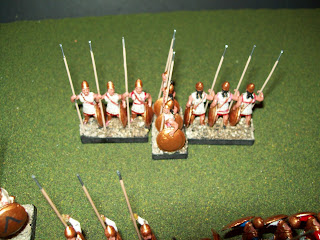 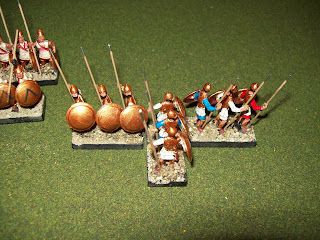 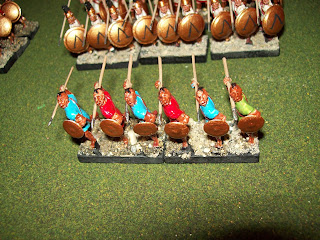 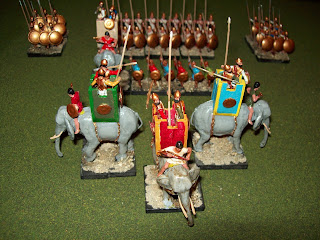 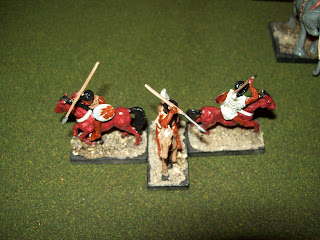 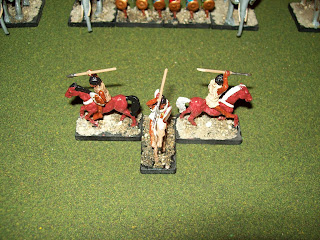 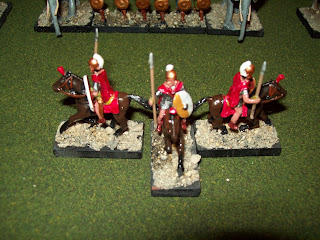 The elephants come in kit form: 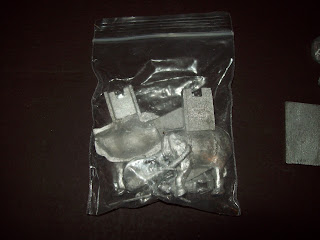 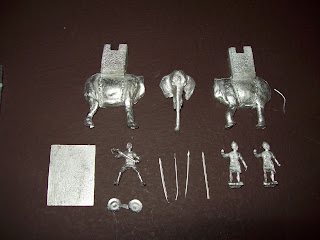 They go together quite easily, I assembled mine with white glue and super glue. Over all a fun army to paint with lots of variation. The elephants are the stars of this group, the least attractive are probably the skirmishers. The hoplites are quite nice, but they have the basic problem of all hoplites and that is the long spears. John includes more than enough, and has various styles of spears available in the set. Sharp eyes might spy several figures returning a Roman pilum. But the long spears do suffer from handling, I broke several and gave up on the lead ones. I instead used the stand by, 20 gauge florist wire from Michael's. And even then I broke off a couple during the photo session. The shields stay on fine, but those spears are a headache.
As for the cost?
It was 40 pounds UK for the army, plus shipping which came to 55 pounds. In Canadian money that was $90. Starting to get pricey, but still a bargain compared to other manufacturers. It's the long distance postage that bumps up the price. 40 quid is just $66 Canadian otherwise.
So you end up with the core of Hannibal's army, as these guys could easily be used in any of the Punic Wars, although this set was probably meant for Bagradas in the First one.
https://en.wikipedia.org/wiki/Battle_of_Bagradas
I ordered yet another Warrior army a while back. This one is a bit slower arriving, so I'll hopefully have it painted up in April.
I have to admit I'm enjoying painting these various armies, and the minimal cost is an incentive to experiment with different eras.
I'll post some more of my regular plastic guys soon. I have a hankering to do Edgehill.
Bye for now.
﻿
﻿
﻿
Posted by Doug at 8:56 AM 10 comments:

I recently was looking in a Dollar Store when I spied these: 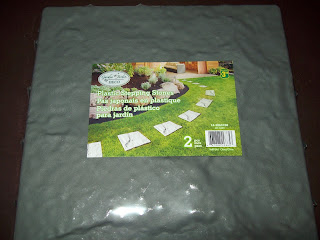 It immediately reminded me of the Games Workshop 6 x 4 foot battle terrain they were selling a while back. I toyed with the idea but passed, as they were over $300.
But these are cheap! 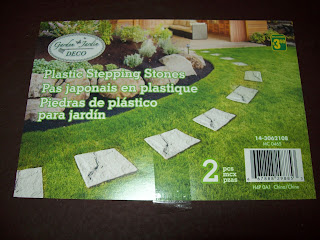 So I bought a few and went home.
Here is what they are: 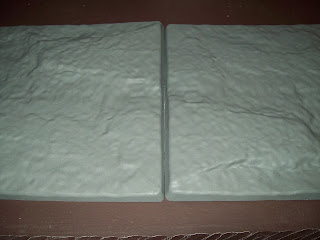 Sadly though, there is only one pattern. I was hoping there were a selection of three or four styles.
So these 1 foot by 1 foot plastic tiles are somewhat limited.
Anyway, I painted a couple just to see: 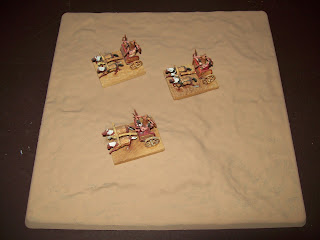 A basic desert sand being over ridden by my Caesar Hittites.
And a verdant green: 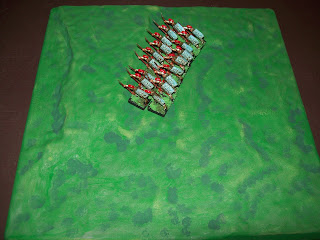 This time topped with some large 1/72 scale Romans, copies of Elastolin I think. Here's another shot, basic paint job with miracle dip. 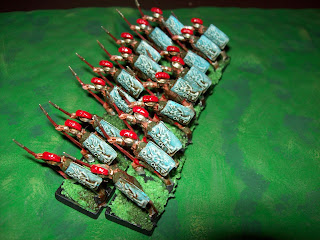 ﻿
Well that's it. A shame there aren't other terrain variations, it has potential beyond the price (less than $2 each). I had envisioned mounting 4 on a cardboard base and using putty or plasticene to smooth over the joins.
Posted by Doug at 8:26 AM 2 comments: