I’ve looked at Ali Baba and other places and noticed Caesar minis for sale in loose bunches.

Largely these have been World War 2 types, but I saw these medieval types on eBay: 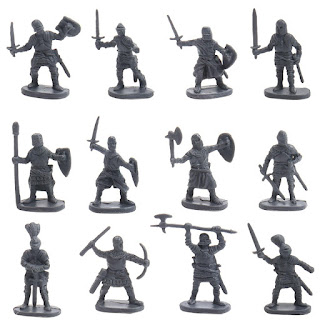 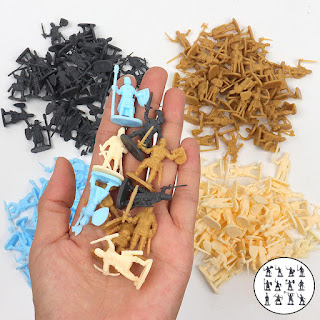 I checked on plastic soldier review and these are indeed Caesar minis, from these sets:

I picked up some.

I’ll add some pix once (if) they arrive.

My hope is that these are releases by Ceasar under licence and not just pirates, and that they release cavalry and ancients.

If they do chariots from the Hittites I’ll faint and hit the floor.

So what did I get?

I ordered a double dose of figures, that is 400 of them.

I received four bags of figures: 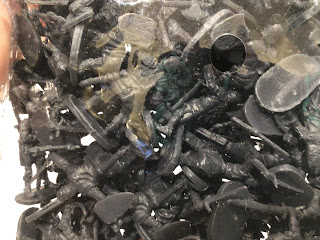 The package label is a ubiquitous one showing larger 54mm type figures with horses: 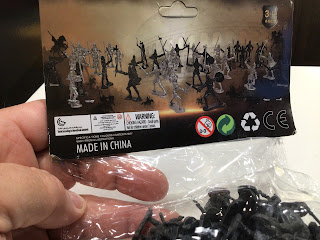 The figures themselves are of a hard plastic, which is a relief as the original Caesar figures were notoriously soft with rubber twisty weapons that were often difficult to straighten, and bent figures that had a tendency to lean and fall over.

Their use is pretty broad, as medieval types go, but I can see the heavily armoured pole axe figure being a “stand in” for Swiss infantry or even bill men in Wars of The Roses scenarios.

The heavily armoured types could also pad out an army of Lord of The Rings armies along with those Dark Dream Alliance sets. 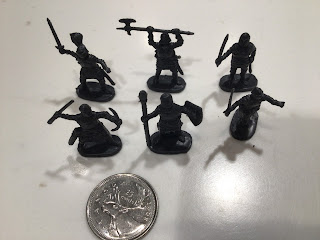 So for around $20 bucks I ended up with 400 little guys that look pretty good.

I can only hope they continue to release other periods in a like manner, along with mounted figures.