I have written a narrative story for my toy spaceships, and took the pictures and was hoping to do some clever editing and present a fun little post as a prequel to some space battles on my Hotz Mat....
Well my desktop computer with my old but useful software has decided to retire on short notice.
So while I scratch my befuddled pate and stare blankly at the screen that mimicks me so well, I'll put up some pics of my space ships.
Recently a new visitor, Kid Kyoto, was interested in the Buck Rodgers ships from the TSR game.
So without further adieu, here we go: 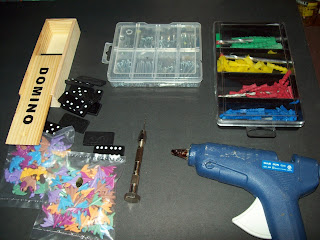 These are my tools.
A pin vise with a .20 or .18 thou drill bit, a hot glue gun, some wooden dominos and some nails.
The rawl plugs in the top right of the picture make for some easy spaceship models. The TSR ones are fighters and warbirds on the bottom left. 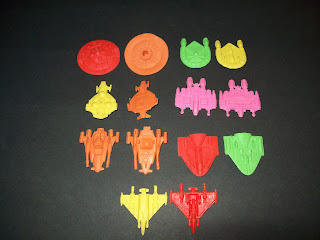 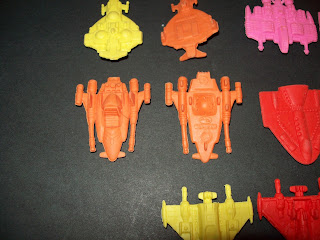 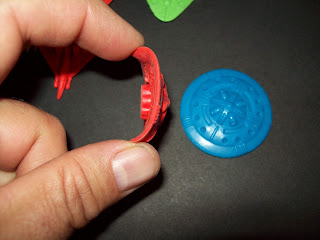 These are some of the ships I use. They come in two materials. A hard plastic and a soft eraser. The eraser ships are easily carved up. As you can see, there are a variety of ships and it's relatively easy to cut off parts to use on other models. 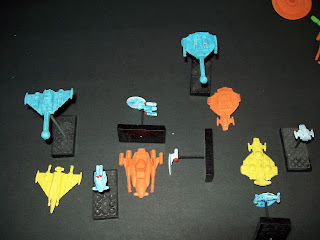 The silly space scooter in the center is very useful for engine parts. 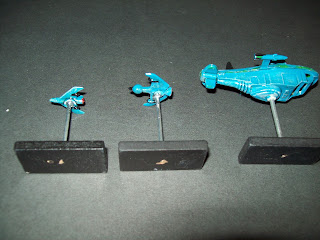 Here are the TSR ships and how I mount them. I drill a hole in the stand (to prevent splitting) and hammer a nail in to be the stem. Sometimes I have to glue the nail in afterward, but super glue, white glue or a combination of both work well. I set a small blob of hot glue on the flat head of the nail, then set the model on top. They have popped off if I knock them over, but a drop of super glue sets them in place. The cruiser is a bit of a funny story, but I'll save it for another time... 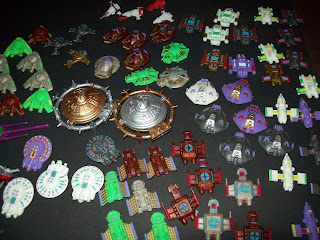 These are hard plastic ships, all painted up when sold. There are some useful types here, but they all have molded on half circle "wheels" underneath. 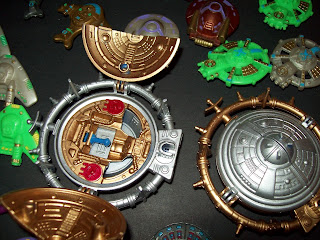 These are dollar store space stations/ships. They have an interior cockpit for a little astronaut. I think they'd make a great space station or starbase. 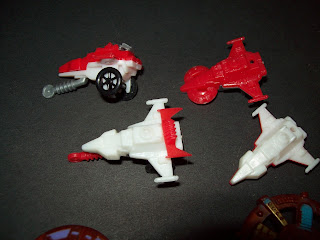 These are odd. They were sold as dune buggies at a dollar store. So I bought them out. Once you pick off the wheels and oddments, they make nice space ships.
Well that's all for now, I hope to convince my computer to come back to work this weekend, if not there will likely be a crater in my wallet by Sunday (*sigh*).

Finally, a little wargame I found for a dollar. Just a curiosity but interesting to me. 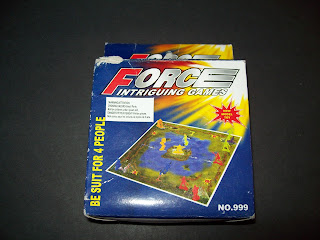 The english is translated from Chinese and is somewhat inelegant, but the rules are pretty straight forward. 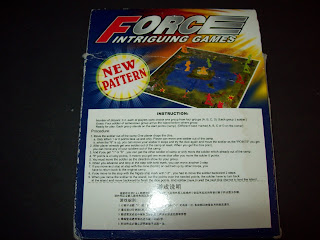 The game is basically "Snakes and Ladders", with four players  trying to get their soldiers to the center island. You get 12 soldiers in 4 colours and a map and dice. 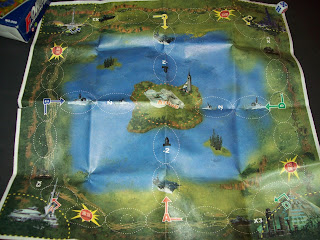 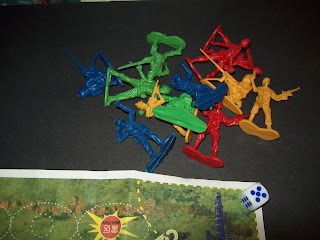 Well, I have the day off, it's now cold and snowing (Last week it was 34 above) and I have to head out and get parts to fix my computer and get some stuff I need for work, and I'll manage to get in an Asian buffet restaurant and freeze my wrists off along the way. Have a great weekend.
Posted by Doug at 8:32 AM