Stow-On-The-Wold was the last battle of the first English Civil War. Fought in spring of 1646, it was the culmination of Charles I last attempt to raise an army. The disastrous battles of Marston Moor and Naseby were in the past. What soldiers were left were at Oxford, and scattered about in town garrisons. Even Prince Rupert was gone, he had returned to the continent, following the loss of Bristol.

I looked through my own books and found precious little on the battle. I finally found an excellent article in Henry Hyde's "Battlegames" magazine. The article was written by wargames legend Stuart Asquith, (Battlegames Issue 6, January/February 2007, pages 9 through 11, "Battles for wargamers, Stow-on-the-Wold, 21st March, 1646).

I used his article exclusively for the following picture narrative using my toy soldiers.

In the Spring of 1646, King Charles Ist was hoping to raise new armies with soldiers from Ireland and Scotland and even France. In the North, Montrose had been defeated at Phillipaugh the previous September. Meantime, Charles summoned his experienced commander, Sir Jacob Astley, to take a small force into the west counties and Welsh Marches to raise what soldiers he could. 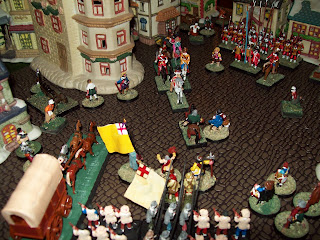 Astley was accompanied by several other commanders, including it is believed, Sir Charles Lucas, one of Charles' best cavalry commanders. 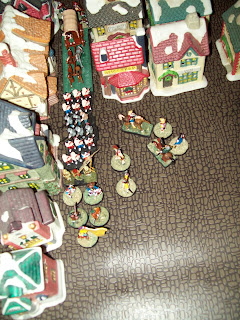 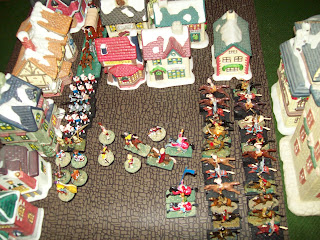 They scoured towns and recruited some 3000 men. 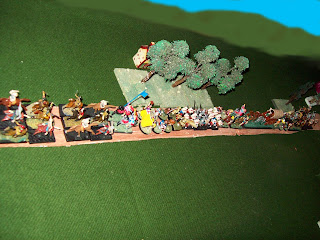 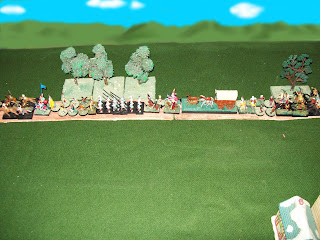 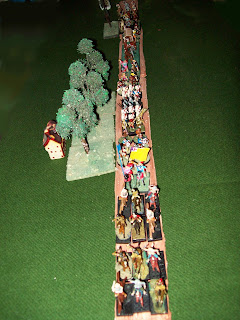 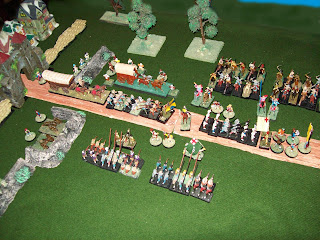 These were unpaid and hungry soldiers from garrison towns and many had never seen action.

The King was waiting in Oxford for these soldiers to bolster his own forces. Astley began his march back, careful not to confront any Parliamentary forces that were shadowing his progress. 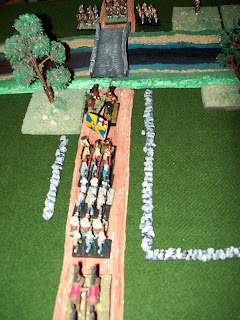 The Parliamentary Forces were led by Colonel John Birch. He had a mixed force of 600 foot and horse. 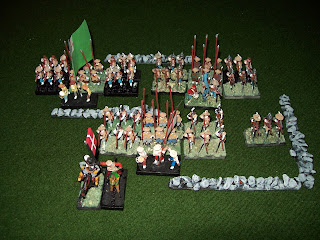 He was to link up with Colonel Thomas Morgan near Evesham. Morgan was bringing 1000 men from the garrison of Gloucester. Heading towards them was a third force of 1000 cavalry under Sir William Brereton. 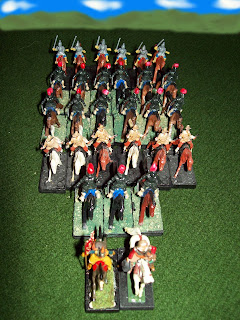 Astley found his route blocked at Evesham. So he marched and counter marched and made his crossing of the Avon River at Bidford. He noted that the Parliamentary forces were not very agressive, and this aided him in his task of getting these soldiers to Oxford. By March 20th, Astley's force was approaching Stow-on-the-Wold.

Early on March 21st, the three Parliamentary forces linked up when Brereton's 1000 cavalry arrived. The Parliamentarians had heard that Charles had sent a powerful cavalry force to meet with Astley, and that it was now imperitive to confront the Royalists before their numbers grew. 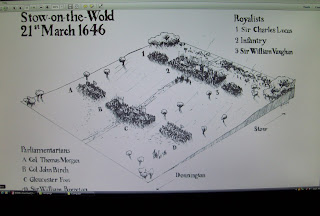 Facing them at the bottom of the slope, the Paliamentarians adopted a similar deployment. Colonel john Birch had 1600 infantry in the center. On his left were Colonel Thomas Morgan and 500 cavalry, and on his right Sir William Brereton with 800 cavalry. 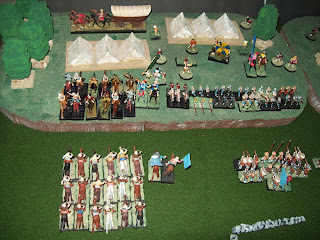 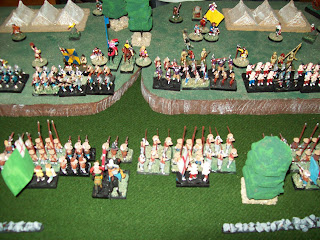 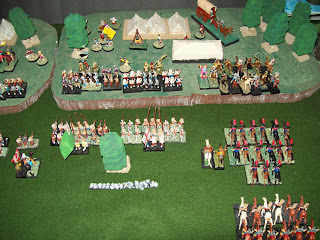 The Parliamentarians began to climb the slope, pausing to give fire with shouts of  "God be our guide!". The Royalists replied with fire and "Patrick and Saint George!". It was a disaster for the Parliamentarians. 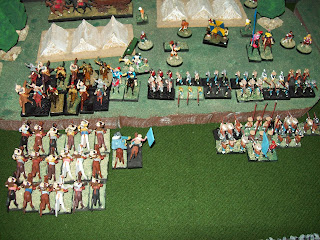 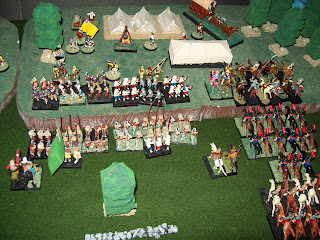 Morgan's cavalry broke, as did the left half of Birch's infantry. 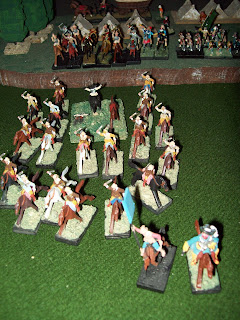 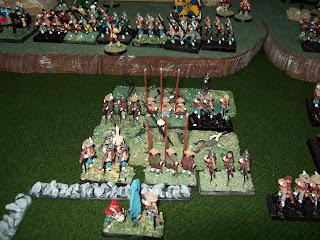 On the Parliamentarian right, the more numerous cavalry of Sir William Brereton broke their opposite number under Sir  William Vaughn, and the Royalist infantry soon followed the cavalry in an all out rout. 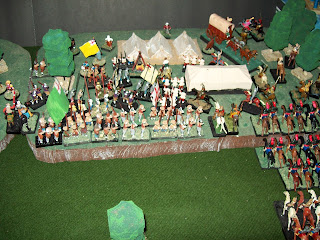 Below them, Morgan rallied his forces and began to follow up the victorious center and right.

The Royalists ran back a mile to Stow-on-the-Wold, where a short and bitter street battle ensued. In all the battle lasted some 30 or 40 minutes. The Royalists lost 200 dead and 1700 prisoners. It was the end of Charles. His last field army was in tatters, captured or scattered to the wind. Sir Jacob Astley was captured and accorded the respect due his reputation and his 66 years of age. The man whose prayer at Edgehill is so oft remembered, said to his captors "Gentlemen, you may now sit and play, for you have done your work. If you fall out not among yourselves." 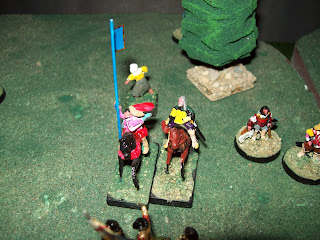 Charles abandoned his wartime capitol of Oxford and headed north, to surrender to David Leslie at Newark in May of 1646.