This is another post detailing some of the comic book toy soldiers that were available long ago. Well, maybe not THAT long ago. I have to say that I never saw these ads in the comics I was buying: 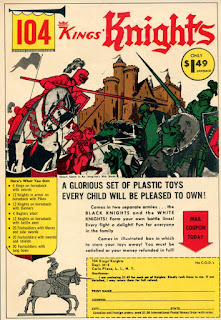 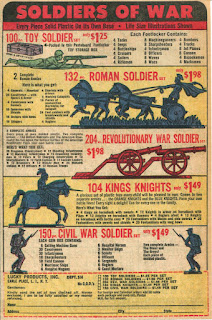 They were made by the same people who made the flat Lucky 204 Revolutionary War Soldier Set and the Lucky flat Romans. These figures are similar in that the foot soldiers are a larger size than the cavalry. Here's the original box that also served as the mailer: 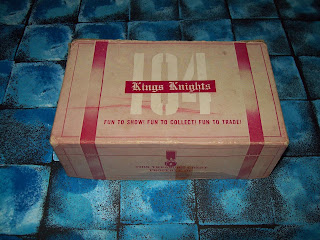 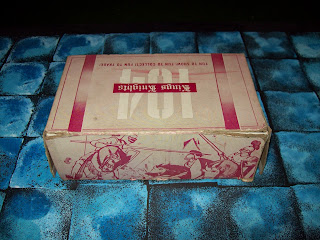 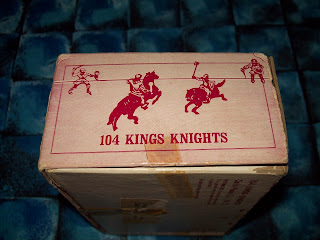 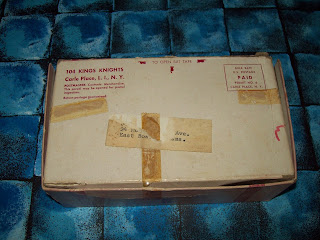 As you can see it is very similar to the box the 132 Roman Soldiers were packaged in. Once opened the contents were jumbled together: 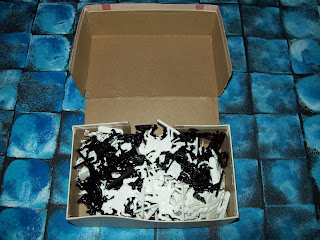 The ad says you receive the following:

The soldiers were divided equally into black and white pieces. Unlike the Roman set, there are no catapults or devices to knock them down. The set I possess is made of a very hard plastic, the detail is crisp and only some of the mounted knights' "pikes" have been damaged by handling over time. Also my set is incomplete, it is missing a few figures. 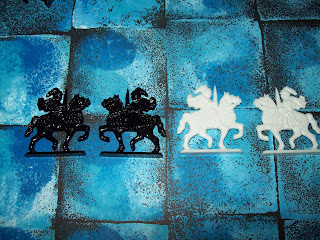 12 Knights in armor on Horseback with pikes (lances) 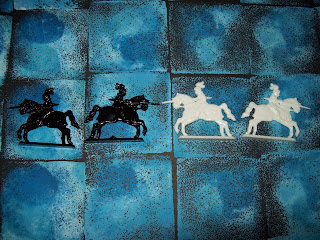 12 Knights on horseback with Banners 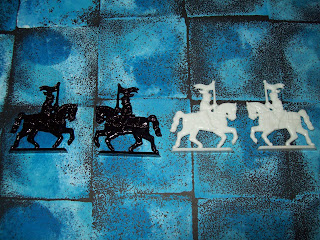 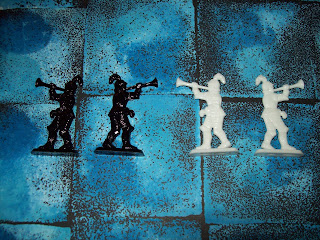 12 Knights on horseback with battle axes 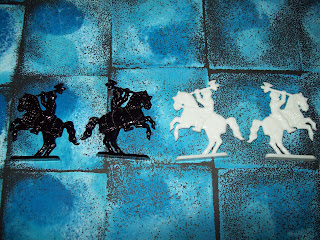 20 Foot soldiers with Maces and side swords 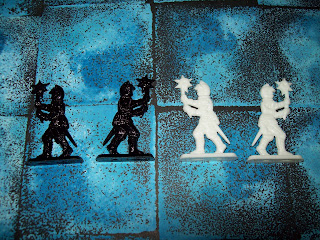 20 Foot soldiers with swords and shields 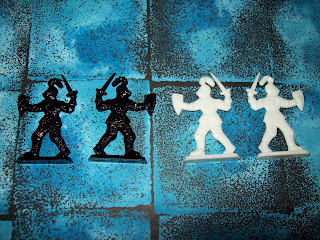 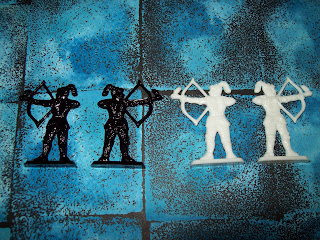 All set up they look impressive: 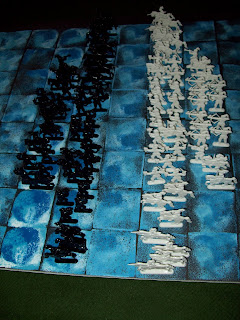 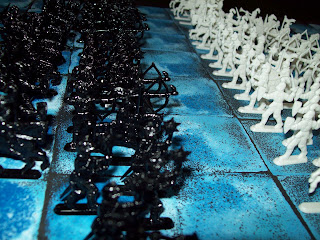 As for the scale, the foot soldiers are the same size as the flat Romans, just over an inch and a half tall and too large to fit in with smaller plastics. The cavalry is the same size as the Roman cavalry and a suitable fit with modern 1/72 figures, albeit rather thin. Here's a picture showing the size differences between Airfix and Strelets 1/72 figures and these: 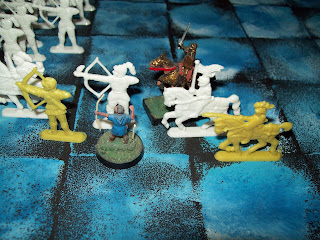 These figures are very nice, they have flat bases but they are susceptible to sudden domino like collapses if the table they are on is bumped.
Posted by Doug at 9:57 AM