I've already mentioned the movie "Cromwell" in other posts so I went through my DVD's and had a look again. So here's a brief round up of what I found available online and bought. 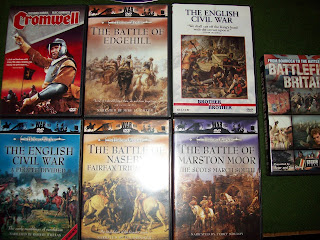 Most of these titles should be familiar to wargamers, as they were featured in the "Battles That Changed The World" series on TLC back in the 90's. 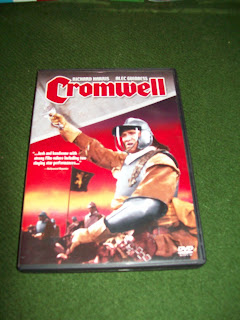 "Cromwell" is an interesting but not very historically accurate film. It is largely a showcase of two actors, Richard Harris as the reluctant soldier and ardent anti Catholic defender of the Puritan cause, Oliver Cromwell. The other is of course, Alec Guinness, as the Stuart King Charles the First, a stubborn and immoveable monarch whose disdain of Parliament led to the war.
The film itself is nicely shot, attractive and full of uniforms and costumes of the age. For wargamers there are two main areas of interest, the battles of Edgehill and Naseby. On DVD they start with scene 10 and continue through scene 14.
There are a lot of historical liberties, such as Cromwell reciting Lord Astley's prayer, The Royalist foot are all in uniform and in red, which isn't quite the historical truth, as the King had even greater troubles than the Parliament did in procuring weapons and equipment. However, the uniformed troops look great and do give the impression of a professional force, especially in contrast to the Parliament army.
The Roundheads are all peasant dressed, in earth tones but well equiped with weapons and armour.
The horse is as expected, ironsides for Parliament and Cavaliers for the KIng, but many of the King's horse are shown as lobsters. The cannon are impressive, large heavy looking pieces that spit smoke and flame. The shot has the exploding dirt we've all become accustomed to in film.
Overall, the battle is exciting and fast, and the resulting loss, yes the King wins this battle and routs the Roundheads, results in Cromwell withdrawing to raise the New Model Army. The film shows the typified training scenes of soldiers and horse. They then take the field at Naseby.
Here the film makers take great liberties, saying the King catches Cromwell outnumbered, 7000 to 3000. A short sharp fight ensues with much excitement and the King's army is routed and destroyed.
The rest of the film is rather slow. It traces the Self Denying Ordnance to exclude Essex and Manchester and appoint Cromwell as commander of the army. Not very accurate again. The film continues until Charles' defeat and capture, and his plots to bring in a Catholic army. Finally Cromwell has enough and has the King executed. Cromwell retires but is forced to take over as dictator as Parliament can't rule on its own.
So there you have it, a film worth seeing for the battle scenes. 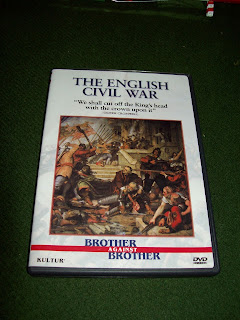 This title is probably the best of the lot. Narrated by Robert Powell and featuring Dr. David Chandler as historical consultant. The documentary features many scenes of the Sealed Knot reenactors and begins with the Bishop's wars and the troubles caused by Laud and Strafford. The film covers the army composition, and mentions many battles, from Powick Bridge to Phillipaugh.
It is a great general history and fast hour to watch. 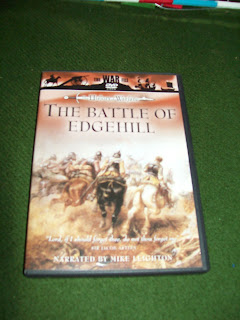 This is a DVD that is more than half history leading up to the battle. Less than half is the actual battle. The film features the same Sealed Knot people, and the experts are filmed at the battlefield. The main historical host is Bob Carruthers, whose work is throughout the Cromwell Productions films. He also wrote an excellent book that is an overview and companion to the Civil War.
As a film this is a great introduction to the period. 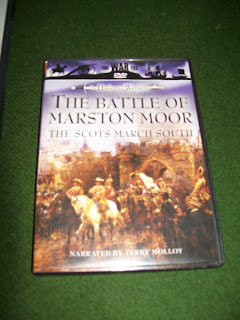 This is a rather detailed account of the campaign and battle featuring actors and the Sealed Knot Reenactors. The historical commentary is by Dr. Les Prince and Stuart Reid. A rather interesting look at the battle and the role of the Scots, espescially David Leslie and his lancers, and how Cromwell downplayed their role in the hard fought victory. 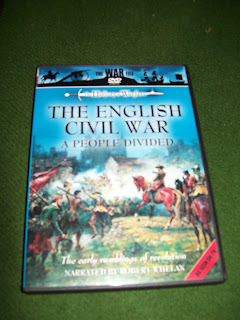 This is a more artistic production, featuring very attractive pastoral scenes. Bob Carruthers, Prof. Jeremy Black and Dr. Peter Grant are the commentators of this social history of the war. They begin in 1629 through the Bishop's Wars, The Long Parliament, Strafford and Laud, and the Graet Remonstrance. The film mentions Powick Bridge and finishes with 2 minutes on Edgehill. 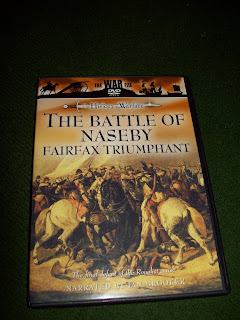 This film was "Dedicated to the Continuing Recovery of Dr. David Chandler", following his stroke. This title features the "Battles That Changed The World" introduction we are all familiar with, and has Dr. Les Prince as the main commentator. He mentions the histories of Brigadier Peter Young, which perked up my ears anyway. A lot of acting and reenactors in this one, and they focus on Charles' wavering nature. The victory is attributed to Cromwell's cavalry who could charge and wheel at the gallop. The prelude takes up 38 minutes, leaving 17 minutes for the battle and end credits. 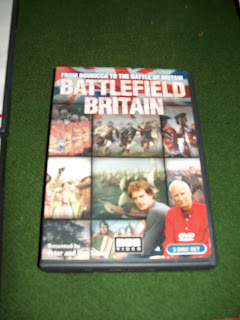 This title is well produced, with computer generated maps and animated battle scenes. Hosted by Peter and Dan Snow, it is a slick, fast moving production that is very entertaining as it is informative. The countryside is shown, often with helicopter shots and the hosts go through some aspects of training that the New Model Army would have done. Where this excellent production is let down, is the inclusion of a series of improv actors. Some are very good, while many are flat or just inarticulate and terrible. They really let the show down. But despite their poor performance, the rest of the show is top notch. The battles shown are Newbury and Naseby, which is the last 30 minutes of the program. 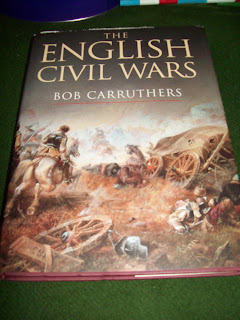 The book I mentioned earlier is "The English Civil Wars" by Bob Carruthers. This is an excellent overview with full colour illustrations, flags, organizations and many portraits and paintings of the period. The book also features colour captures of reenactors throughout. The battles shown also are presented in a "wargame" style as seen below: 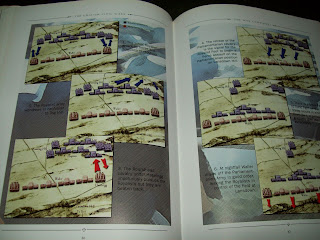 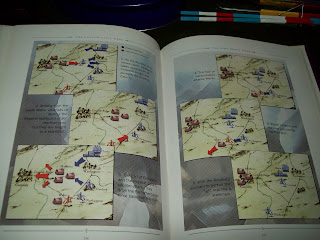 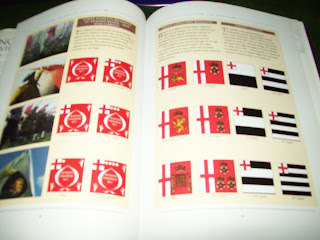 Considering the cost and poor performance of many Osprey titles, this book is an excellent buy and useful resource.

Well, that's my round up of DVD titles on the English Civil War that I found, mostly on eBay and Amazon.