I did a post about the Lucky Toys 204 Revolutionary War Set a while back.
Those were the fully round, soft plastic figures that are roughly 1/72 scale.
This post is about the older version, the flat plastic figures.
Their size is roughly 30 mm, so they tower over 1/72, but the horses and guns are close to 1/72 scale.
I don't have complete sets, and the reason is that they are so brittle.
So what I have posted were some examples that I have to hand.
Here's a couple of the old ads from the comic books. 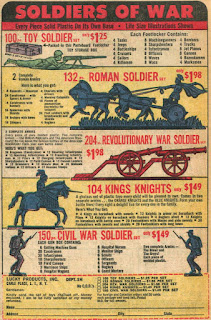 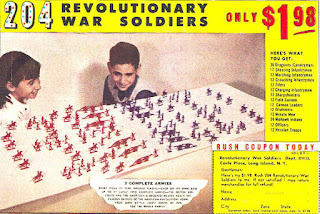 The numbers of soldiers are the same as in the later fully round sets.
I have photographed examples of each pose:

36 Dragoons (Cavalrymen)
These are pretty close to 1/72 scale. Their brittleness is apparent as legs and tails often go missing. 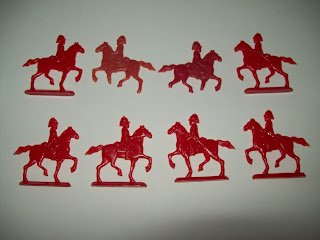 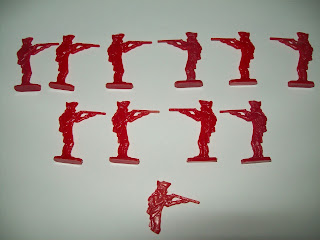 12 Marching Infantrymen
Bayonets are especially vulnerable on this pose 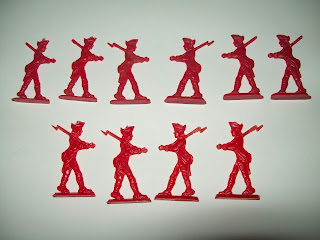 12 Crouching Infantrymen
These are pretty close to the shooting pose, just that the knees are slightly bent and the musket is a bit lower. 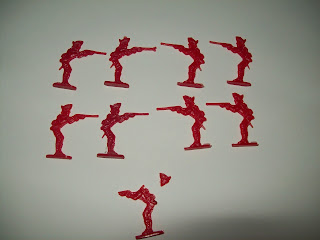 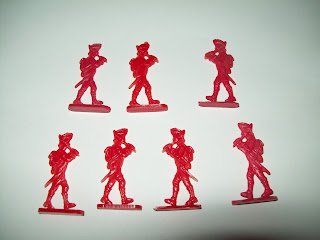 12 Charging Infantrymen
This is a nice pose, though I don't see them as charging, more like advancing with musket at the trail. 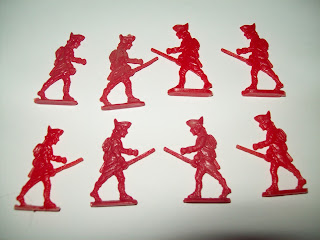 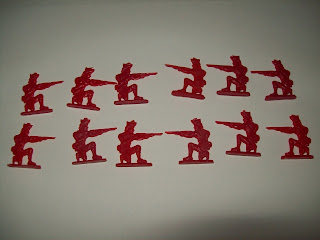 12 Field Cannon
These are pretty brittle pieces. They aren't accurate but they do have a sort of charm. They are a good size for 1/72 figures. The two cannon are connected and depict two guns side by side. 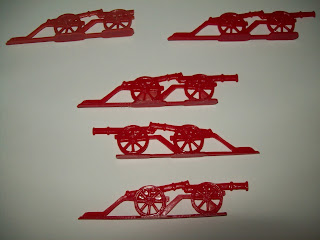 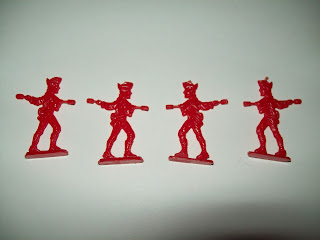 12 Drummers
These are the nicest, most detailed items in this set. 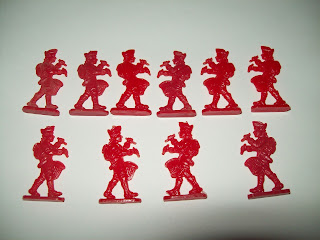 12 Minute Men
These are just produced in blue, as they are meant to be American troops only. 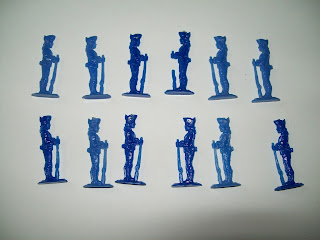 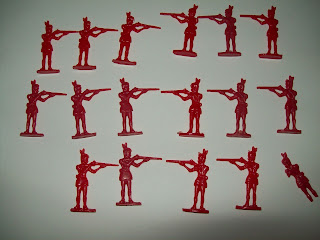 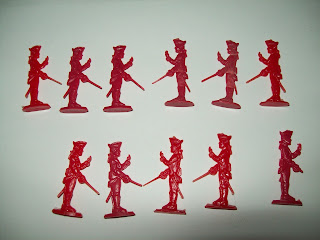 12 Hessian Troops
As with the Minutemen, these soldiers were meant for one side only.
This is different from the fully round soft plastic figures, as I have examples of blue American grenadiers and red Minutemen. I guess quality control was better back then. 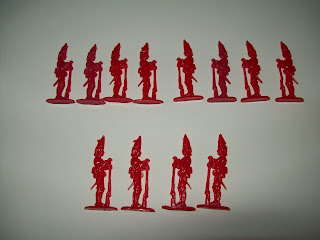 Overall, these are much more brittle than the Roman Soldier sets. Their size, just over 30 mm, makes the foot soldiers incompatible with 1/72 figures and 40 mm figures. As you can see, they are pretty tall: 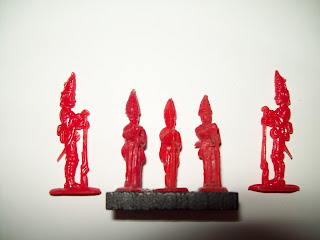 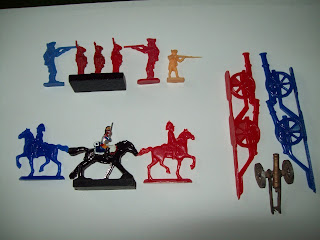 As an aside, I just photographed the red side. I did intend on standing them up in units, but I had a lot more trouble standing them up than I did with the Roman sets. Eventually I gave up. So with that in mind, here's the blue pile: 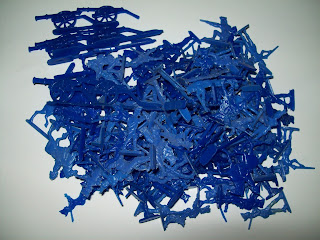