I saw this game a while back.
It said it had 22mm figures.
So I finally bit and bought a copy: 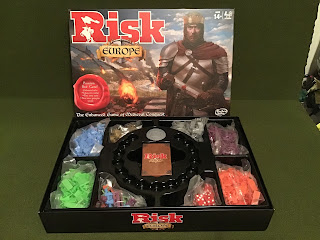 4 colours, with more than 60 miniatures each.
Here’s the meat and potato’s: 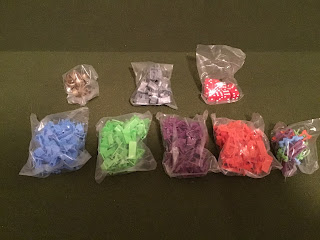 Top row has nick knacks, small crown tokens, tiny walled castles and a bag of dice.
The bottom row has the four armies plus a bag of siege weapons. 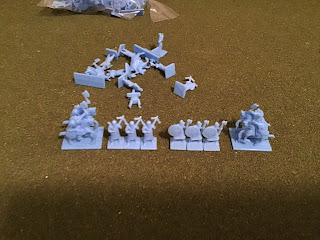 Archers have crossbows, men at arms have axes and shields, the cavalry look somewhat Viking-ish with large battle axes. 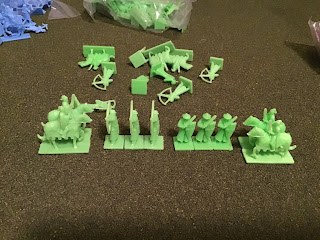 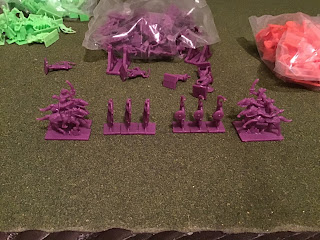 Definitely a Muslim army look to them. Turbans and scimitars. 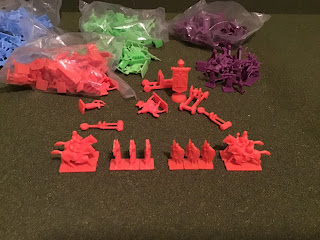 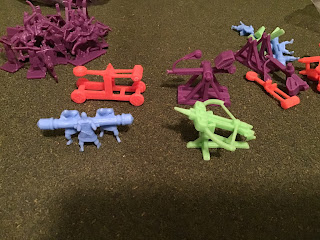 A catapult, a trebuchet, a giant ballista, and three men with a battering ram.

Now the box says the figures are 22mm tall.
So here are some figure comparisons: 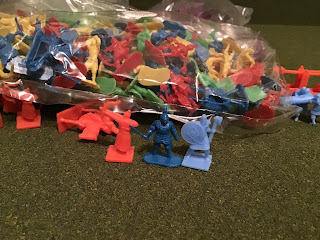 Next to Giant recasts of knights they fit in well.
These Giant figures are available from several toy sellers by the bag. I got mine from ATS toys.
A little pricey. 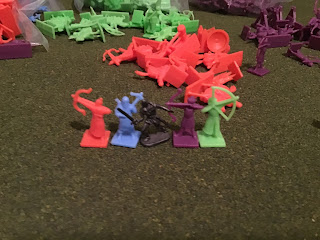 Archers next to a 1/72 Norman figure. Not a bad match. Btw, there are polish recasts of many Airfix and Revell figures showing up in bags of 100 or so figures. 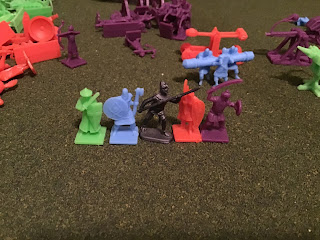 Another Revell recast shows that he is taller and beefier than the game pieces. 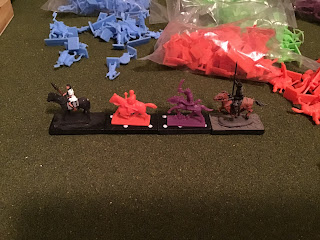 The mounted troops are pretty small.
Here I set them on dominos to be on a level with the other figures.
On the left is a cavalry scout from the game Sid Meier’s Civilization.
On the right is a Revell Saxon.

So was it worth it?

I really liked the blue siege piece, the three men with a battering ram.
Most of the archers would be useful.
The men at arms would have to be in their own unit or mixed with smallish figures like the giant recasts.