What Do You Do With A Bag of Nazis?

Prior to the covid scare, I was picking up lots of very cheap made in China toys.
Very cheap, a few dollars and with free shipping.
Now the prices have multiplied many times and there is a shipping charge.

So I ended up with some big bags of 1/72 scale World War 2 soldiers.
These guys in fact: 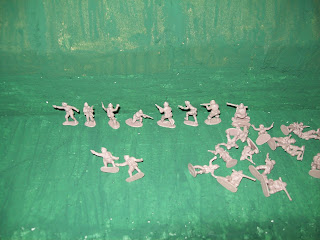 I was able to buy bags of 1000 for under $20.
You get about 8 poses, some more useful than others.
One pose is a copy of the second release of Airfix WW2 Germans. The officer firing a pistol.

So I got out the Xacto, some Tamiya model putty and had a go at making these guys into something else.
I looked at the WRG book about Armies and Enemies of Rome.
The Irish had soldiers with short pants, bare legs and long hair. 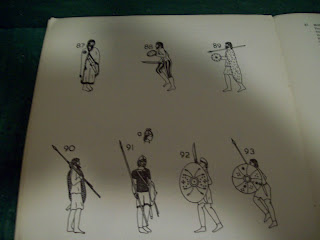 I also thought these rough guys might do as later Franks or Alan's with stripey clothes, axes and top knots.

This is what I ended up with: 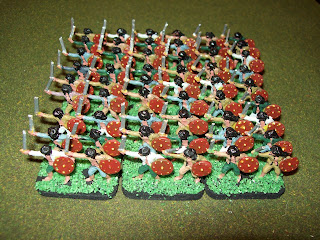 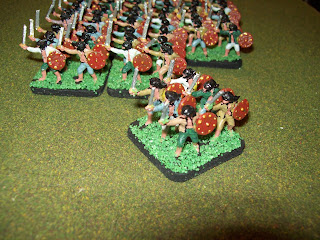 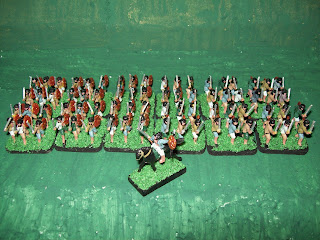 Some guys are awaiting shields. 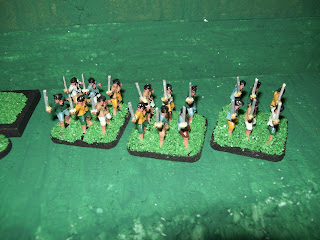 I also painted a Hong Kong cart, I'm not sure if I'll make chariots out of them, as I have a few. Also a couple of Esci barbarians with indigestion. 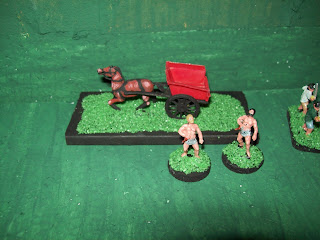