A Dollar Store Too Far

Last year was the 75th anniversary of Operation Market Garden, and I started reading up on the battle.
I did the Cornelius Ryan book and watched the movie, listened to some podcasts, caught some interviews with Antony Beevor and watched a YouTube interview he did:

WWII and Lessons from the Past - 'Arnhem: The Battle of the Bridges'

Pretty fascinating.
He concluded that the plan never had a chance, and it was Monty's folly.
Sadly it cost over 10,000 lives.

I also picked up several DVD's about this period of the war.

So I decided to start up making a 1/72nd Airborne force and started with the British first.
But on the cheap.
Model jeeps, whether plastic, resin or metal are pretty dear.
So I scrounged in my pile of toys and painted up a small force.
I also did the "toy soldier" look, given that my figures were a mish mash of makers.
(And try finding any piats)
Cherry red berets in place of the maroon, and high gloss finishes.
Definitely TOY soldiers.... 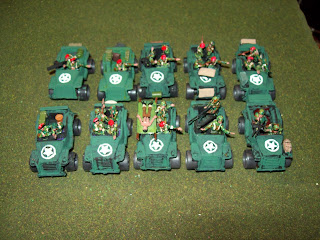 Dollar Store Jeeps (of a kind) with torsos of soldiers added. 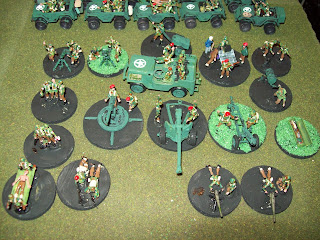 The heavies, dropped by glider to be sure. Atlantic anti tank gun, mortars and heavy Mg's. A mix of figures. The pack 75 is nice but a terrible kit to assemble. 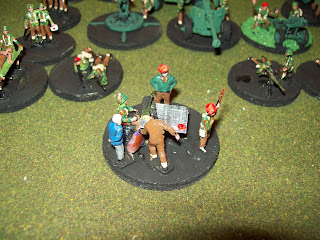 Commanders trying to get the radio working. Local help from a pensioner. 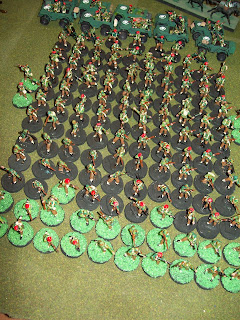 The soldiers. A real mix of makers. 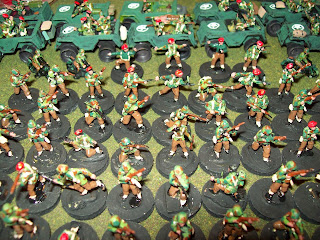 A bit of a close up. I have to admit, I had fun painting this lot up, but like everything else, "it's a work in progress".
Posted by Doug at 6:57 PM