I ordered some bags of these: 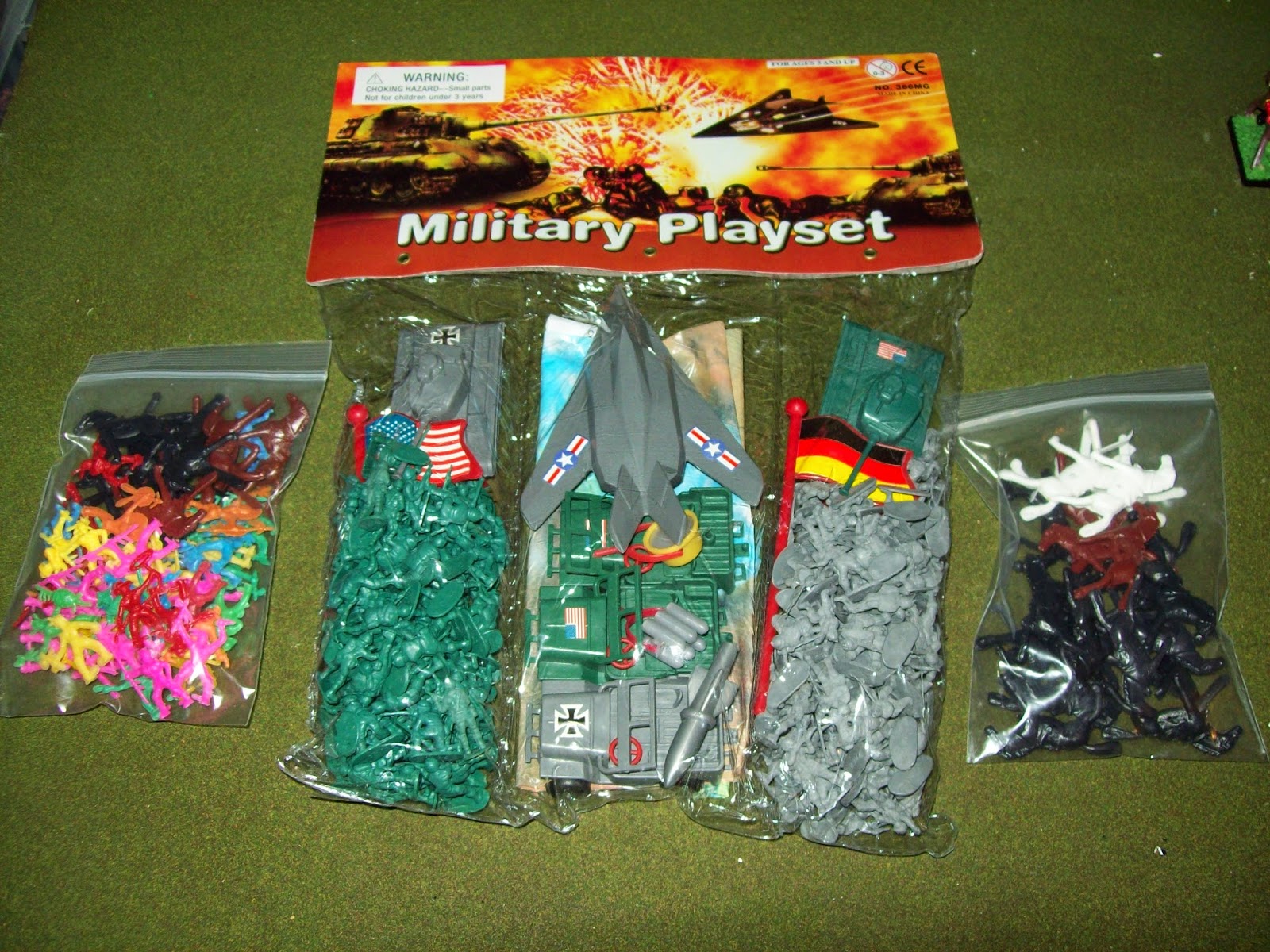 In the center is a bag of over 200 US and British 1/72 soldiers with some tanks, jeeps and a plane. On either side are some of those cowboys and indians I mentioned before with Giant style horses.

I made some units in Charles Grant Style, that is 48 ranks with 5 officer/extras plus 2 bases of 3 grenadiers for a total of 59 miniatures. I guess I'll group the grenadiers into a converged unit once I have enough made. All are plasticine conversions painted with acrylics and with a double coat of Future Floor Polish. 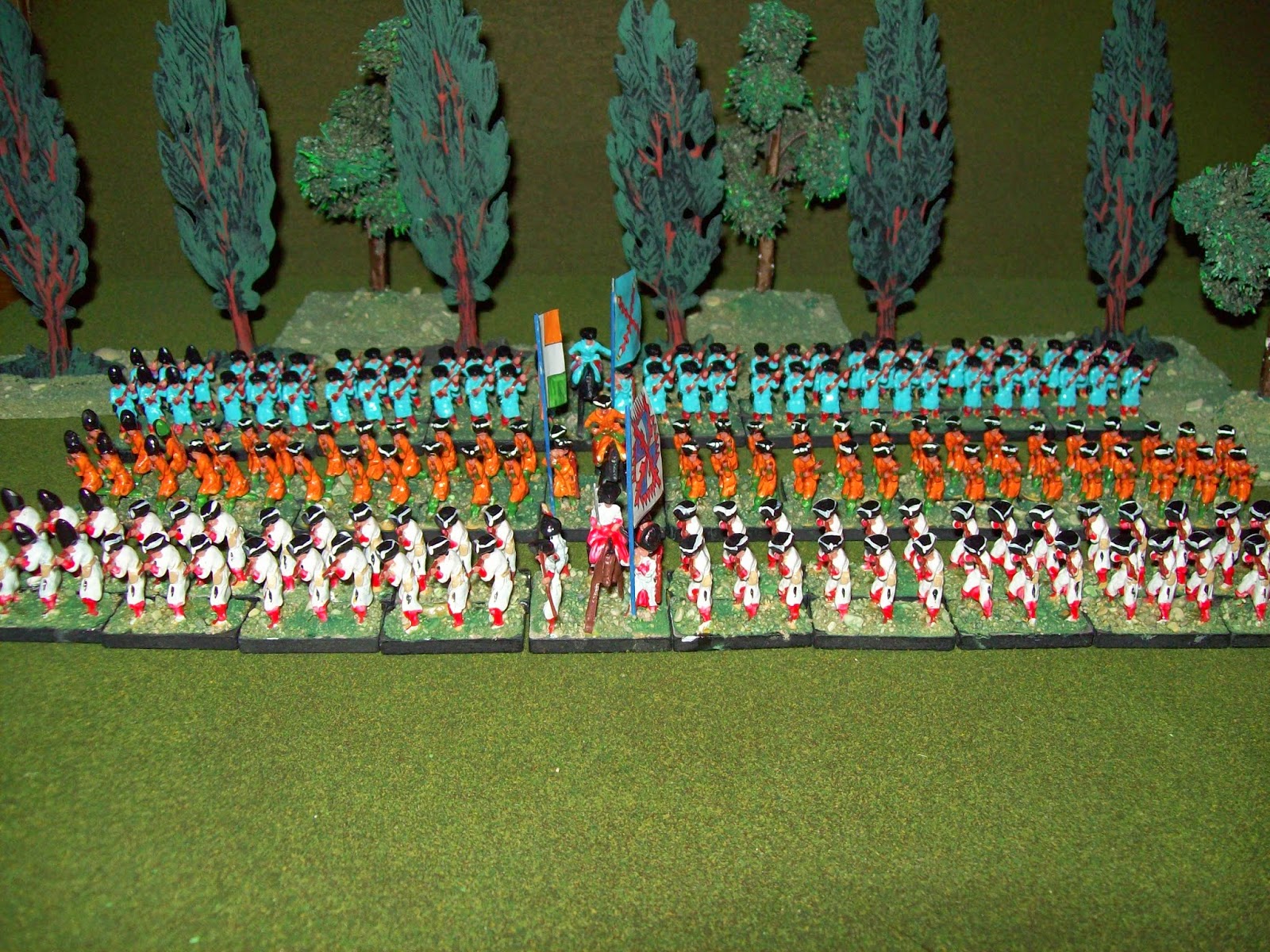 I was really taken with the home cast armies I saw on the Westerhope Wargames Group Blog:

Basically I made a few units like their Spanish Marlburians: 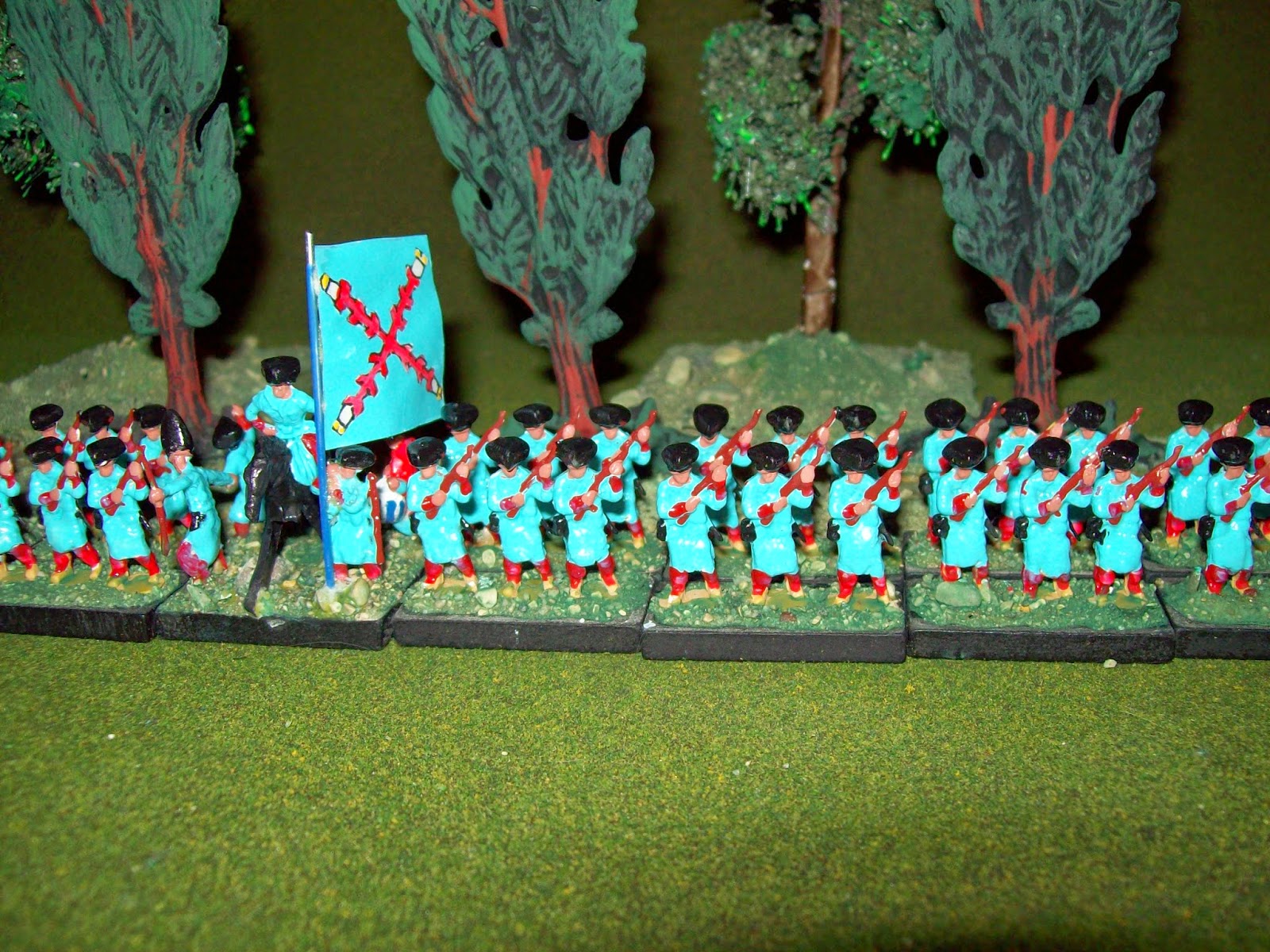 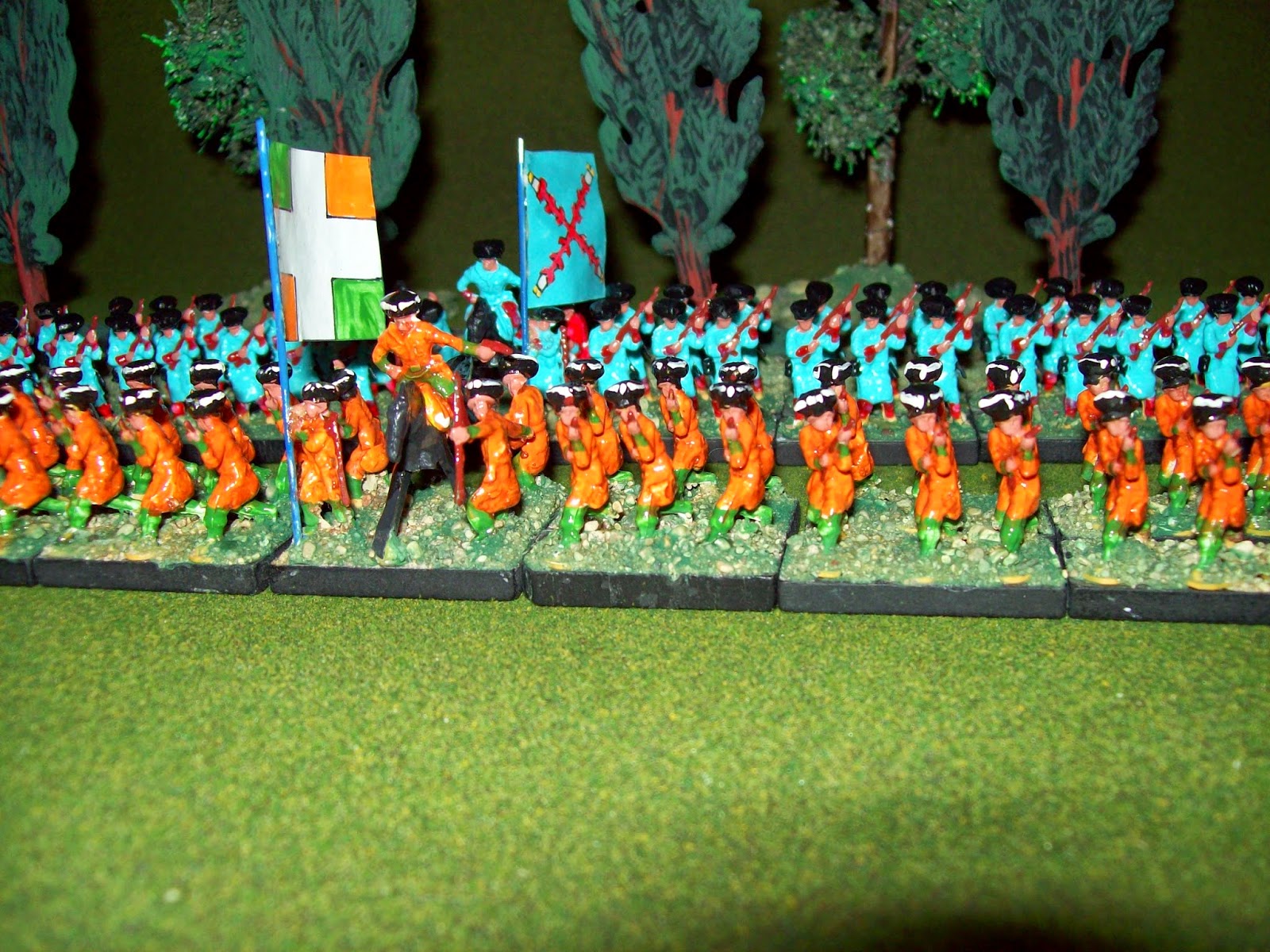 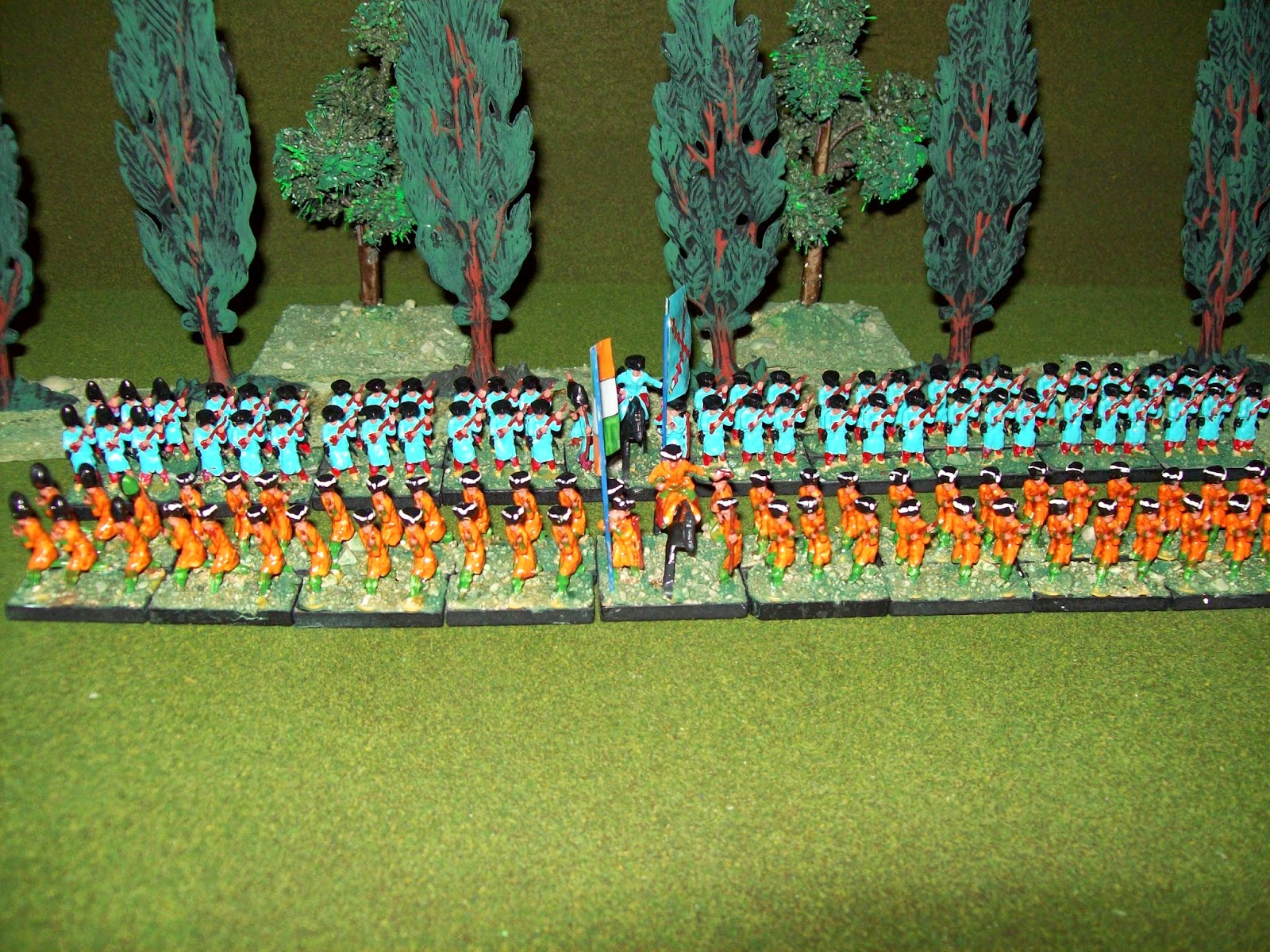 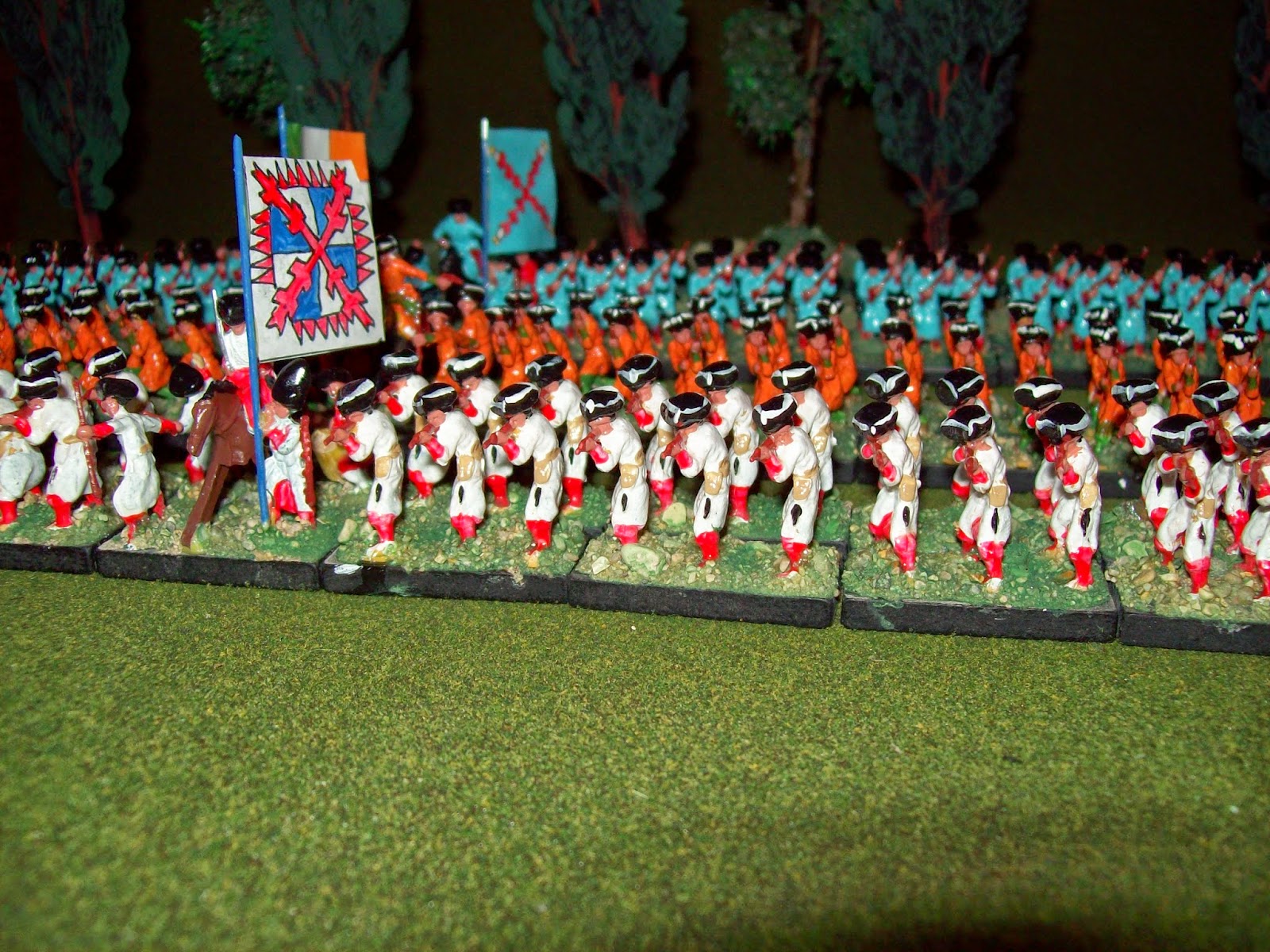 I used the cowboys and indians for the mounted officers, and for the cavalry.  I really like the Lombardi poplar trees, which I've culled from toy farm sets and second hand shops.
I  also did a unit of dragoons. Twenty four other ranks and four officer types. I used Funcken's Lace Wars book for the uniform of Spanish Dragoons, but I'm at a loss for a flag. 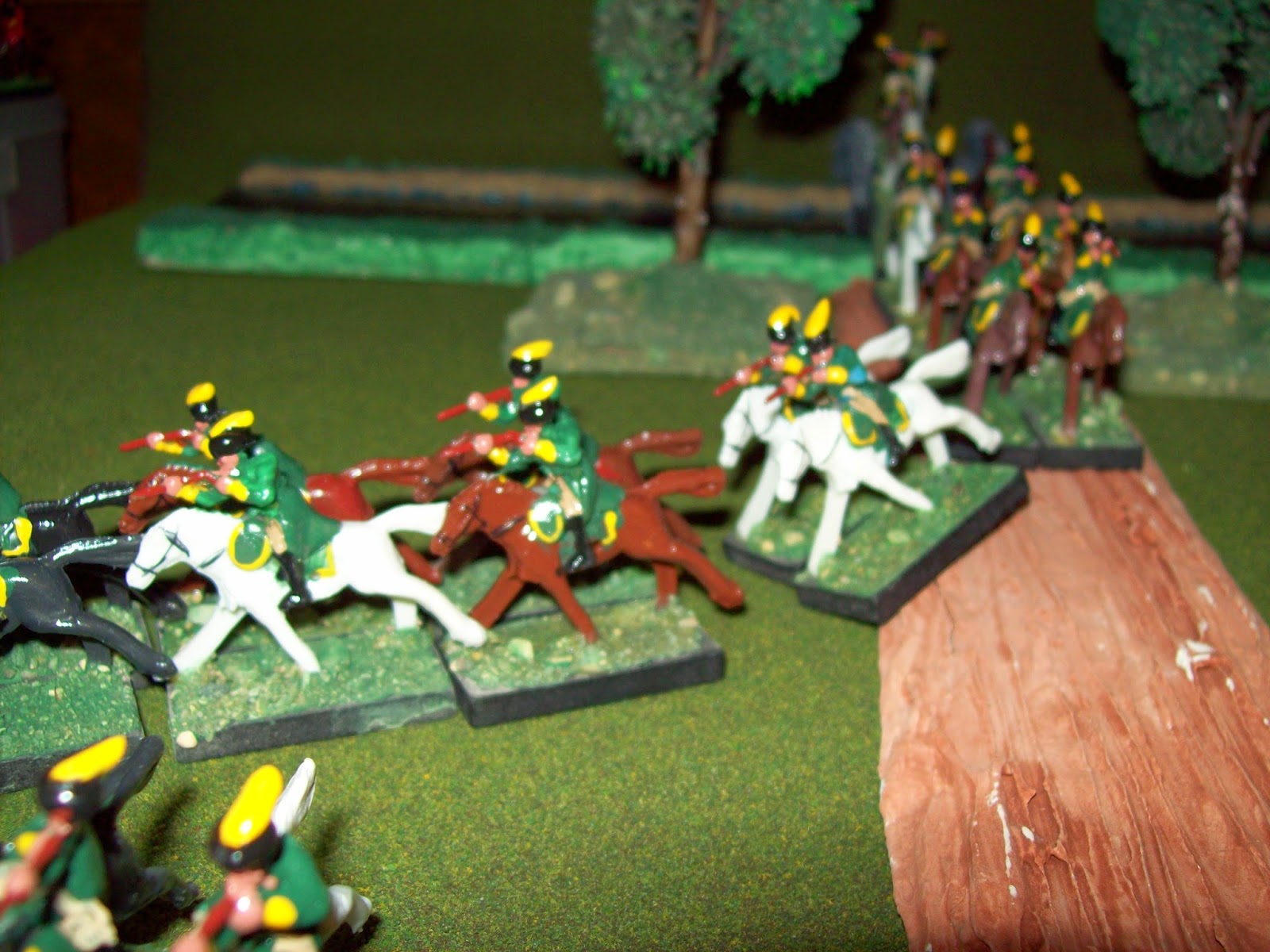 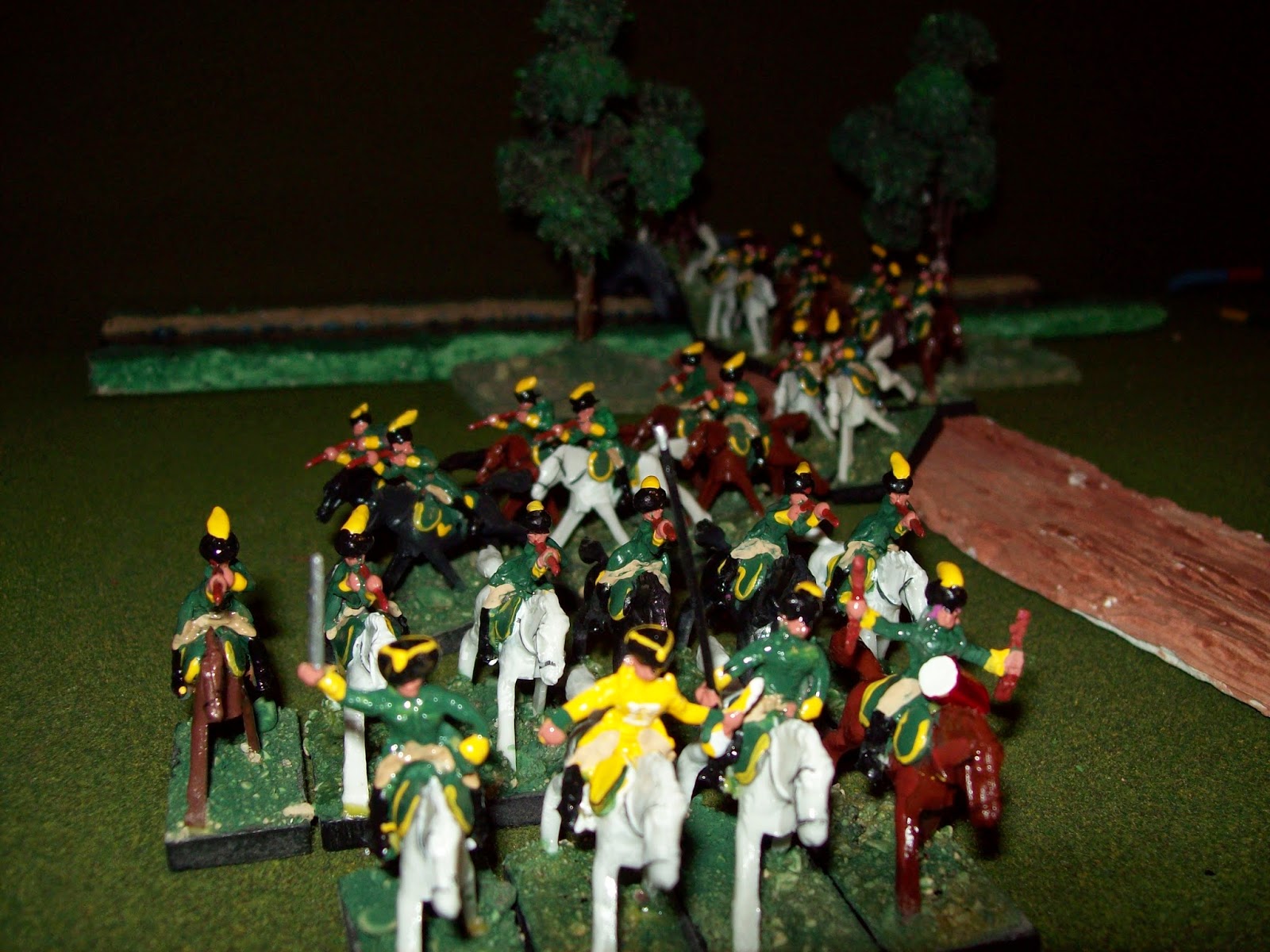 I started a unit of Danish cavalry, again a copy of some of the soldiers I saw in the Westerhope blog. I really like these guys. The swords are toothpicks. 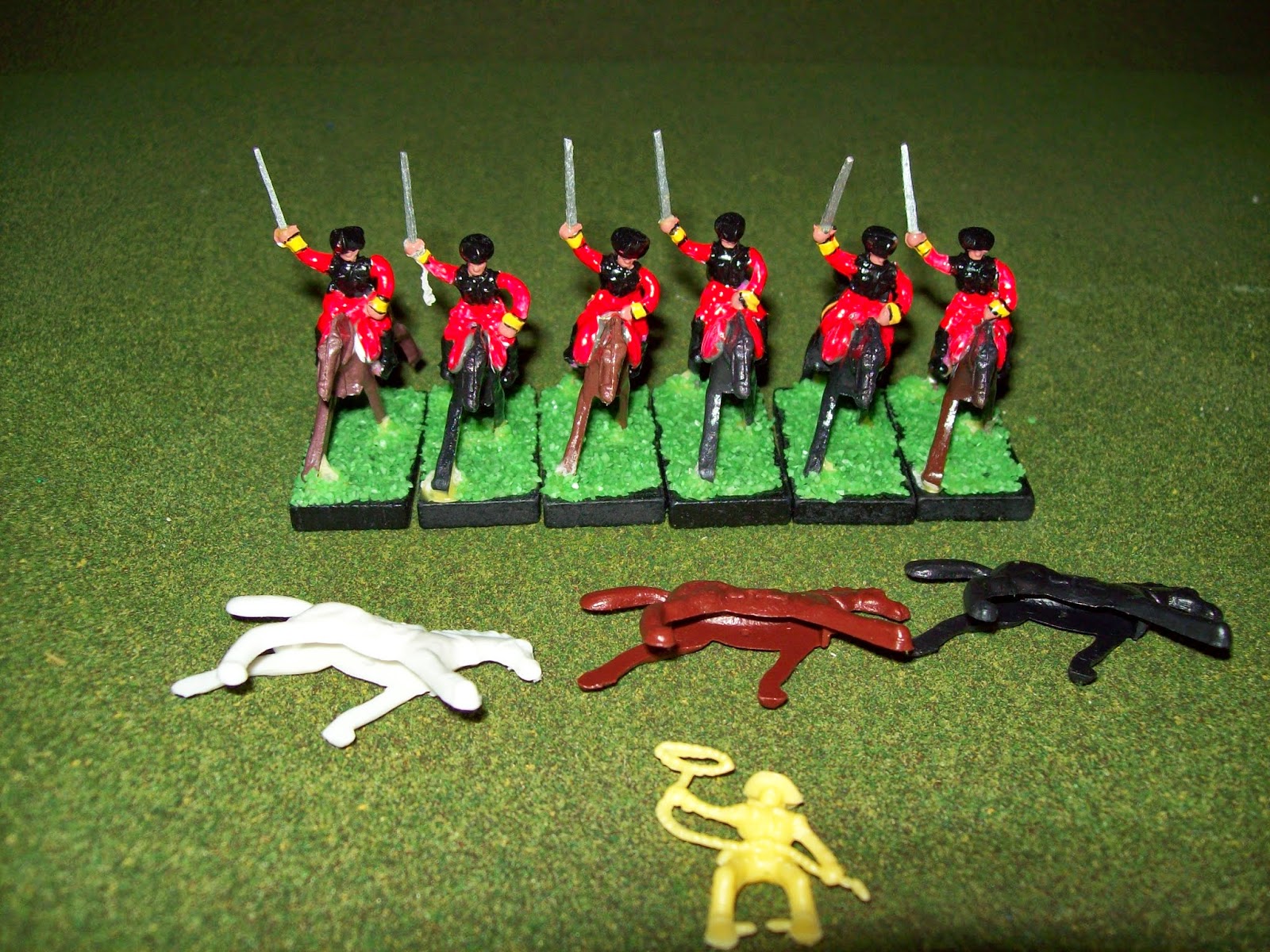 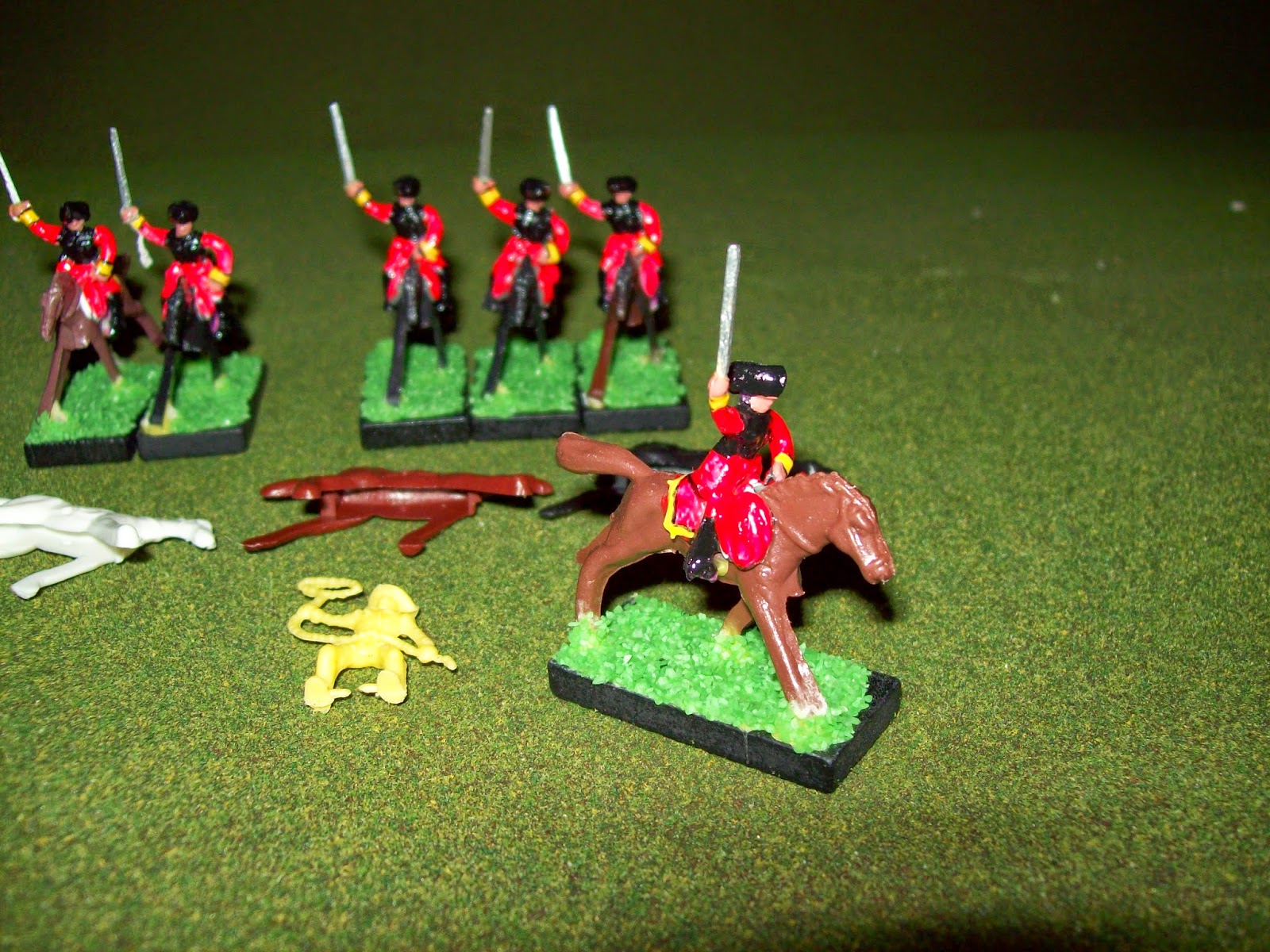 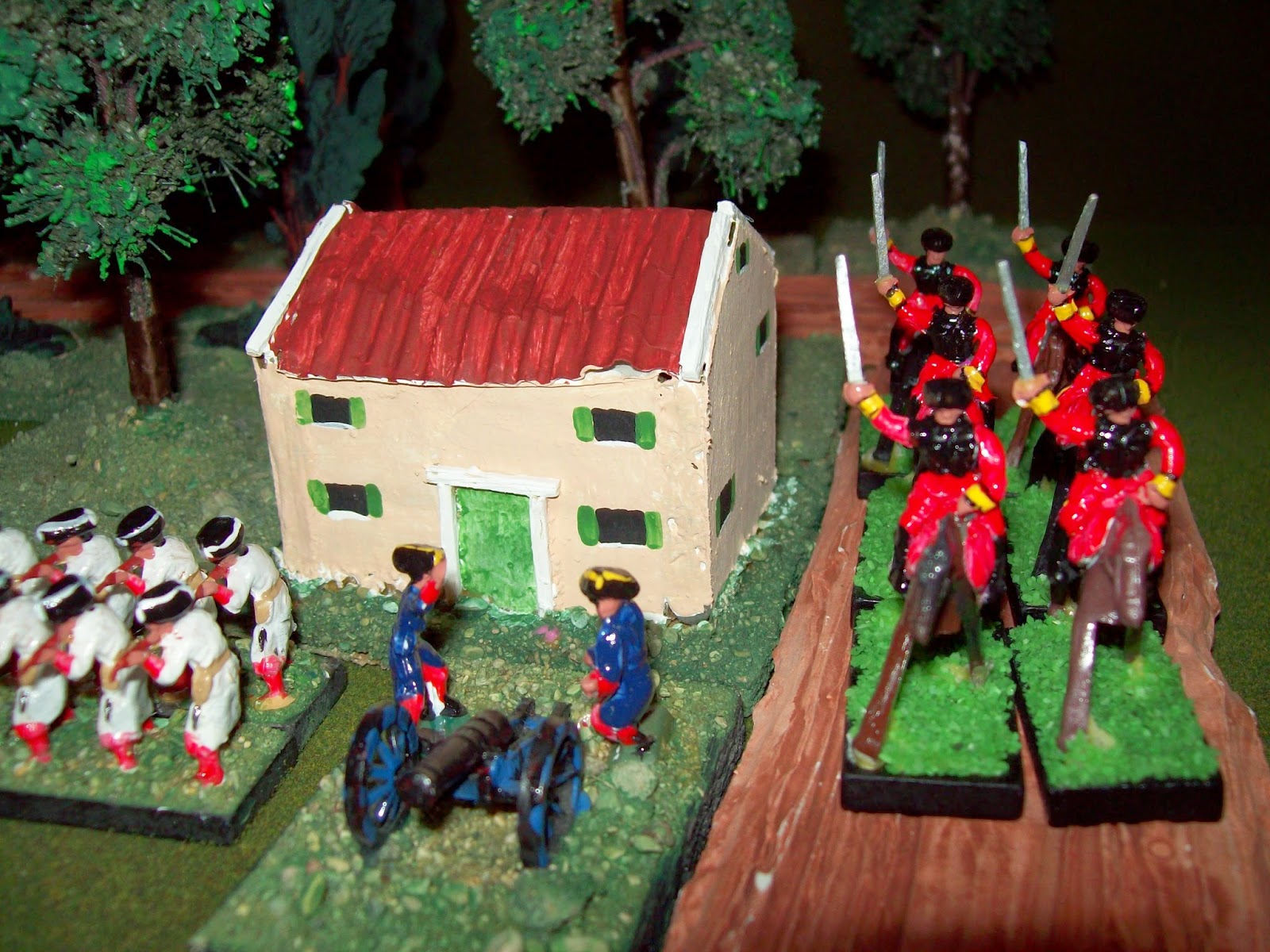 I also started a few other units, like this artillery piece. I guess I'm lurching towards Almansa on cardboard and plaster roads.
Posted by Doug at 5:30 PM