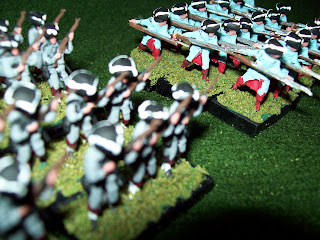 Here are some more of those cheap made in China toys I've been messing with. These guys are French style troops with plasticine hats, coats and packs, and toothpick guns and bayonettes. 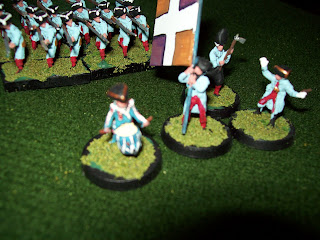 The command grouping. An officer, a flag bearer, a pioneer and a drummer. 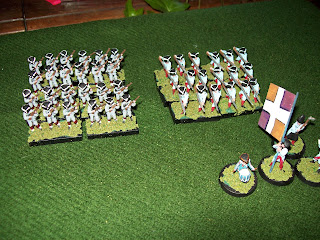 On their way to 48 ranks each some day. 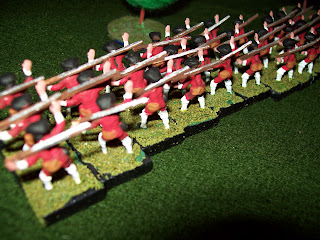 These are an odd pose that I'd thought I'd use. They are the "Follow Me!" WW2 US G.I. officer waving his hand and a pistol. Plasticine tricornes and a toothpick gun and now they are marching enthusiastically. At least I hope so.... 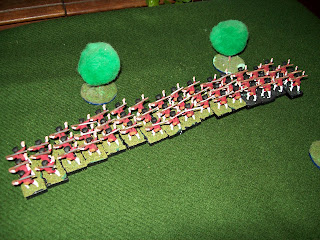 Some Pom-pom trees, just a nail, a poker chip and one of these fluffy pom-poms you see at the craft stores. 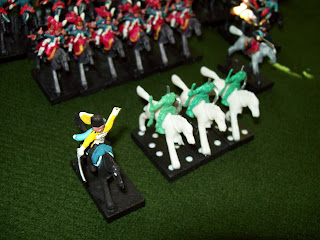 The start of something new. French style hussars from plastic cowboys and indians I bought from a guy in Thailand. I removed the head and an arm and replaced with 20 gauge florist wire from Michaels. Then I built up the arms with a thick contact cement, and added plasticine for detail. The horses are Giant knock offs, but these are thicker with sturdy legs. 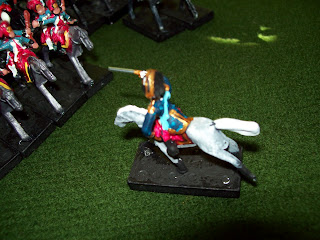 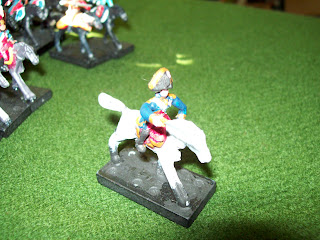 A shame this picture didn't turn out. I'll replace it eventually. Again, this is a chopped up cowboy figure. 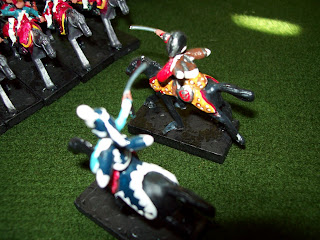 A French Hussar General from the Funcken Lace Wars book, and an ADC. 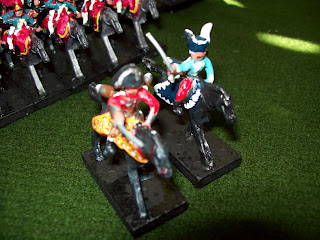 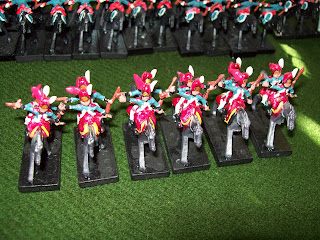 Arquebusiers de Grassin from the Funcken book. Riding two to a horse. On a sad note, I read online that Mr. Funcken recently passed away. He was a real talent and very influential to many wargamers. In point of fact, I recently purchased 2 seasons of "Callan, and one of Mr. Funcken's book was used by a character as a reference. 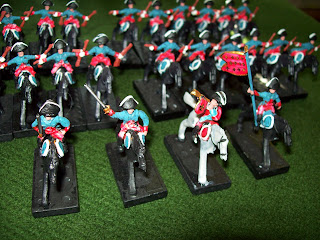 A full regiment of Imagi-nation Dragoons. These are all the Thai cowboy figures with plasticine additions, including the trumpet and flag. 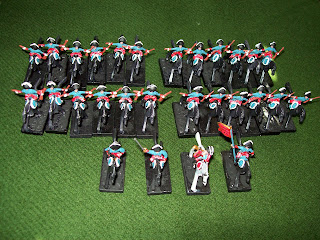 The full regiment. Silly pose perhaps, but these guys are loaded for bear! Pistols and carbines and no reins! 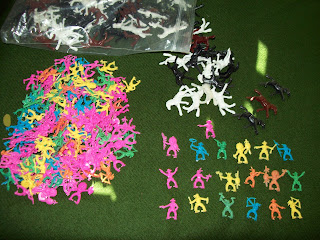 Here's a look at those Thailand imports. Very affordable and with new poses I've never seen before. The plastic is nice and soft, carves easily, is easily drilled, takes glue and acrylic paint. I've more on the go. I'll post again soon.