My Myceneans, Well..., Not Really Mine

Years ago there was quite a source of 20mm figures showing up on ebay fom a place in Sarasota Florida.
I bid on many of the items and managed to land a few. Those little mounted knights from Scruby were among my successes.
Well I won this lot, and set them aside and by passed them.
I was snooping downstairs when I rediscovered them and brought them up to base and finish. 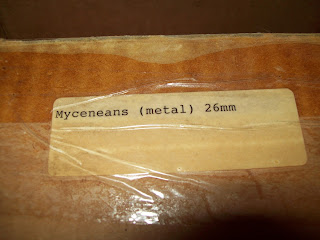 The owner/creator referred to the figures as 26mm. What they are in fact are home cast copies of the Giant ancient Romans, which were themselves tiny copies of larger 54mm English made plastic figures. 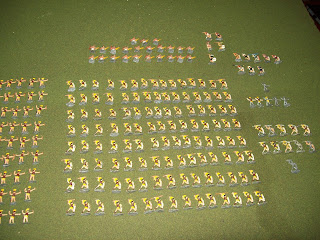 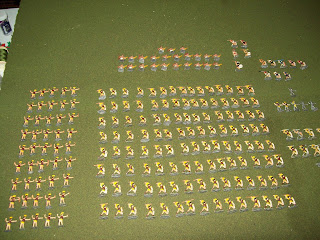 There are some 200 miniatures, almost all are painted and are rather clever adaptations of the Giant figures.
A quick look at Peter Connolly's book "Greek Armies" shows the similarities: 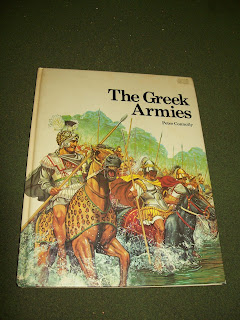 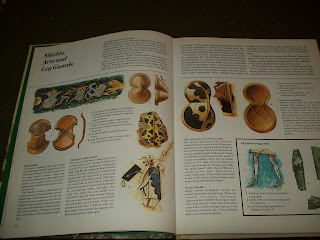 Not too bad for homecast figures. 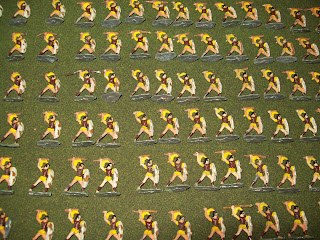 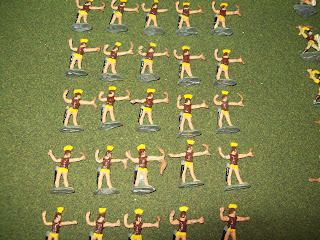 There are a few partially painted figures and some that are obviously personality/hero figures: 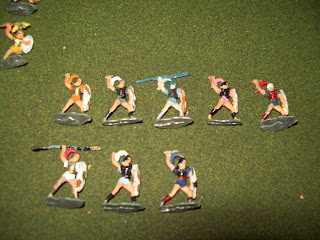 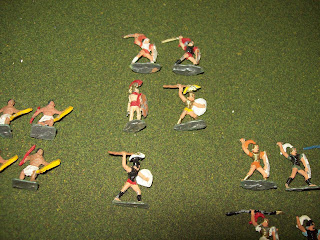 Also included in the lot were these Egyptian figures. A close inspection of the shield shows hieroglyphics on the shield with a peep hole near the top: 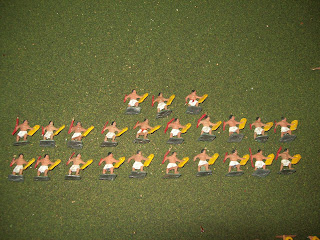 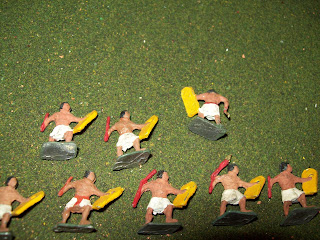 All in all a nice selection of toys that will fit in well with Atlantic/Nexus Greeks and Trojans.

I've also been up to other things. Here's a few pix: 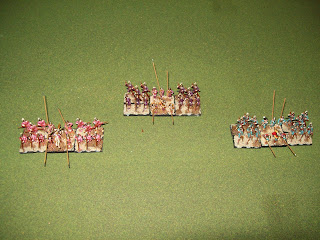 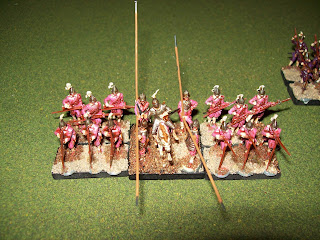 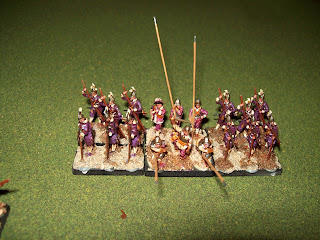 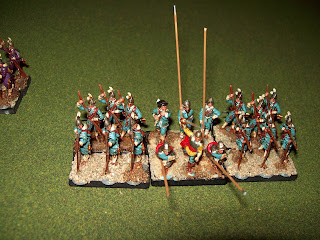 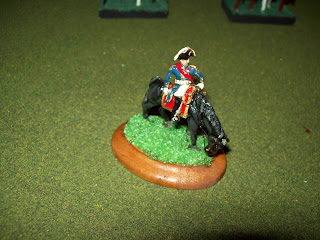 A Hinchliffe French Marshal.
and  finally a project that never really got off the ground, the US/Mexican war. Plasticine conversions of cowboys on recast Giant horses. 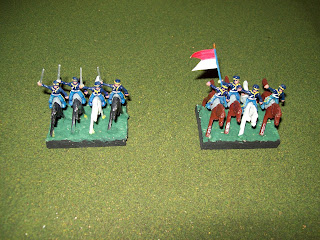 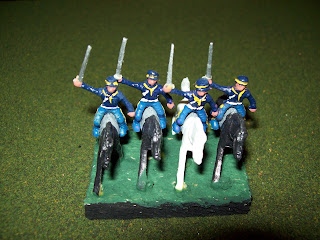 The large bases are for hex boards I've been toying with.
Posted by Doug at 8:47 AM