First up are some of my Little Lead Soldier company figures. I painted these up as Royalists. I also made a version of Peter Gilder's Gentleman Pensioners, but I did err in the numbers and in the banner. I blame my watching Family Guy while painting. A Minifigs Charles the First is in attendance. 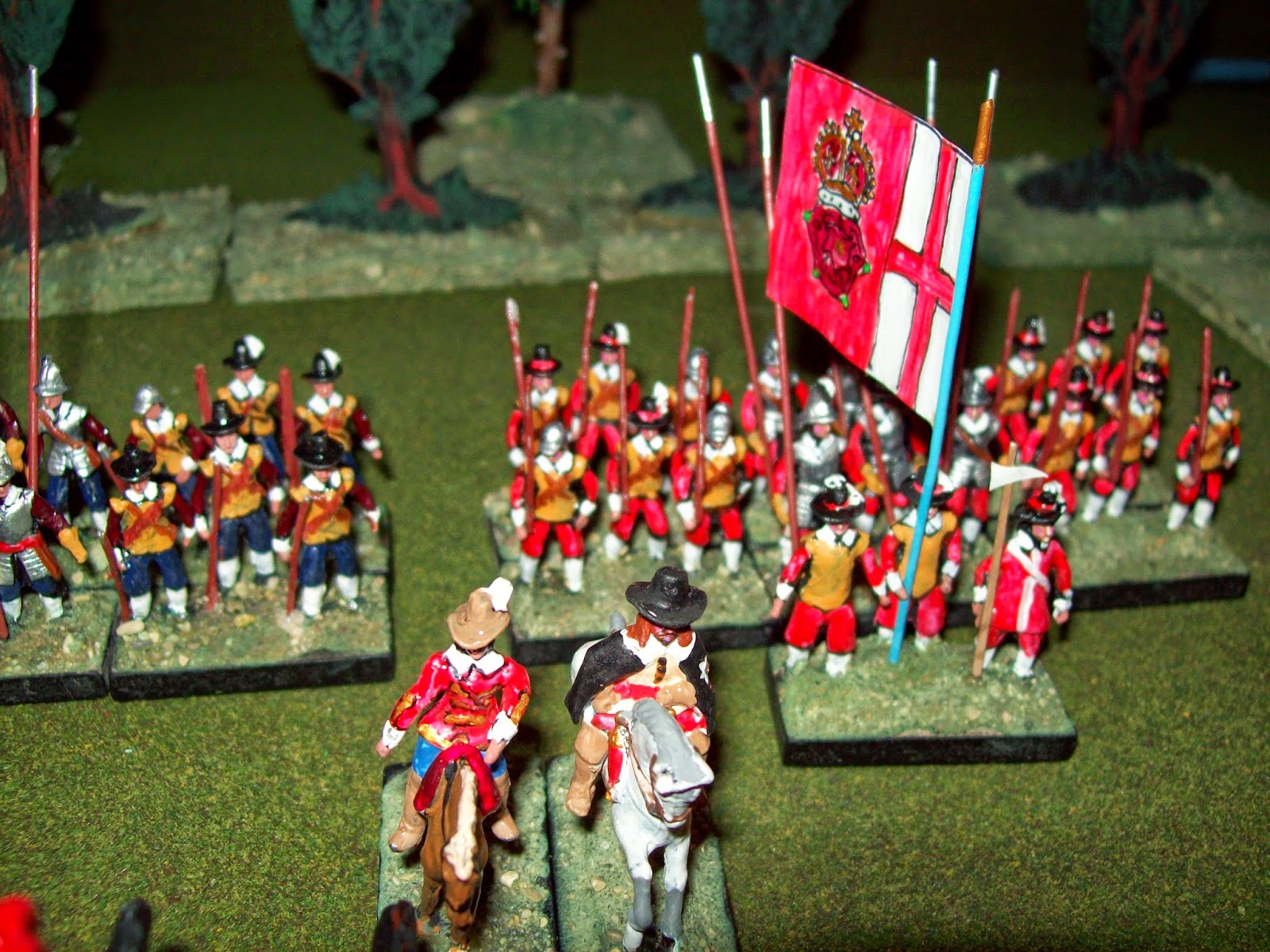 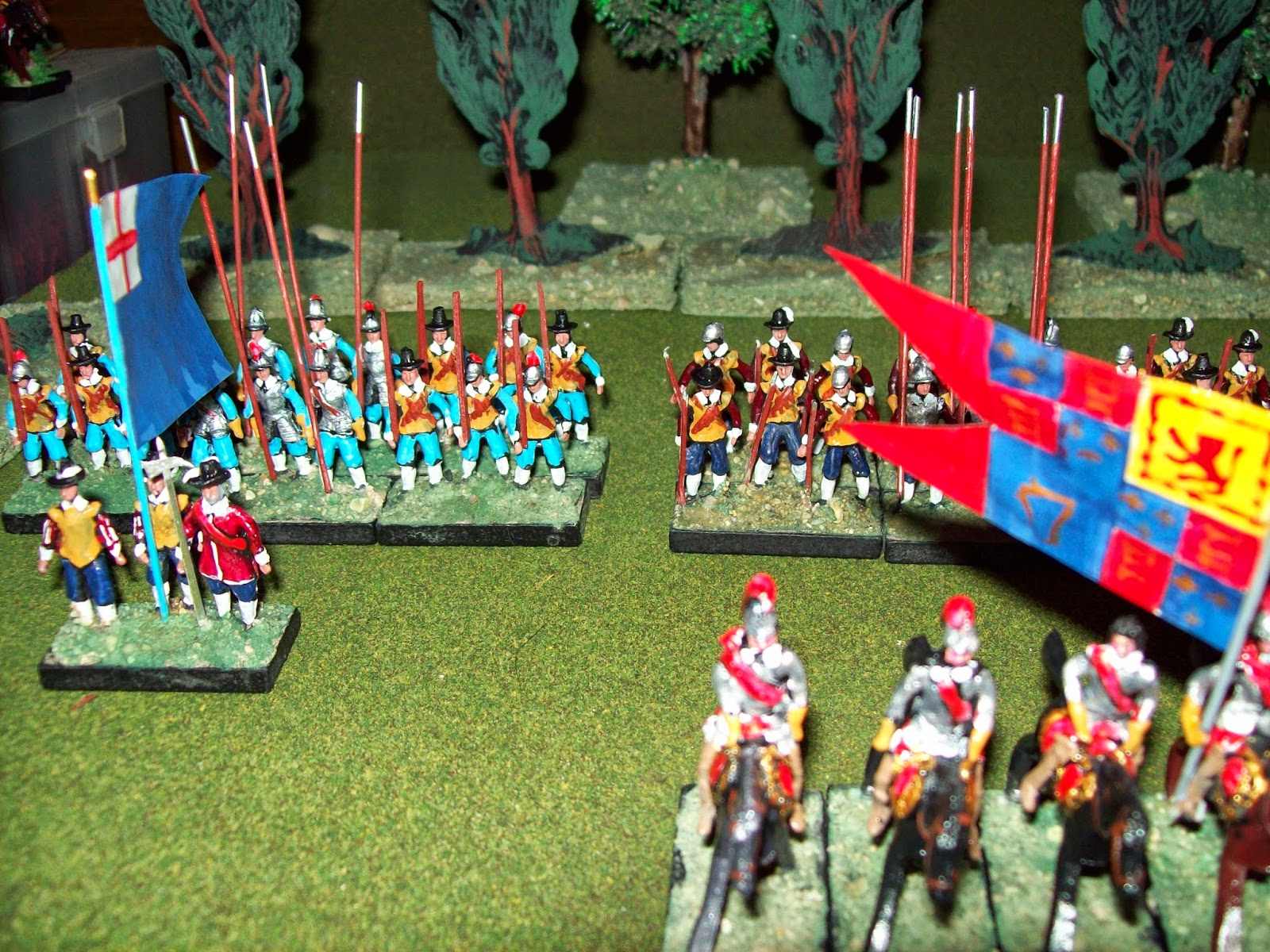 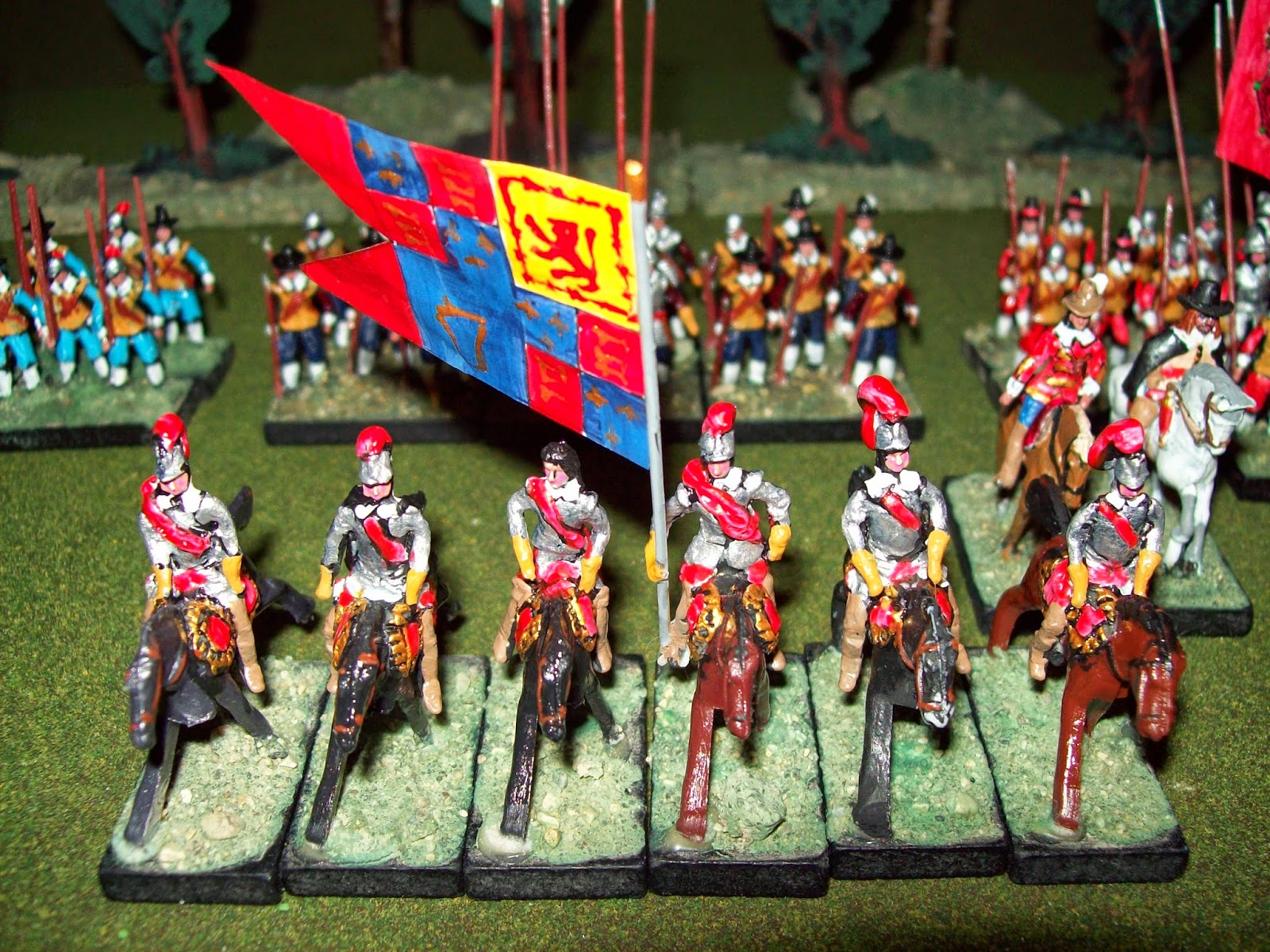 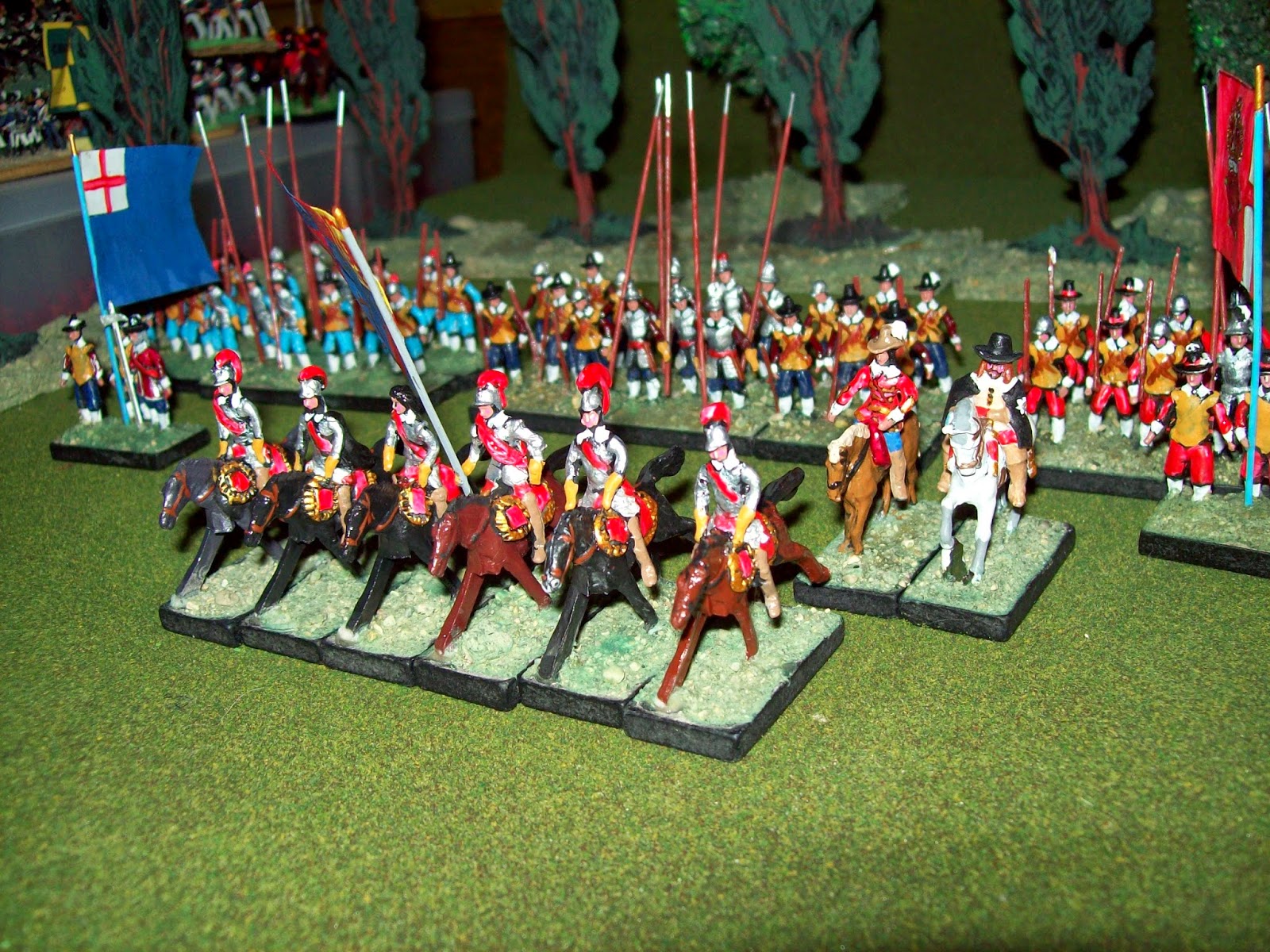 Next are a mix of figures from the Parliamentary side, Warrior Miniatures 20mm and some more Dollar  Store conversions. 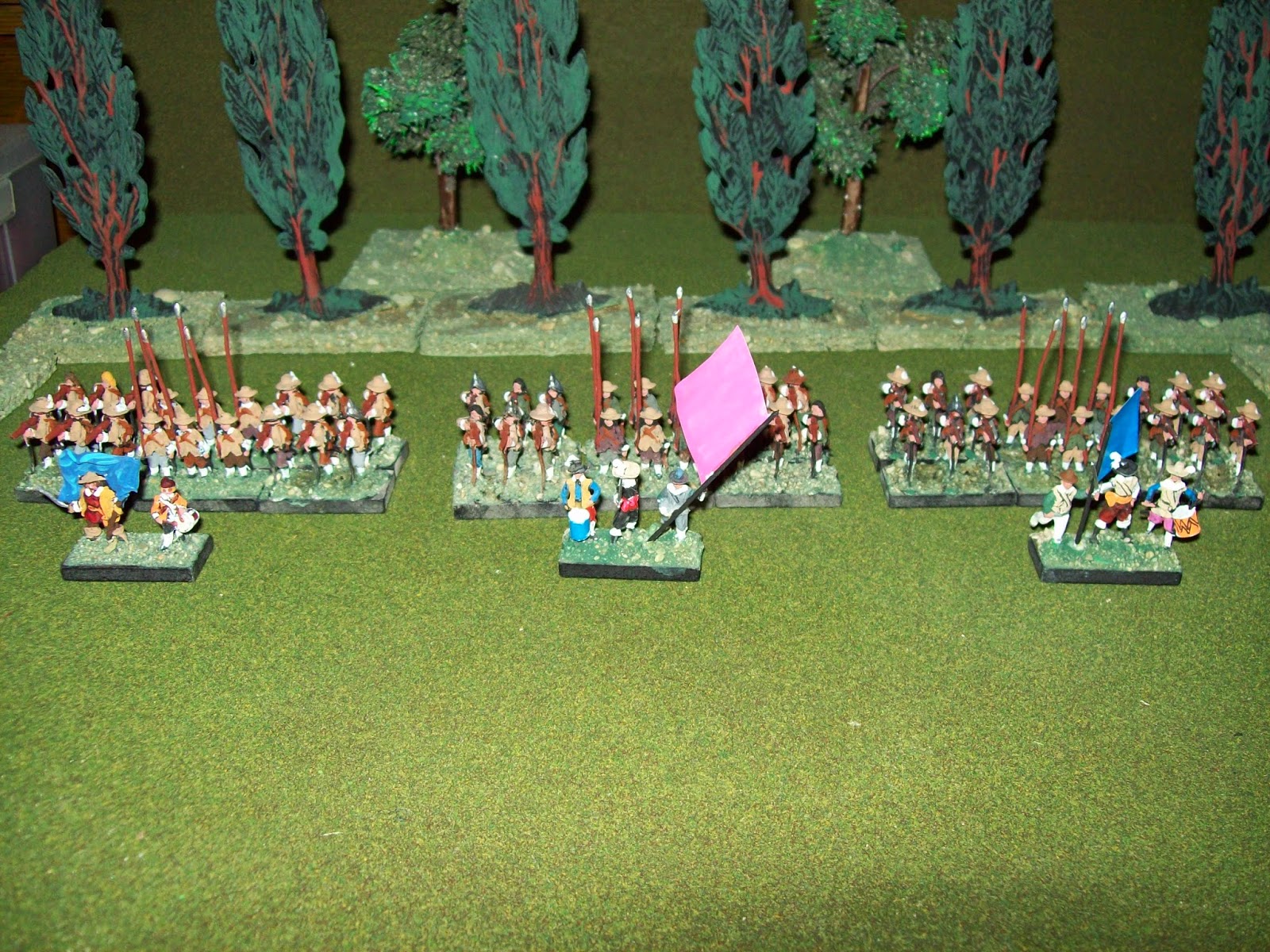 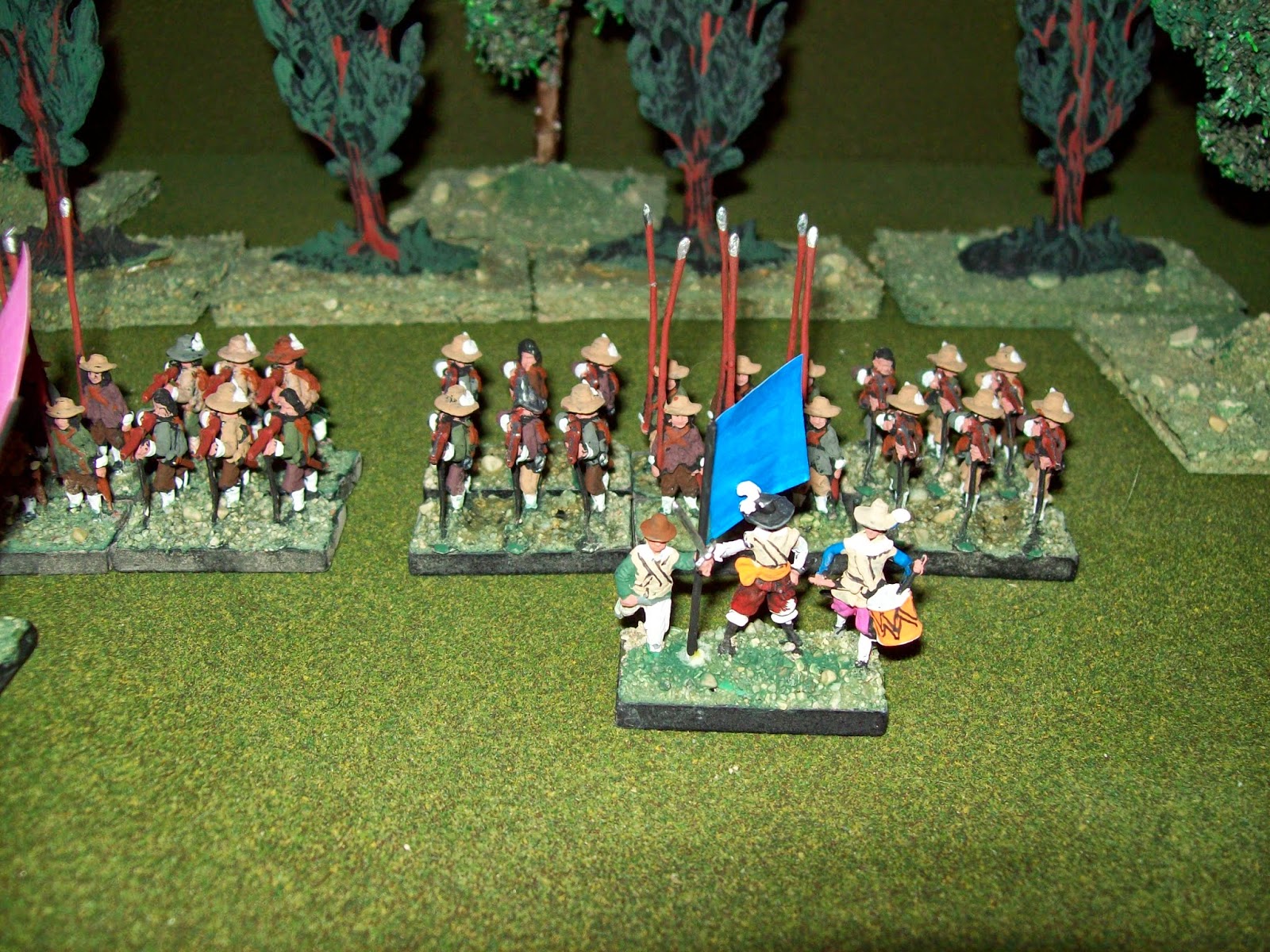 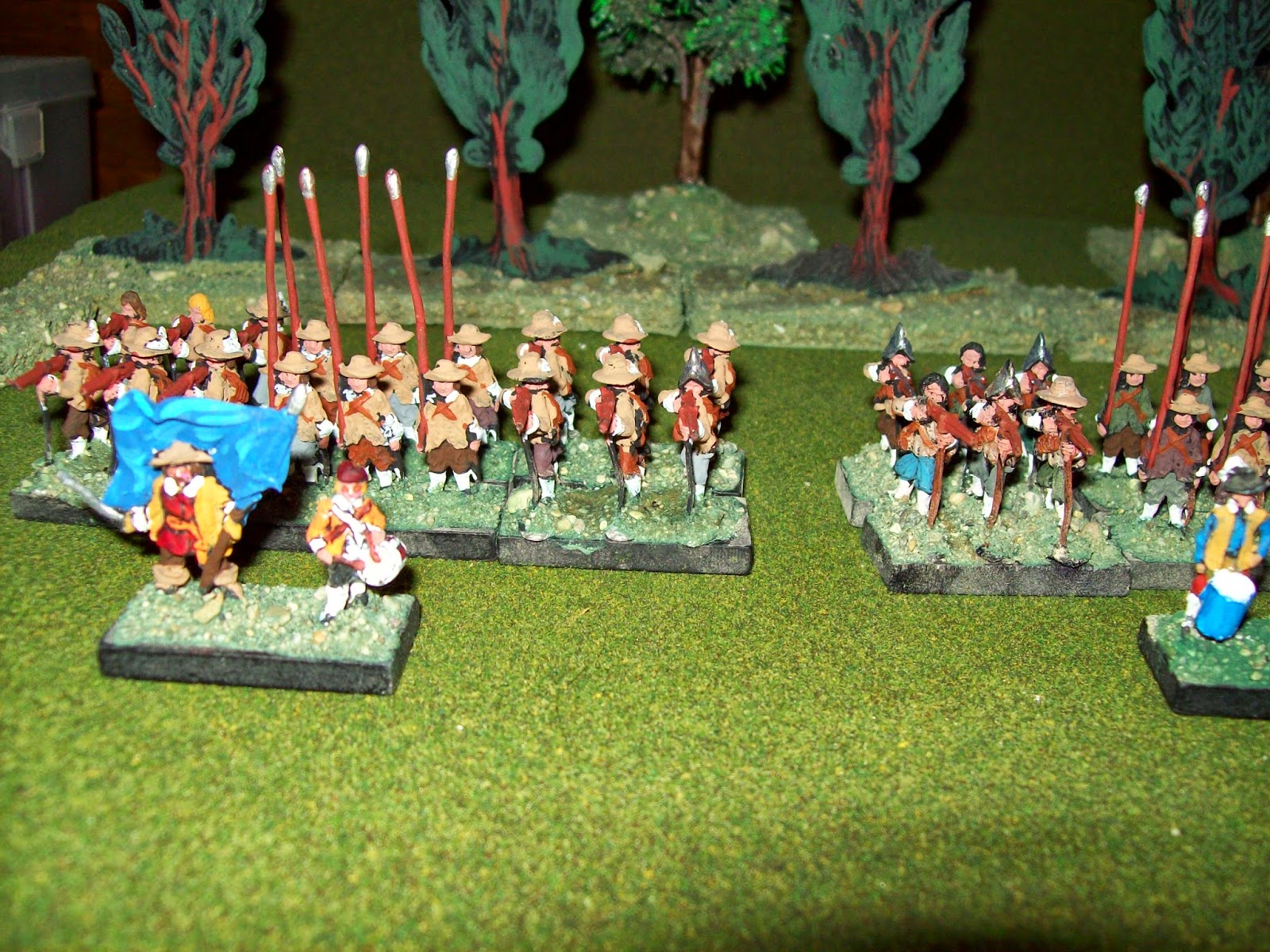 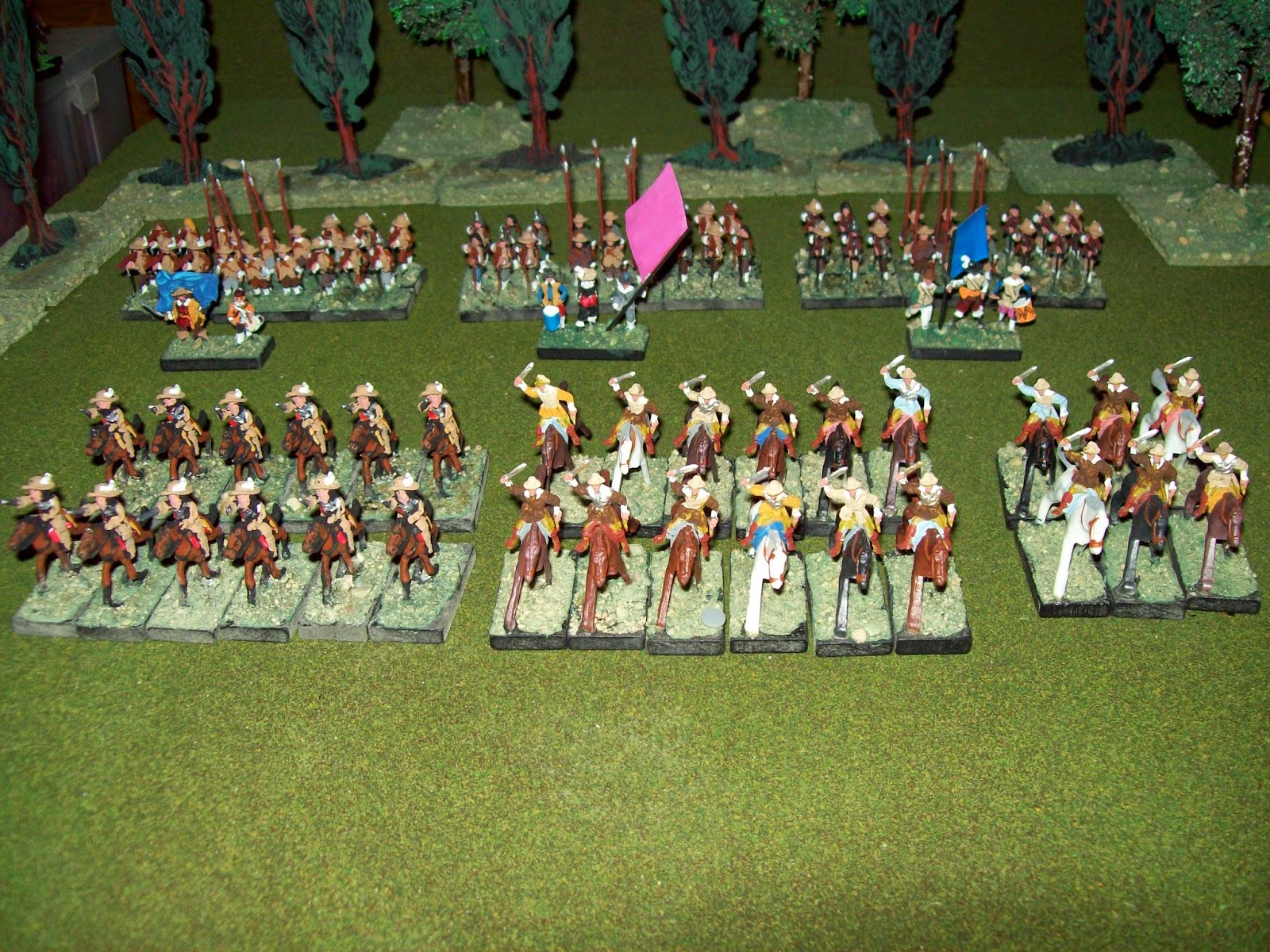 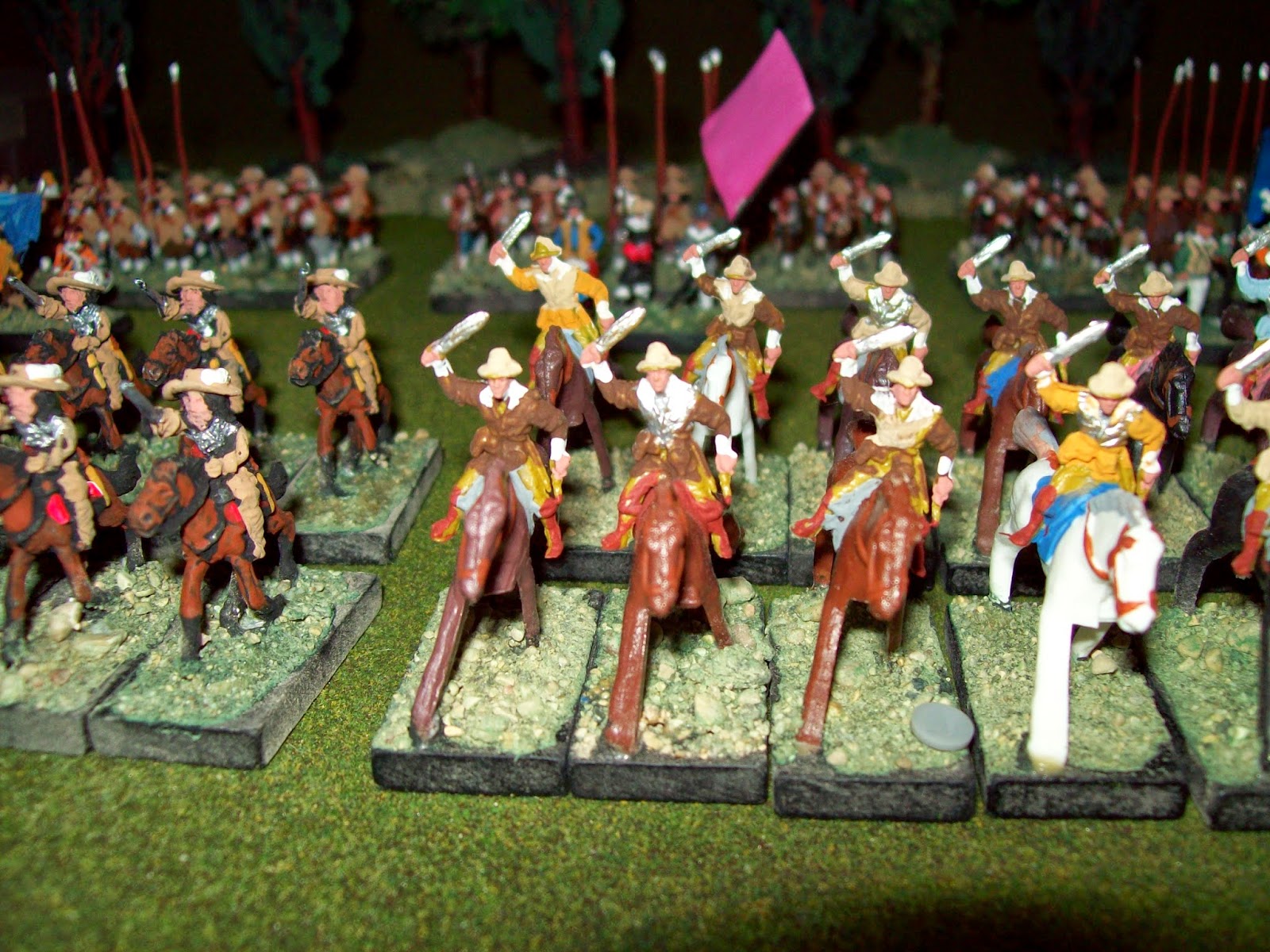 These last three images are of some game pieces from Sid Meier's Civilization Board game. I picked them up in a bagful of toys from ebay. While they aren't especially accurate, they do look the part. I added pikemen from World War 2 Dollar Store soldiers. 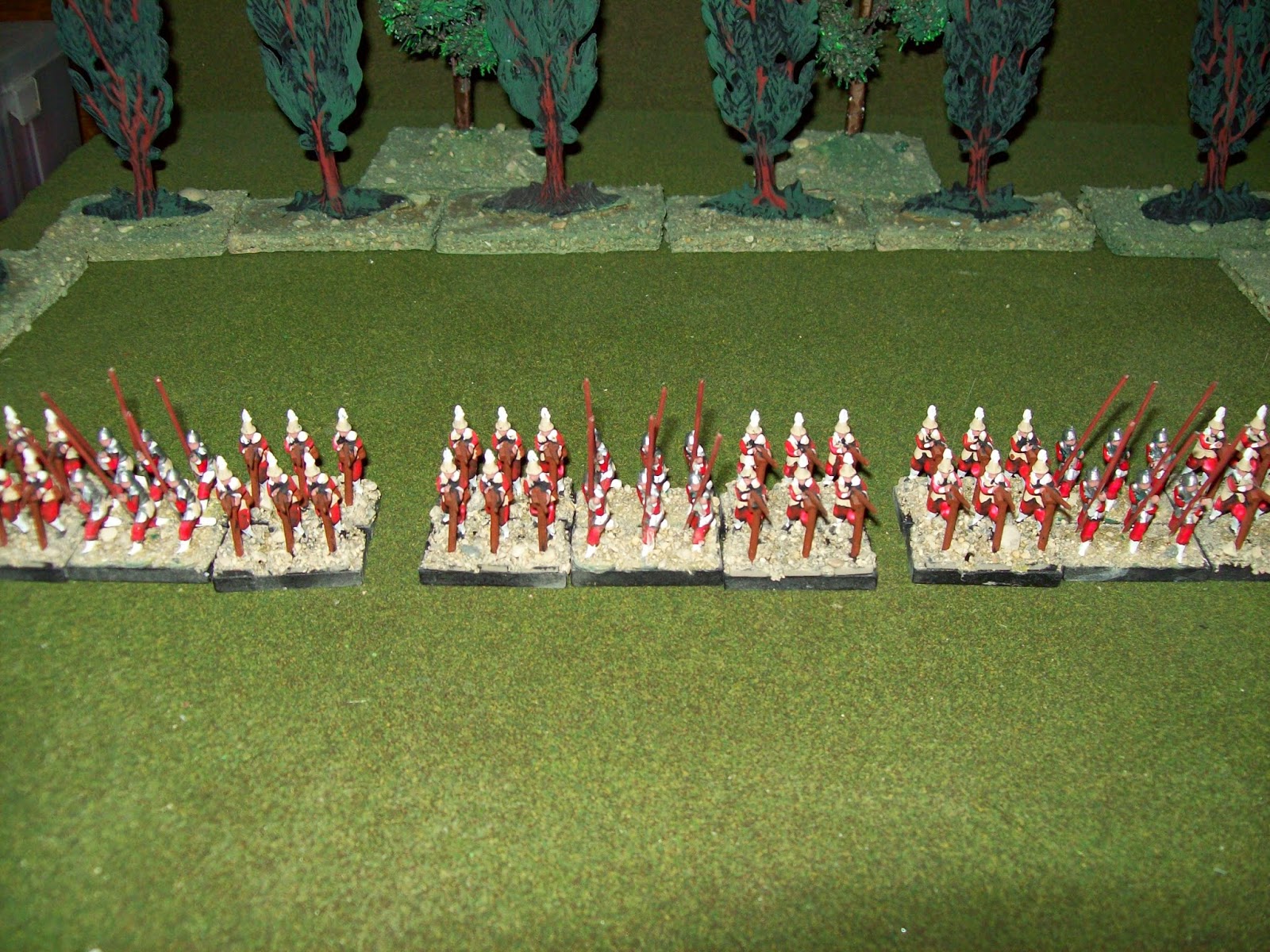 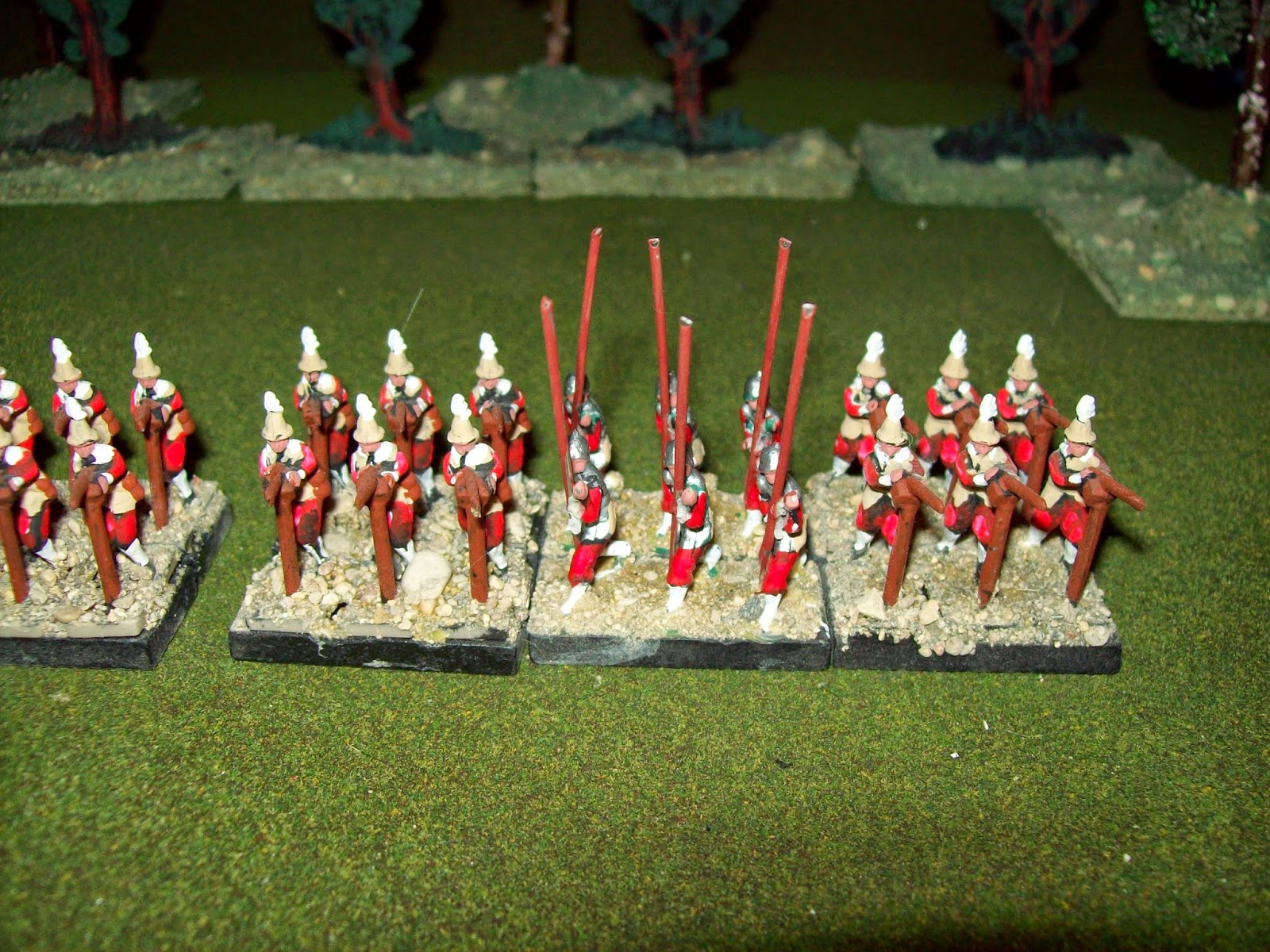 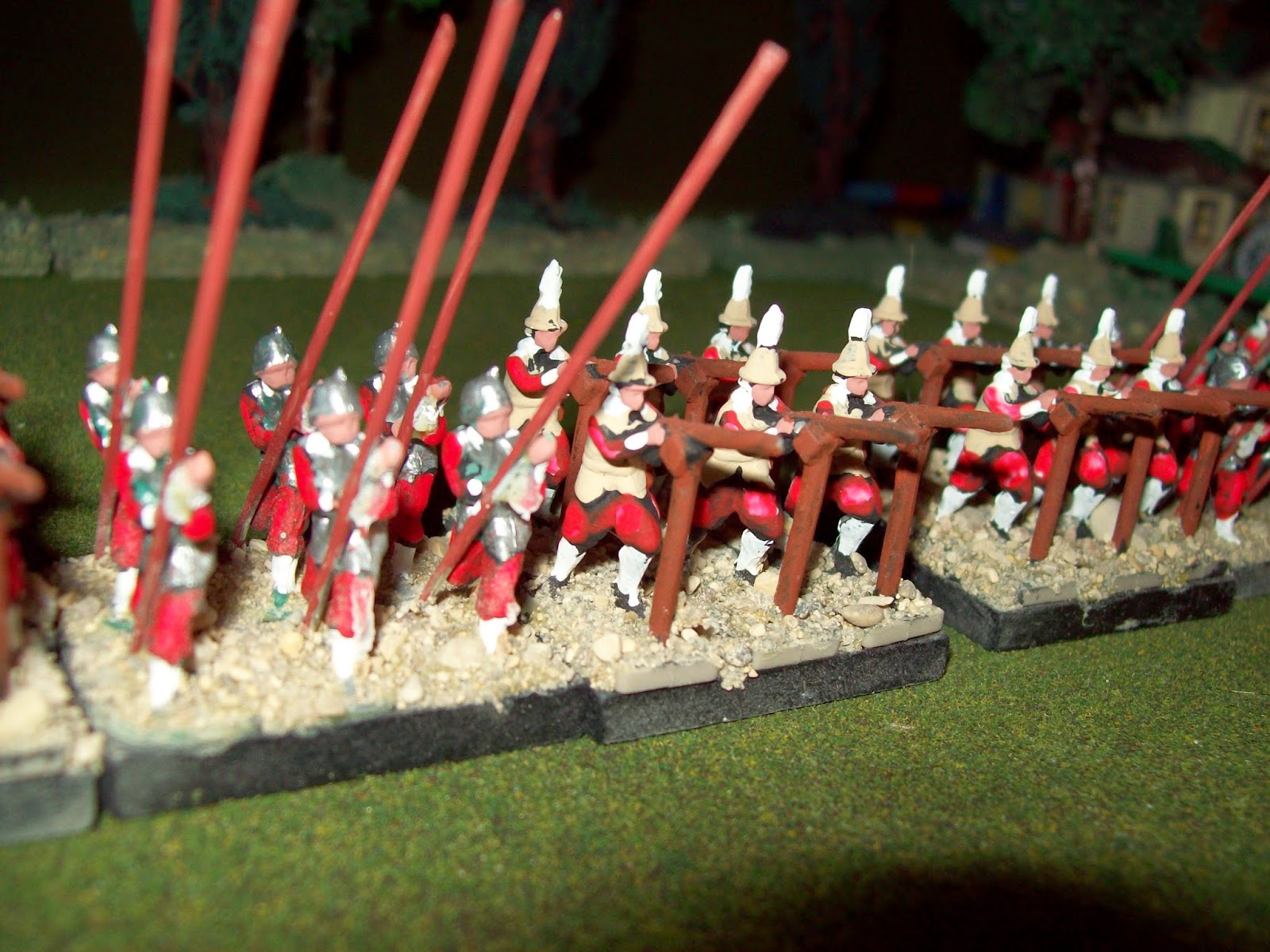