A Most Influential Article From Battle Magazine 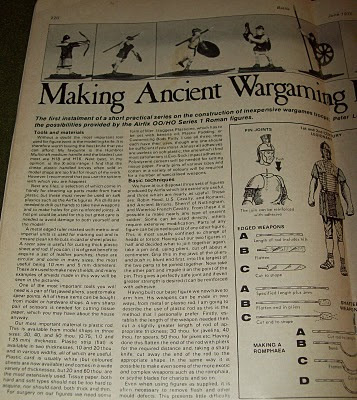 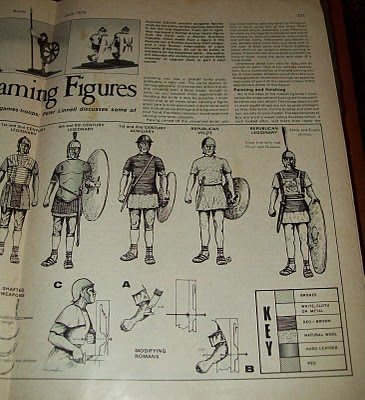 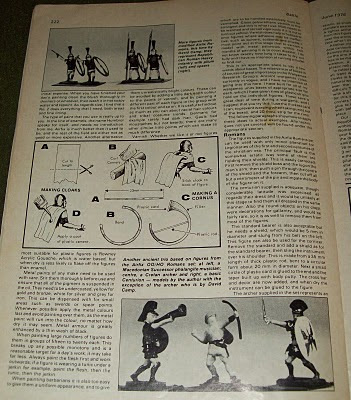 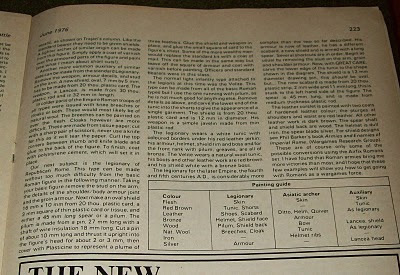 I stumbled upon this magazine at a hobby store in the early 1980's. I was a teen with a great interest in the Airfix, Atlantic and Giant toy soldiers I had, indeed, already begun to convert Indians into French lancers, and my thumbs into pincushions for XActo blades. Having been raised in the country, the town library was the school library, and it was limited to say the least. When we moved to the City, I discovered the Peter Young book "The Wargame" and several Donald Featherstone tomes. Battle magazine was right up my street, so I bought what I could. Inside the June 1976 (vol. 3, No. 6) edition, there was an article by Peter Linnell. It literally changed my whole perspective on what was possible with my Airfix figures. As before, I apologize for the quality and slanted perspective, but each image can be enlarged. Let me know if anyone wants close ups of some of the pictures.
Posted by Doug at 2:20 PM